Why You Should Keep Questioning Authority
Odyssey
CurrentlySwoonLifestyleHealth & WellnessStudent LifeContent InspirationEntertainmentPolitics and ActivismSportsAdulting
About usAdvertiseTermsPrivacyDMCAContact us
® 2023 ODYSSEY
Welcome back
Sign in to comment to your favorite stories, participate in your community and interact with your friends
or
LOG IN WITH FACEBOOK
No account? Create one
Start writing a post
Politics and Activism

Why You Should Keep Questioning Authority

You give 'em an inch, they take a mile. 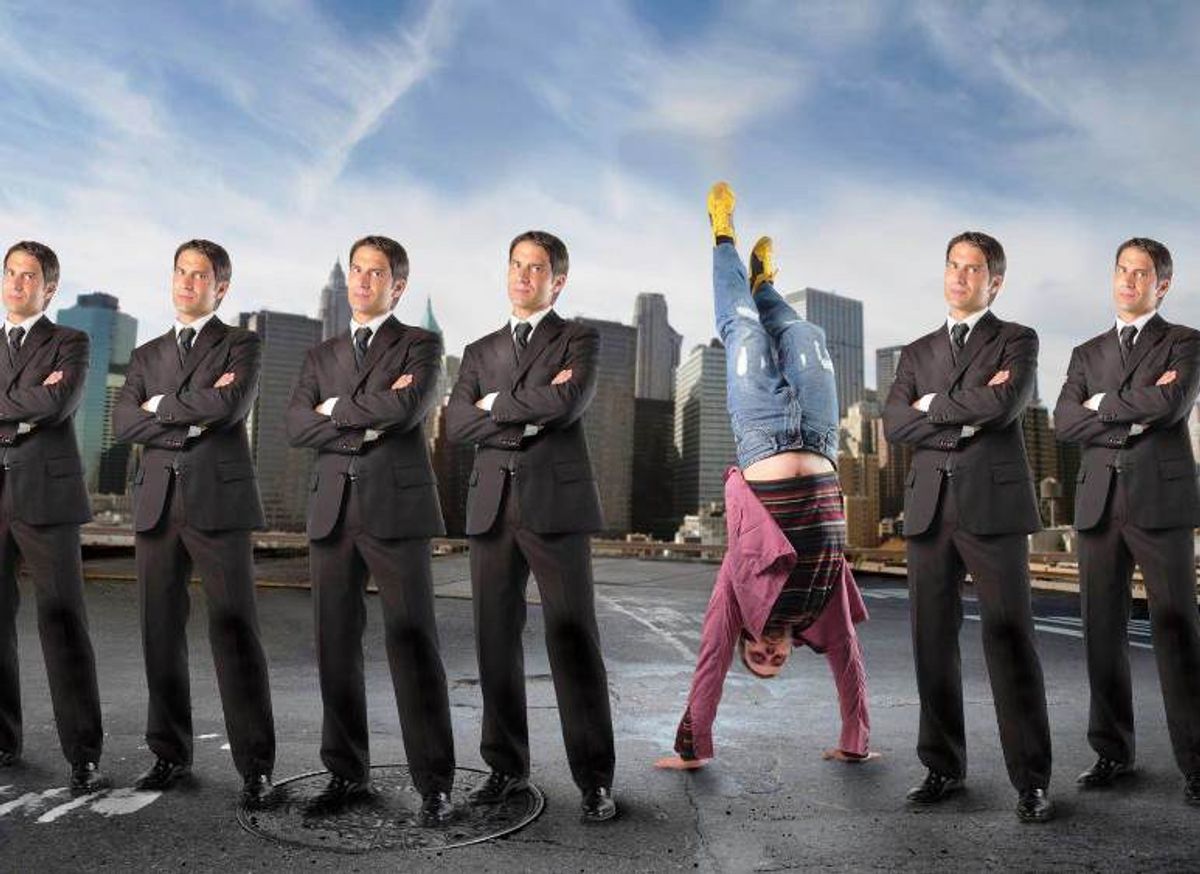 I'm going to tell you a semi-embarrassing story with the intention of teaching you and me a lesson.

It's a story about regret.

It starts with me being at the airport, in line to board my connecting flight from Salt Lake City to Detroit. I'm happy as can be to see home in a few hours, but waking up at 3 a.m. is branding me delusional and slightly ornery. I reach the front of the line and notice the Midwestern ticket scanner, with oily, eggplant lipstick and a sunken face, begin to speak to me in that forced-polite authoritative voice that makes me want to stomp my Doc Marten directly onto her patent leather pump.

"You'll have to check your bag," She says almost tauntingly.

"Well, this bag is clothes; it's not really supposed to be checked," I irritatedly return.

"The overhead compartment is full," She snaps, clearly unwilling to make this a conversation.

"Fine, but I think it'll get fucked up."

You can see her little beady eyes light up, amazed by what I said. She instantly goes bezurk, telling me I'm not going on her flight speaking to her that way. I, without thinking about anything except not needing my all-day, cross-country journey to get any longer, apologize about 50 times and board.

If I had more time, and I wasn't at energy level two, I would've pushed right back. What the hell power does this lady have over me and the words I choose? What does me saying fuck in the context of my bag have to do with boarding the plane or anything at all for that matter? It was disgusting seeing such a power-hungry, policing, judgmental side of someone who should give a crap less. Was she taking the word as a threat? Just the word fuck is threatening enough to remove someone from a flight? Where the crap is freedom of speech― who is this chick, Hitler? It wasn't like I said "fuck you" or anything even close to that, but in retrospect I probably should've.

The best part about this interaction was as I began to walk away, she sneered with a half crooked neck, "That's a small mind expressing itself."

OK, but one question, Have you heard Hunter S. Thompson? He loves to swear, does that make him an idiot? I don't think so, and even if you find his drug-crazed writing style ridiculous, the man's mind was anything but small. So then I realized it wasn't about the word at all, my mangy, long-haired teenage look (though that could've been part of it) or the stick up the woman's ass (definitely another part) ― it was about power. This pathetic little lady has such a boring life, she snaps on the first person who says a word she doesn't agree with, with the intention of ruining their day. Screw that.

If you aren't directing harsh words to someone, there's no rule anywhere that says you can't say them, especially in the Delta hand book. So a lesson for you, reader, and me, in this impassioned manifesto of a story, is to not let anyone, especially some shitty flight attendant in an ill finding skirt-suit, tell you you're wrong if you aren't. Everyone's going to try to police you in this world, and it may be in your best interest at times to go along with it, but don't let it overcome you. Also, undoubtedly, you're allowed to swear. Who cares if people with overly starched shirts take offense? They can go f themselves.

Given the chance again, I would've defended my right to freedom of speech, my right to express myself regardless of other's opinions and not let some miserable flight attendant try to "put me in my place." No one should be bowing down to bullshit authority, and if I had three more hours of sleep and less will to hug my dog than I did in the moment, I would've upheld that.

Nicole Marie Nigro
Individual Creator
8465
c1.staticflickr.com
Where to start...... Let me start with the cliche that life throws us curveballs and what we do with it is what counts.