When you're face-to-face with a emotional or stressful situation, it's the best thing to do. 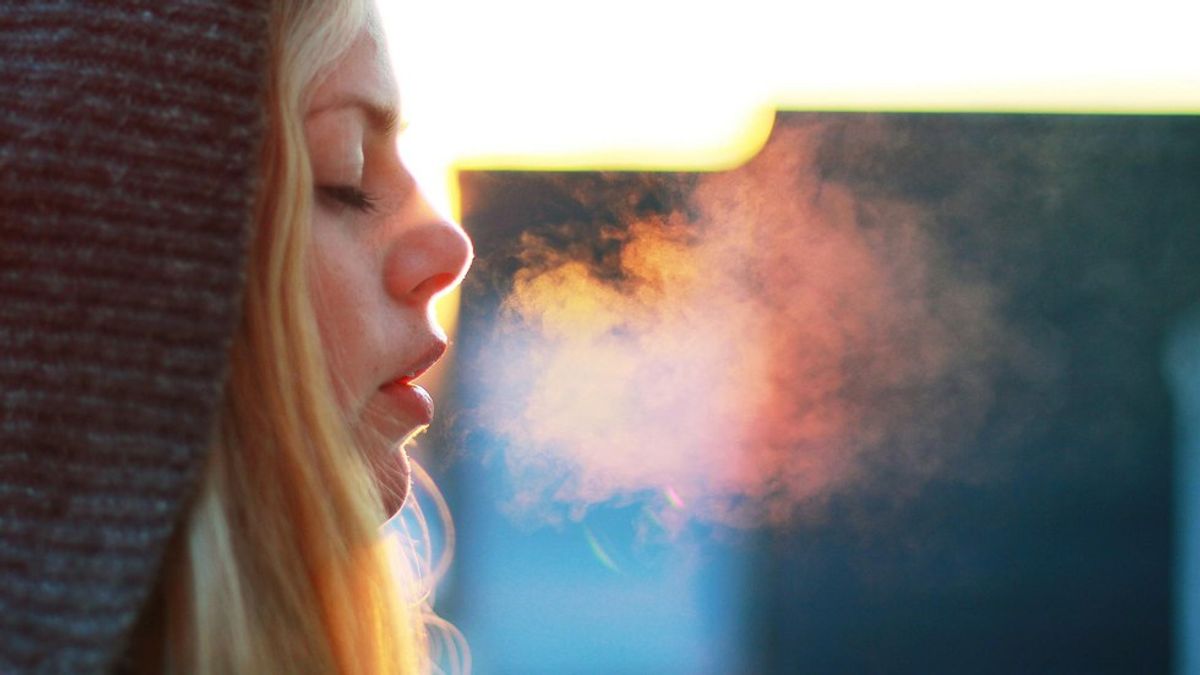 The Way of Meditation

“Are you tired, Grandma?” The boy asks as he sees her eyes flicker.

Her words come out as a mumble as she can’t have her teeth in.

Her speech isn’t as good as it used to be.

“Sometimes, I get tired of walking.”

“You gotta get walking if you’re gunna get better!” the boy’s uncle says.

“I like it in that wheelchair; the nurse wheeled me out to get some air.

The boy watches as his grandmother smiles her famous smile.

“I wake up every morning and say ‘HAH!’”

She coughs from trying to speak loud.

She makes a noise to show she heard him speak.

She nods to tell him she couldn’t make out what he said.

Her ears aren’t as good as they used to be.

He smiles widely at her.

He sees that she’s looking at him, but she cannot see him.

Her eyes aren’t as good as they used to be.

“Every day I pray ‘Oh, Lord, please take me peacefully in my sleep.’”

He knows she didn’t hear everything.

A nurse walks in, an Indian middle-aged woman.

“Okay,” she says as she takes out equipment to test her blood pressure.

The boy’s grandmother smiles and reaches out her arm towards the nurse.

“Oh, she’s so cute,” the nurse says to the boy and his uncle.

The blood pressure strap fixes itself around her arm, bunching up.

Her skin isn’t as smooth as it used to be.

She stares at the monitor worriedly.

She grabs his grandmother’s hand and tries to warm it up.

“No, just breathe, Grandma,” he says.

He reaches out and grabs her hand tenderly.

She makes breathing actions with her mouth.

“Do this. Keep breathing.”

His grandma opens her mouth wide and takes big breaths.

Breathing wasn’t as easy for her as it used to be.

She takes off the blood pressure strap and leaves the room.

“I got two good drivers,” the boy’s grandmother says to his uncle.

She mistook the boy for her son, his father.

He cannot bring himself to correct her.

Her memory wasn’t as good as it used to be.

“You crashed when you did.”

He laughs because of the joke.

She laughs because she knows he must’ve said something funny.

“I couldn’t ask for anybody better.”

Again, she smiles and laughs the same way the boy always knew her to.

It was a laugh that showed the boy how light his grandmother was.

How light she is in a world that always seemed so dark to him.

He remembers that laugh from his childhood.

Accompanied by that smile, it never failed to warm his heart.

The boy felt tears welling up in his eyes but holds them back.

“She’s just tired sometimes,” the boy says to himself.

“Hey, Grandma,” the boy says loudly so she hears him.

She looks at him and smiles and laughs.

“Yup,” the boy smiles back.

“Thanks for coming out to see me,” she says.

“Of course,” the boy says, holding her hand tight.