Kansas City: A Place For Millennials

Why you should live in Kansas City if you're a millennial. 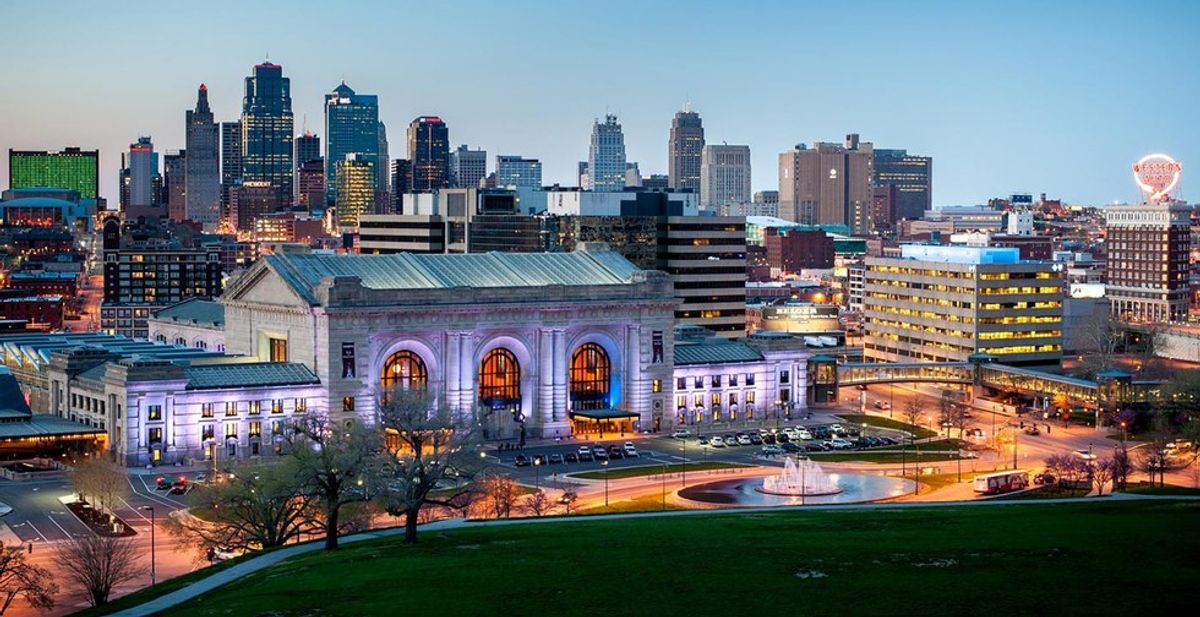 I know, because I've lived here my entire life: Kansas City is a great place to live. But if you're a millennial—basically meaning you were born between 1982 and 2004—it's an even better place to live.

So, out of all the places you could live, exactly why is Kansas City the best place for millennials?

Not only is it affordable, but more and more places are popping up as viable residential areas in Kansas City. Westport, Power and Light District, River Market and The Garment District all offer different options, from houses to chic lofts and everything in between. You can live downtown for less than $1000/month, and—let's face it—there aren't that many places you can do that.

Whether you're just grabbing some quick food with friends or going out for drinks, Kansas City has tons of options. Of course you can never go wrong with barbecue, but wings at the Peanut, a chocolate bag from McCormick and Schmicks and family style Italian food at Buca di Beppo are also hard-pressed to disappoint.

If you want to get drinks, Westport is the place to go. The relaxed vibe is perfect for a night out with friends, and Kelly's is a must. If you want more music and dancing, then the Power and Light District has lots of different bars to choose from. Kansas City is also home to the Boulevard Brewing Company, where you can stop by for a tour and some tastings!

The Bureau of Labor statistics identified that Kansas City, Missouri has an unadjusted unemployment rate of 4.5% for May, which remains unchanged from one month prior and is 0.6 percentage points lower than its 2016 average of 5.10%. Kansas City has also added 2,027 employed workers since May and has added 3,832 employed workers over the prior 12 months.

Along with Kansas City's low unemployment rate, there are many large corporations to work for. Some of the top employers include Hallmark, Children's Mercy Hospital, Cerner, Barkley and Burns & McDonnell.

The list of things to do in Kansas City is endless. If you're artsy, you can head to First Fridays in the crossroad district or the Nelson Art Gallery, which is free and features a large art collection that represents how unique Kansas City really is. The best shopping in Kansas City can be found at the Country Club Plaza, which is home to retailers such as Forever 21, Vineyard Vines, Tiffany & Co., and Tivol. If you want to see a concert, Power and Light is the perfect spot for an outdoor concert with their Hot Country Nights summer series, or you could head across the street to the Sprint Center for a much larger concert venue. The Kauffman Performing Arts Center and Starlight Theatre are the perfect places to go see some entertainment. Need I list more?

Kansas City is a great place for millennials because there are always things to keep you busy, the price of living is reasonable and the job market is stable. So, if you're a millennial interested in getting more for your money without sacrificing art, culture and quality of life, then definitely consider giving Kansas City a chance.

Nicole Marie Nigro
Individual Creator
9489
c1.staticflickr.com
Where to start...... Let me start with the cliche that life throws us curveballs and what we do with it is what counts.