Just Because You're Single Doesn't Mean You're Broken

Just Because You're Single Doesn't Mean You're Broken

For anyone who's ever been told, "Don't worry... It'll happen for you someday." 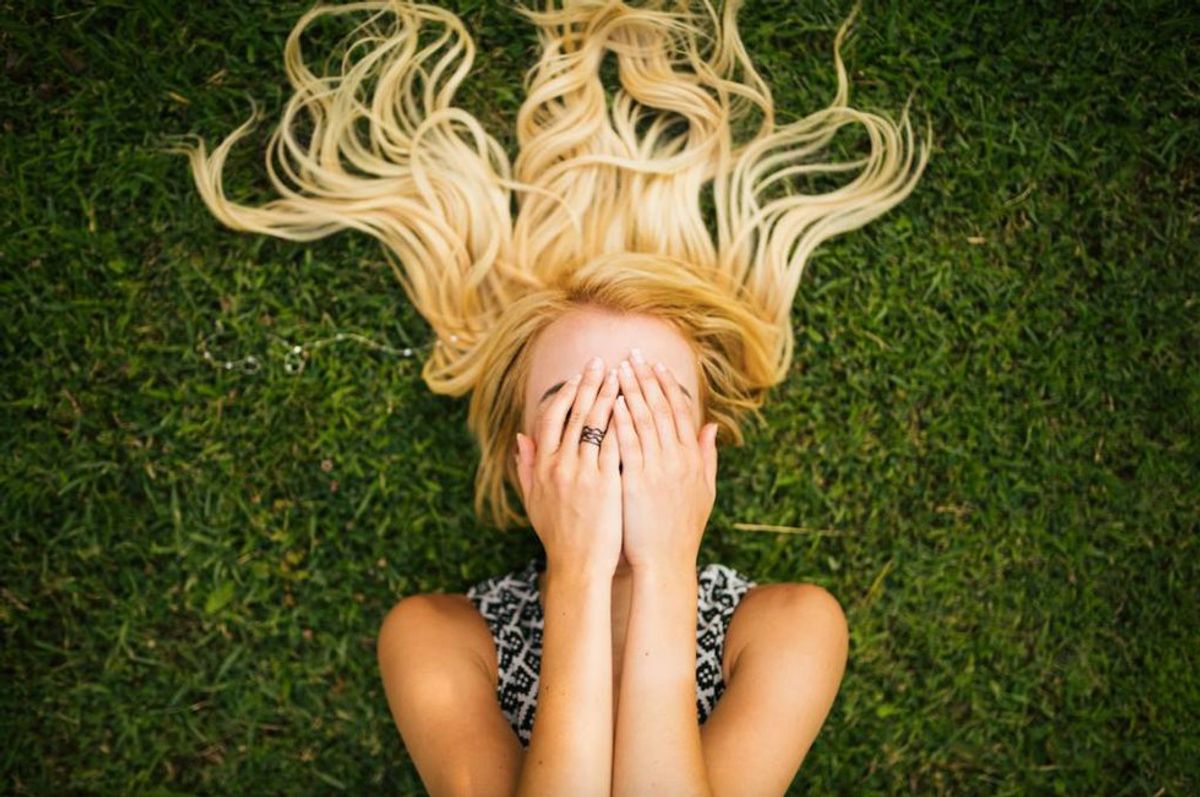 Whether you’re single, married, dating, divorced, or “it’s complicated,” I want you to hear me loud and clear:

Single and broken are not the same thing.

Getting engaged felt a bit like receiving an invitation to the cool kids' table—people know about you, they talk about you, they ask you questions about bridesmaids dresses even though they don’t actually know you, and everything you do is all of a sudden shiny and romantic.

It’s strange, really, and kind of wonderful. Because just like in middle school, you’ve watched a million girls sit at that table, and you’ve always wanted to be one of them.

But as I sat at this new table, I looked around and realized some of my favorite people were missing. My single friends weren’t invited to this table, and I realized the people at my new table were hurting them quite a lot.

Sitting at this exclusive table, we somehow feel like we’ve made it. We want to look back and tell people how to get where we are. We look back at how it happened for us and try to put a three-step process to achieve the same result.

We give ass-backwards advice, or worse, we show pity.

SEE ALSO: 9 Resources To Help You Stick To Your New Year's Resolution

We ask deeply personal questions, prying into each other’s romantic lives. We’re worse than our mothers, asking if there’s a special someone yet, and demanding to know why not.

One of my girlfriends was patted on the knee by a girl several years younger than her and told, “don’t worry… it’ll happen for you too someday.”

Life isn’t magically broken as a single person in the same way it won't be magically fixed with a ring.

Yes, life has changed a lot since Carl entered my life, but I’m not a new human because of it. My life didn’t begin once he slipped the ring onto my finger. My life began a long time ago, and so did yours.

Our relationship status is a part of our lives, not the whole thing.

Our relationships make up a huge portion of our lives, and they have the ability to seriously impact the way we feel. But we’re mistaken to put all of our eggs in the relationship basket, to believe that the status of our ring finger dictates our worth or the joy in our lives. But we act like this, sometimes, and usually not on purpose.

We make perfectly happy people insecure about the fact that they’re single, or just dating, or not yet married. And it’s just got to stop.

And so this is what I think we need to do. I think that single, married, engaged and “it’s complicated” people alike need to take a deep breath and talk about something else.

Because there’s so much more to life than a ring.

God is big and wonderful and He has huge things for us to do in his Kingdom. There are people in this world that need food and water and someone to show them they’re not alone. There are friends to make and skills to learn and jobs to rock and places to visit.

We have important business being on this earth — and I think it’s time we talked about it.

So next time you’re with a friend, regardless of their relationship status, don't ask them about it. Ask them about their hopes and their dreams and the things God is teaching them. Ask them about the best moment of their day, the most beautiful thing they saw, and what they want to be when they grow up.

We are made to do massive, stunning things in this world, things that aren’t defined by a piece of metal around any certain finger. So let’s spend some time talking about it, and give each other, whatever our relationship status, a break.

“If you could go back and give your single self some advice, what would you tell her?”

Awhile back a girlfriend asked me a question I just could not get out of my mind. She asked, “Now that you’re married, if you could go back and give your single self some advice, what would you tell her?” I immediately knew what I’d say, so I sat down and wrote myself four letters full of the advice I would go back and give myself if I had the chance.

I would love nothing more than to share those letters with you! Click here to hear more about them, and if you pop in your information, the first one will be in your inbox before you know it!