Jordyn, You Made The Biggest Mistake Ever And You Probably Won't Shake It

And if I'm being honest, the Kardashians are annoying me with their actions. 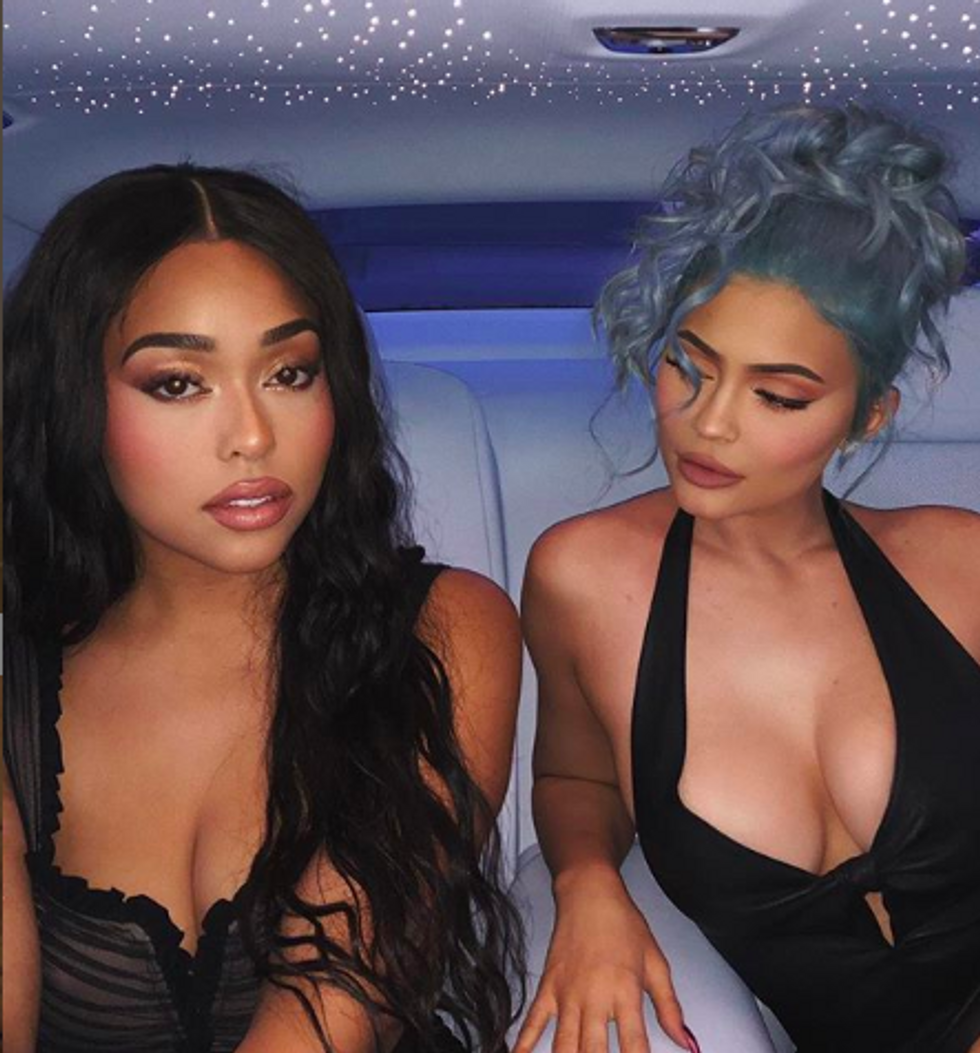 In case you've been under a pop culture rock, Khloe Kardashian's now ex-boyfriend cheated on her with Kylie's (Khloe's younger half-sister) best friend, Jordyn Woods. Jordyn and Kylie have been friends since they were in middle school - they were so tight, Kylie let Jordyn move into her house with her. Kylie bought her a car, let her go on vacations with her and the rest of the Kar-Jenner family, and not to mention Jordyn kept Kylie's pregnancy a secret for months. Jordyn held it down for Kylie and her family - she became the family.

With a series of shady posts from Khloe, Khloe's friend, and Kim, I'm choosing to stand by Jordyn in this hell I know she's living in. I'm not standing with her because she cheated (I hate cheaters), but I'm standing with her because she's now the villain for doing what Tristian has done to Khloe multiple times (and allegedly Khloe took Tristan from a woman named Jordan Craig, so hello karma).

Jordyn made one mistake and is suddenly written off forever, but Khloe was made aware of Tristian cheating when she was three months pregnant and then again days before she gave birth to her daughter. Khloe's family advised her to not get back with Tristian and to just co-parent, but she didn't listen and he continued to cheat on her while she was at home with the baby, but she didn't write him off. Kim and Khloe's friend didn't throw shady comments on Instagram posts. They were dead silent during his ventures that didn't involve anyone affiliated with the family - they condoned it if you ask me.

Jordyn and Tristian get caught up and Jordyn is the worst human being on Earth right now, but here's where the Kardashians are starting to piss me off. Kim and Khloe's friend made a video singing "Don't Mess With My Man" by Neveah (again, shady) calling out Jordyn by singing the last line extremely loud that goes, "Find your own man." Y'all didn't make a video for the times Tristian cheated. Kylie Cosmetics has a deal that everything related to Jordyn is half off - Jordyn's getting horrible reviews on her lash brand, but not because of the quality - because the Kardashians fans are attacking her through the reviews.

Khloe, for you to have a brand that celebrates and embraces women, for you to allow your sister and friend to tear one down is low and honestly so childish on your part and theirs. Kim, you're a mother to three (about to be four) beautiful children and are engaging in this type of behavior; seriously, grow up. Kylie, Jordyn has stuck by your side and could have leaked so many stories about you and your family, but she didn't; she was (and still is) a real one who will hold you down.

Jordyn, you're life will never be the same and this hypocritical family that you called your own will make sure of it. You're about to be blasted all over the new season of "KUWTK" and receive so many comments about being a homewrecker, a slut, and a snake, but I'm not going to sit and watch you fall because the saddest part of this is that while Tristian is praised for "tapping the best friend" and continue to move on with his life, you will lose sponsorships, brand deals, and anything else that will help you succeed in life - your life is over and the Kardashians are going to make sure of that, but they won't try and destroy Tristian.

So call me whatever for standing with Jordyn, I don't care. I'm not going to sit idly by and watch her life be ruined by the misogynistic double standards the Kardashians claim to be against when they're clearly showing their true colors. If you're a female that steps out of line, you're done. If you're a male, you won't be touched — shame on you, Kardashians.