Jon Schnepp was a Hero for Creativity and Passion
Odyssey

Although he passed away far too soon, Jon Schnepp should be remembered as a positive, imaginative voice in a world in need of creativity 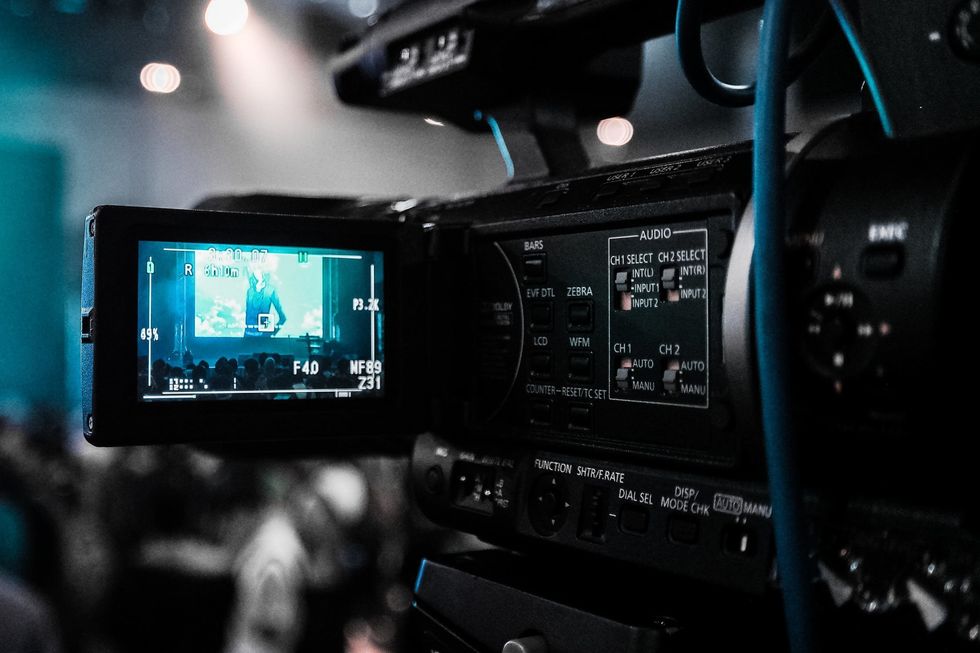 It seems fitting that a creator like Jon Schnepp (1967-2018) would pass away during San Diego Comic-Con. A fan of everything from comics to movies to television to art, Schnepp would probably have been thrilled to see so many fans honoring his legacy.

And for good reason.

Fans would know that Schnepp brought energy and passion into every project that he was involved with. From his documentary The Death of Superman Lives to his work as an animator, director, producer, and voice actor on several Adult Swim Shows (Space Ghost Coast to Coast, Metalocalypse, The Venture Bros, Aqua Teen Hunger Force), Schnepp always found a way to add his unique style into his work through creative artistry, humor, and insight.

The "flavor" (as Schnepp would say) he added always mixed well with the other talented collaborators he worked with and made such projects even sweeter.

While his work as a creator brought him millions of fans, Jon Schnepp has gained fame from his many appearances on podcasts and shows across the internet, mostly with Collider. Here, Schnepp would constantly make his viewers and his co-panelists burst with laughter with his wit.

However, Schnepp did not just appear on such shows for laughs. He also expressed his wide and diverse knowledge of film and media through his run on such Podcasts. Whatever he talked about, Schnepp always found a way to make viewers think and look at the film in a different way.

Schnee was also known for his strong bond with his partner Holly Payne. The two were a match made in nerd heaven, both collaborators with an extensive knowledge of film history and art in general. Their collaboration on The Death of Superman Lives was a great example, but the two also would be known for their many discussions about art and life in general. Through Holly, Schnepp exuded his love and passion for life and art.

It was through this passion that Schnepp gained his following of "sweaties." This term coming from the fact that Schnepp and his friends would get so passionate and so excited talking movies, comic books and life in general that they would get, well, sweaty and loud in conversation.

In most places and on several shows this passion would be looked upon as immature and unnecessary. Schnepp thought otherwise. He formed his own show on Collider, called Collider Heroes, that celebrated getting sweaty and excited about comic book movies and film and he invited everyone on his show. He wanted everyone to feel included, regardless of race, gender or size.

The last word is important, as Jon Schnepp himself was not someone of normal size. With his six-foot-five-inch frame and massive weight, Schnepp was one of the few creators in Los Angeles that was not of a perfect body type. However, he never let that stop him. Schnepp was a determined creator and his voice was always heard.

Such was the case because Jon Schnepp was known to be one of the best listeners in the industry. From listening to interviewees in his documentary to fellow panelists on Collider Movie Talk, Schnepp always came to his jobs fully attentive to every opinion offered.

Even if he did not agree or did not have time, Schnepp could always have time to listen. At a comic-con one year, Sinead De Vries, a former panelist with Schnepp, noted that the big man would be late for a panel and still talk and take pictures with fans while racing across the convention hall.

It is for such a reason why many are at a loss for words over Schnepp's passing at such a young age. He was so positive, so energetic, so kind. He was one of the few people in the industry that always saw the best in others and was willing to work and inspire. He understood the trials and tribulations of being a creator but also took fan reactions and interactions into consideration since he was a major fan himself.

It's in times like today when discussing your film opinions has become a political debate, when people should look at the way Jon Schnepp looked at art. By listening to one another and respecting other people's opinions. Yes, people can disagree, but other's opinions should not be completely disregarded. Not to mention, people should not be afraid to be passionate and express their opinions.

Here's a message Jon made about creation in a recent video for Collider:

"To be a nerd at a comic convention now is to be accepted, rejoiced and celebrated. There is no hatred allowed in our world of the imagination, we are the strong-minded and the accepting of all races, all thoughts, all beliefs. Everything because it is all possible in the mind of creation and to live in a world that accepts pure creativity is truly the only way to live."