Why Selena Gomez Is My Role Model
Odyssey
CurrentlySwoonLifestyleHealth & WellnessStudent LifeContent InspirationEntertainmentPolitics and ActivismSportsAdulting
About usAdvertiseTermsPrivacyDMCAContact us
® 2023 ODYSSEY
Welcome back
Sign in to comment to your favorite stories, participate in your community and interact with your friends
or
LOG IN WITH FACEBOOK
No account? Create one
Start writing a post
Health and Wellness

Why Selena Gomez Is My Role Model

Being happy is something you create for yourself, not others. 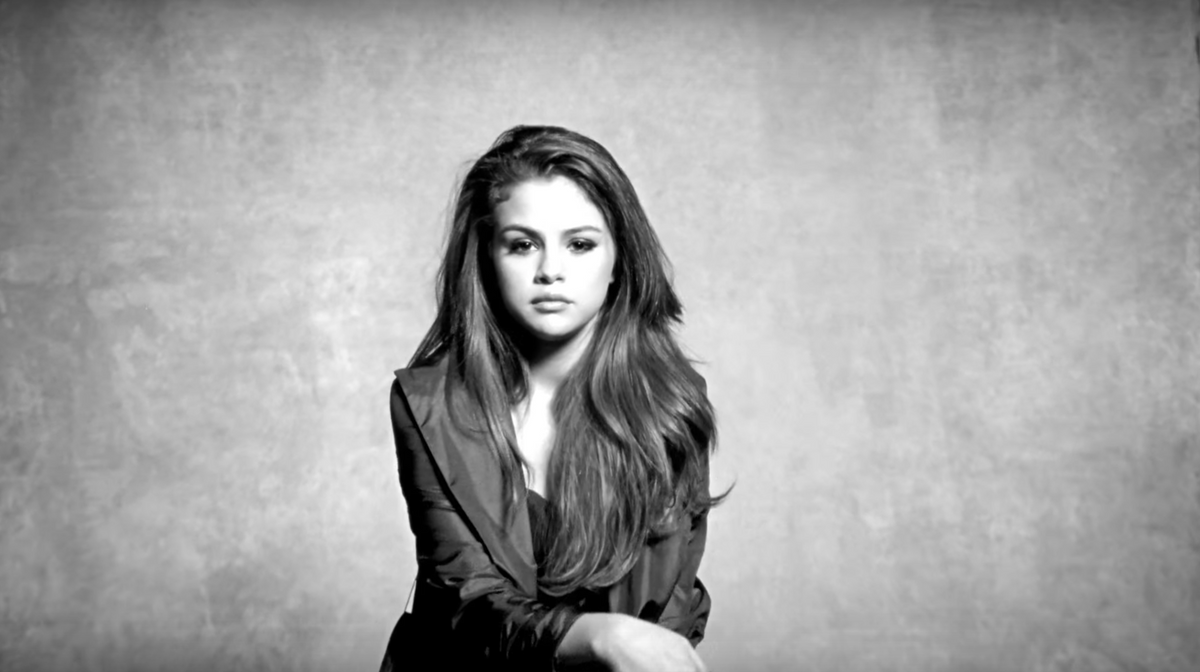 Someone I recently have closely identified with, and am inspired by how she presents herself and her problems, is Selena Gomez. Most of us have a first memory of her as a Disney Channel star, but she has become so much more than that; she has made such an impact on not only me, but millions of others.

“I have my moments of insecurity and figuring out what’s going on and what I’m supposed to do, but if you don’t push yourself, you’re not growing.”

The college experience is what you make of it. Whatever your desire, intention, or goal is, that is what you make college into. You find yourself by being yourself, and that in itself speaks volumes. For me, college is a wonderful opportunity to establish yourself all while earning an education and making connections that will last you the rest of your life. However, it’s not always fun and games on a daily basis, and the daily stress that arises in me occurs more often than I’d like.

“I think it’s healthy to gain a perspective on who you are deep down, question yourself, and challenge yourself; it’s important to do that.”

One of the seemingly millions of microscopic issues I stress over, is the opinion of others at my new home (my university). Transitioning from high school where after four years I finally felt comfortable with where I was and who I was, suddenly got pushed aside and I’m back at the beginning again. For instance, I don’t drink. I established that long ago in high school, and it was then just an accepted fact about me. While the majority of my friends can care less what my illegal and alcoholic activity is currently, I’m still new on a college campus, and whether I like it or not, I still am considered a “goody-goody”. Some may even classify me as a teetotaler: someone who practices absolute abstinence of alcohol, (my words not theirs), but that’s a title I’ll willingly accept. Yes, I’m a college student, and yes, I like having fun, but for me, that doesn’t have to entail alcohol. In fact, I enjoy my practice of abstinence and like to promote it. Call me old-fashioned, but I’ve found other ways to have fun on campus. College parties are interesting events and appeal to certain types of people. I, however, am not one of those people. I don’t enjoy cramped spaces, loud music, dancing, or drinking. For me, there’s no point and everyone should be okay with that choice. You are responsible for you, and no one else should tell you otherwise or make you feel bad about that.

“Most of the time, people say negative things for a reaction, and I can’t even bear to give them that satisfaction. So there’s something that I gain from feeling like I’m the bigger person, from walking away from a situation.”

My main insecurities don’t come from being non-alcoholic but from other struggles like self-love and positive self-talk. I don’t want to say I’m a Debbie-Downer, but I’ll admit the name suits me occasionally. I think most of it initially came from the nerves of coming to a new city with thousands of new people, but more recently I’ve realized it’s mainly shaped by the people who are closest to me. The people I am in contact with the most are the ones who influence me the most often. (Those people currently are fantastic) However, sometimes there’s that one group of people or person that you’re always around, and feel like you should slowly break off from, but never do. They criticize, jokingly insult you, actively point out flaws, and talk behind your back. And for what? Nothing beneficial, just the seeking the approval of others to get them by because sadly, they think that’s the only way.

“People are going to bring you down because of your drive.”

I’ve found that the reason I’ve felt manipulated by such people is because they dislike my methods of living individually or striving to embrace my individuality. There’s always going to be someone who dislikes how you do something or everything, but I’ve found it no one’s job but your own to not allow that to define you.

“People are so mean. It’s exhausting.”

It’s sad when someone’s goal in life is to blow out your flame, but if anything, it should make you burn a little brighter. Doubt is the best motivation.

“Authenticity is my life.”

I love that Selena states this because it’s a great word for the life I pledge to live. The best way to avoid harmful criticism, remain calm, and be happy, is by being nothing but authentically you. A false facade is more work than it’s worth and the end result holds the worst betrayal. Why hide what you were given? Why deny who you are? It’s hard to succeed living a life that isn’t even your own because you’re too caught up in wishing that it was.

I’m a person who hates change, but I love seeing change happen within myself. I think it’s healthy to express yourself and discover what your strengths, weaknesses, what makes you tick, and what makes you ticked off. Possibilities are wonderful and endless, and I like to keep that option available as I trudge along in my college career.

“I’m not trying to get validation; nor do I need it anymore.”

Selena’s best quality: her honesty. There’s no denying stars have secrets they wish would remain out of the media’s hands, and Selena struggled with that. However, she decided worrying about what others did and said was only hurting her and restricting her from moving forward and becoming even more successful. It simply wasn’t worth it. When I look at Selena, I see so much more than just a celebrity. I see someone who feels deep emotions and isn’t afraid to show the world that side of her.

The most impactful quote I have taken away from her, was the quote above. We’re all in the game of life whether we like it or not. I’m encouraging you to change that game and move yourself forward. Don’t be society’s game piece. Being happy is something you create for yourself, not others.
Report this Content
This article has not been reviewed by Odyssey HQ and solely reflects the ideas and opinions of the creator.