Ivanka, You Have a platform, use it

Ivanka, You Have a platform, use it

And use it for good. 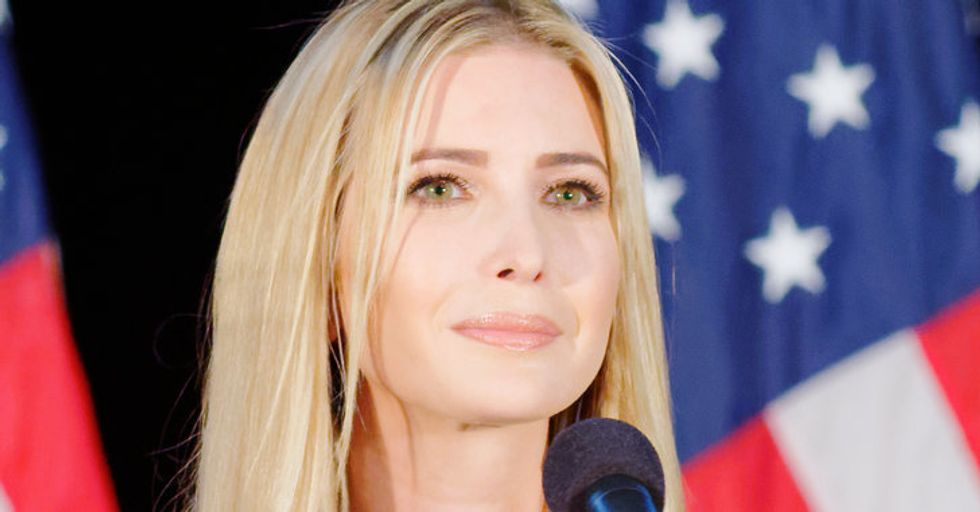 In the face of the family separation occurring on the United States- Mexican border, there has been an enormous outcry from both sides of the aisle.

Across social media, people have been encouraging others to reach out to their representatives to make change happen, fundraising efforts have been started to reunite families and most frequently; calling on President Donald Trump to sign an Executive Order that has now been put in place. All of the living former First Ladies and the current First Lady spoke out against the harsh practice of separating children from their parents at the border.

However, one person from the White House was noticeably silent until the Executive Order was signed; First Daughter and Adviser, Ivanka Trump.

Ivanka has stated previously that she aims to use her platform to advance a pro-women agenda. According to her Twitter account, Ivanka has advocated for extended family leave, child care grants, cyber security job training, increasing women's access to credit in addition to other initiatives.

As a conservative women alone, Ivanka is in a unique position. Democrat women outnumber Republican women in 90% of state legislatures. This is probably because conservatives as a whole tend to have a traditional view of women in the domestic sphere and by running for public office, they are in the public sphere. When women do run for office, they face a double edged sword of being criticized as 'cold', 'unfeeling'. When women try to discuss issues outside of their "sphere" to more traditionally masculine issues (defense, economy etc) they often times are barked at to stick with what they know. However, when women are elected to office, it has been shown that women's issues (education, health care, etc.) are given a higher priority. Additionally, women tend to be more moderate in politics than men which leads to more cooperation in legislatures, which is something DC could use right now.

Ivanka has the chance to help sway the direction of the Republican agenda. But she can't do this by lobbying for issues that are typically not controversial, no matter how beneficial. She needs to speak up for the voices she represents, specifically women. But she is not doing this. In fact, she has stated that she prefers to handle situations in which she disagrees with her father behind closed doors.

There is a tendency for the media to portray an outspoken women as "bitchy". They did this with Hilary Clinton as well as numerous other female candidates across the years. It should not be this way. Any women should be able to freely speak their opinion without the fear of being degraded because of their gender.

Ivanka, you have a powerful voice at this moment in history. You don't need to stand behind a door and quietly disagree. If you see something wrong say it, do something about it. Be a person that young women can look up to, someone who can make real change, and not just hide behind a partisan agenda.

Related Articles Around the Web
ivanka trump
Report this Content
This article has not been reviewed by Odyssey HQ and solely reflects the ideas and opinions of the creator.