A New Perspective On The IU Mold Crisis, As Told By A Mold Crisis Survivor 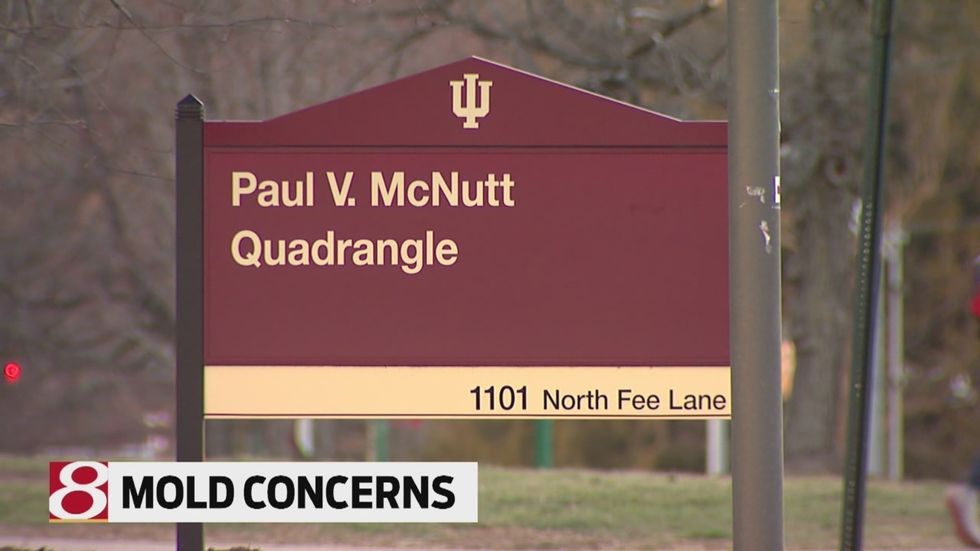 Last year I lived in McNutt Quad, on Bordner 1, in the Kelley Living Learning Center. I'm a journalism major, but am thinking of minoring in marketing, hence the reason for living there.

Immediately when I got to college, I loved it. I met a ton of new people, experienced new things, and generally had a great time. Until about the second week when I caught a cold.

Then came the third week.

Three weeks in, my throat started feeling scratchy, what's usually typical of a cold, but I couldn't swallow anything and it was becoming increasingly hard to talk. I was also constantly tired, but I figured that was because I never went to bed before 1 a.m. and napped religiously from 2 to 4 p.m. most days. I dismissed it as a common case of strep, which I had had every year growing up like clockwork in the winter.

I went to a place that would soon become my home, the Indiana University health center. My dad is a doctor, so naturally, I sent him pictures of my throat, just in case. He asked if my vocal nodes were inflamed, and I, having practically no idea what he was talking about, said

"No, they feel fine." He assured me it was strep, and I went into the health center demanding penicillin. The rapid strep test came back negative.

"I'd like to do the culture test," I said, still in firm denial that it was anything other than strep.

"The culture test is not usually necessary for persons over the age of 18," The nurse advised me as I sat there stone-faced.

"Well, I'd still like to do the culture test," I said calmly, very annoyed that I had not gotten my penicillin by that point.

"OK dear, we're also going to test for Mono, just in case," The nurse smiled slyly as she said it. The Mono test came back positive, and I was practically in tears as they told me there was no antibiotics or medicine they could prescribe, I simply had to take over the counter medicine for the pain, and get some sleep.

The nurse gave me topical lidocaine and plenty of Advil, while my parents sent me truckloads of Tylenol, Nyquil, and Mucinex until I was practically running a drug store out of my dorm room. None of my friends saw me for the next three weeks because I was constantly sleeping, physically unable to get up and move out of bed.

Then, after a month and a half of what felt like a long, slow death, I was finally better and able to resume my normal routine. The next week my throat was feeling the exact same way and I could only sit there and think, "FUCK, what did I do." I went back to the health center (my new home), and the doctors diagnosed me with an "unidentified virus."

This is basically University doctor speak for "We don't know what the fuck is going on, but we don't have medicine for it, so take some Advil and get some sleep." I was starting to wonder if I would ever be healthy again.

The next month and a half was a long blur of colds, Calculus tutors and very little sleep. Then I went home for break and was completely and entirely healthy for the longest time. I went to Mexico over break and lived my best life soaking up the sun. Then I came back to school and within five days of being back somehow contracted Influenza A so horribly that I had to go home.

When all of this happened, I was perplexed because while I was at home, I NEVER got sick save for a cold every once in a while. My friend, Sharon, who lived across the hall was experiencing a ton of the same symptoms, namely an aggressive allergic reaction to everything.

I did some minimal research to try to figure out why something like this would happen, what could possibly be the cause of this, and with a little detective work determined that McNutt had mold. Tons of it. Why else would myself and the people around me be getting constantly sick? Every month, week and day???

And everyone dismissed this idea wholeheartedly. They told me to get more sleep and that I had the worst immune system they had ever seen.

As this semester rolled around, it recently came out that McNutt is absolutely and completely COVERED in black mold. So, basically, I was right the entire time.

I just thought everyone should know, yes, I would consider myself a survivor.

22 Things Incoming LSU Freshmen Should Know BEFORE Their First Semester