In the wake of the Harvey Weinstein scandal, Clinton's problems go beyond policy. 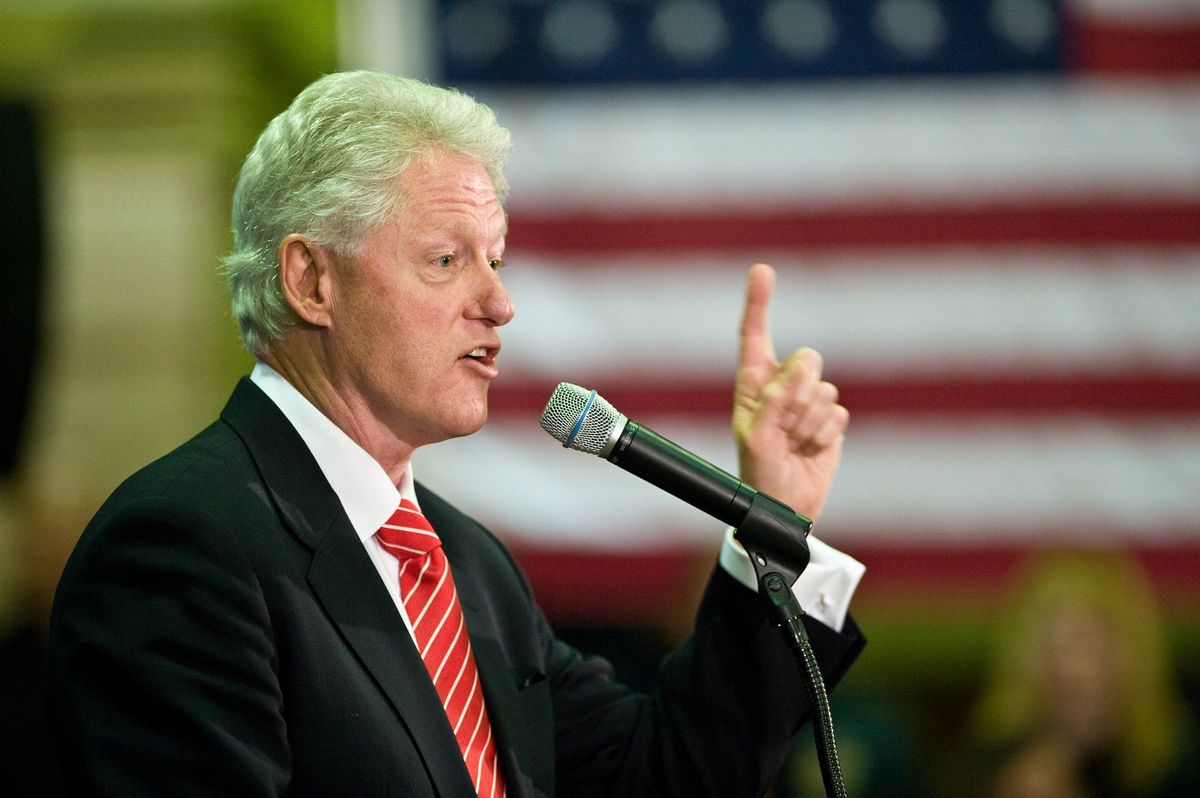 This article contains a graphic description of an alleged sexual assault and may be upsetting to victims.

For some reason, Americans seem to love the Presidency of Bill Clinton. In a 2015 survey, Clinton was ranked as a better president than JFK. While Americans may idolize his presidency, many of his policy ideas are now rebuked as racist homophobic and wealth-centric—especially by Democrats. With all this considered, it’s time for a re-examination of the Clinton presidency—and of Clinton as a human being. In this examination, I think it should soon become evident to Democrats that Clinton is not worthy of their support. It is time for the Democratic Party to distance itself from Clinton—both in policy and as a political figure.

One of Clinton's signature pieces of legislation—the 1994 Violent Crime Control and Law Enforcement Act—has become infamous as a cause of mass incarceration and recidivism in American prisons. The bill gave more funding for prisons and police officers—encouraging harsher punishments, removed higher education options for prisoners, and enacted a “three strikes” policy—mandating life in prison for 3-time offenders. All of these policies are generally understood to have led to prison overcrowding.

Clinton Era Policies have also systematically hurt the poor and middle class. Clinton's 1996 block-grant Welfare Reform made it easier for states to wipe out welfare altogether—leading to more food insecure families and an elimination of the safety net in the south. Additionally, his 1999 repeal of Glass-Steagall, a piece of legislation that separated commercial banks from investment banks, caused banks to distribute false loans, and fund corporations like Lehman Brothers, leading to the 2008 financial crisis, which cost middle class jobs.

Finally, Clinton has had a checkered past on LGBTQ issues—having (begrudgingly) signed a federal ban on same-sex marriage, and enacting the infamous “don’t ask don’t tell” policy concerning Lesbian and Gay service members. Luckily, neither of these policies stand.

However, Clinton has apologized for most of these bills. The most disgusting part of his legacy is also the most trivialized. Clinton’s romantic and sexual life is often dominated by jokes about his infamous affair with staffer Monica Lewinsky—and his famous line “I did not have sexual relations with that woman.” Unfortunately, these jokes cover up a deeper problem in Clinton’s character. Clinton has been accused of both sexual harassment and rape. Paula Jones claims that Clinton called her to meet with him in 1991. When she entered his hotel room, Clinton allegedly took off his pants and demanded that Jones “kiss it.” Jones quickly fled the scene. The most disturbing allegation against Clinton, though, comes from nursing home worker Juanita Broderick. She alleges that Clinton raped her in 1978. According to her report, she went to Clinton’s hotel room to talk about his campaign. However, after a couple minutes of campaign talk, Clinton allegedly began to kiss her. She allegedly told him she was married and wasn’t interested in him, but he was persistent and continued to kiss her and bite her lip. He then, according to Broderick, forced her onto the bed, and proceeded to rape her, bruising her lip in the process. Then, he disgustingly left the room with his sunglasses on, saying to her “you might want to get some ice for that [lip],” showing an appalling lack of remorse. Clinton has denied these allegations, writing them off as a political witch hunt against him, and often refusing to comment. He did settle a complaint with Jones for $800,000, but only to protect his public image. But on the whole, he has refused to publicly engage with these women’s allegations, and has often been accused of systematically silencing them. He refuses to allow possible victim’s voices to be heard—which, even if he is innocent, is a terribly destructive act in and of itself, as it contributes to a rape culture which systematically silences victims.

From the Access Hollywood tape and the Harvey Weinstein scandal, society has learned how little consequences there often are for men in power who commit sexual assault and rape. Unfortunately, Bill Clinton has been sorely lacking from this discussion. Clinton’s flaws as a democratic icon go far beyond policy—they indicate at the very least someone who massively contributed to rape culture, and at worst an alleged rapist. The left is in the process of reconsidering how it values and upholds sexual assaulters—and in doing so it needs to re-examine the checkered legacy and personal values of a former democratic president who is far too large a force in the modern party. It’s time Bill Clinton is seen for who he really is.