It Is Okay To Fall
Odyssey
CurrentlySwoonLifestyleHealth & WellnessStudent LifeContent InspirationEntertainmentPolitics and ActivismSportsAdulting
About usAdvertiseTermsPrivacyDMCAContact us
® 2023 ODYSSEY
Welcome back
Sign in to comment to your favorite stories, participate in your community and interact with your friends
or
LOG IN WITH FACEBOOK
No account? Create one
Start writing a post
Health and Wellness

It Is Okay To Fall

Failures lead to the biggest successes 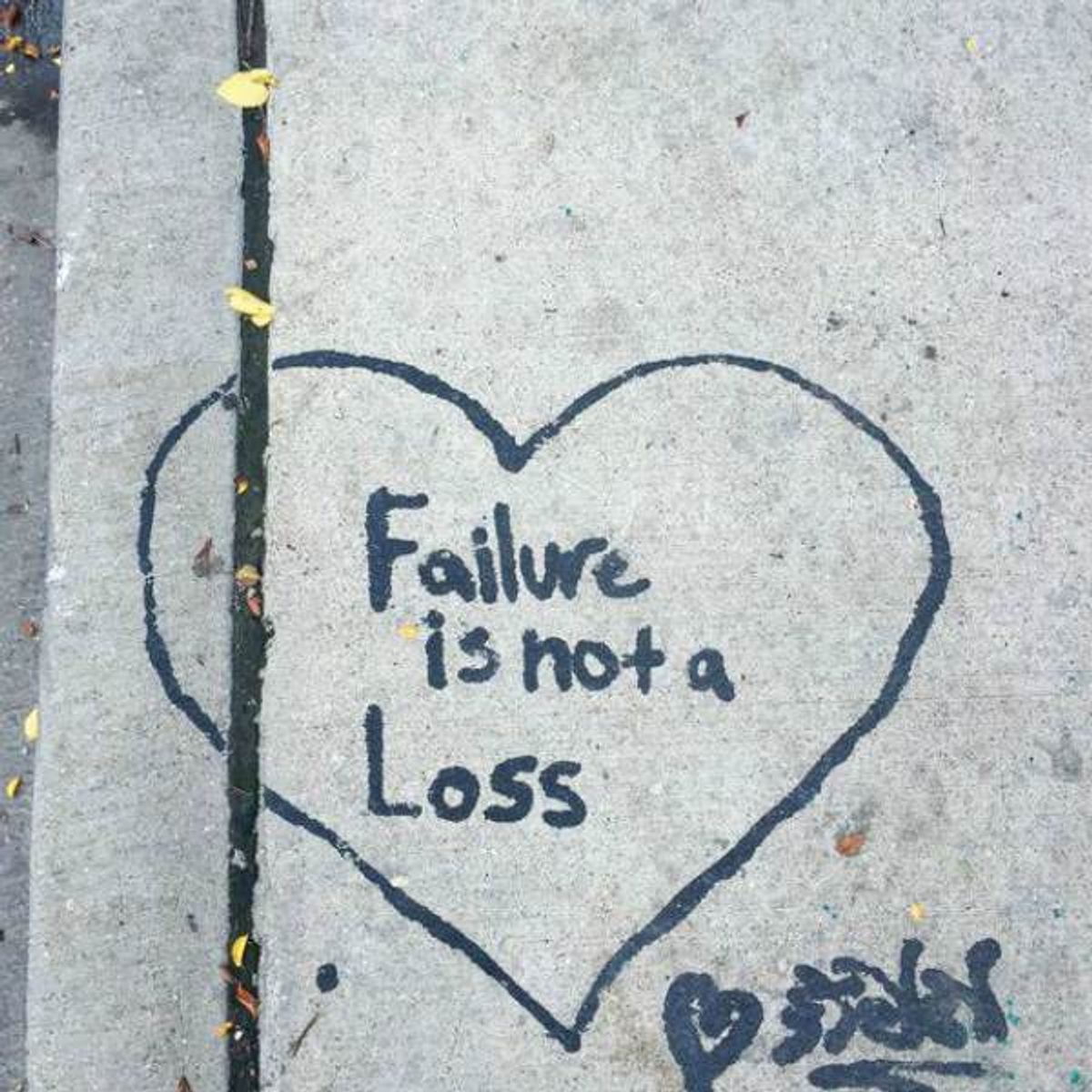 I am just going to say it: failure sucks.

Anything from failing a test to failing to keep a relationship afloat to even failing a job interview creates the upmost pain for perfectionists, myself included. It seems to be that we fail at one thing and we automatically associate our whole lives as a failure. However, that could not be more false. There is a reason we are not the best at everything and there is a reason that we fail at certain things to be successful at others. The things we are successful at are the things that we pursue on a higher level and the things that we an actually be proud of.

The truth in life is that nobody is good at everything. Even the smartest people you know have something they are not good at. Whether it be at school or sports or relationships, there is a secret battle everyone is fighting that you have absolutely no idea about. Students will boast their grades out like it is a surefire way to make them feel successful. Don't get me wrong, while getting a perfect SAT score is definitely something to be proud of, not copping that 1600 does not make you a failure.

Let me tell you a story, last year, I took one of the hardest classes offered within my already competitive high school, Honors Human Anatomy. I truly don't know what I was thinking because that class was obviously way too over my head. Somehow, I got in my mind that Accelerated Anatomy just wasn't good enough, and since I want to pursue a field in medicine that it HAD to be honors. So, I walk into my class and very eager to start the year off. Looking around at all my peers, they were all in the top 20 percent if not top 10 percent of my school, they were all going to go to the Ivy Leagues, they were all going to become famous physicians. I instantly felt like I wasn't good enough. So often, we had quizzes in which we would announce our scores to the class. Not getting a perfect score made me feel less and less likely to be able to pass the class. I failed many quizzes, unit tests and practicals. However, I did finish the year with the class by the skin of my teeth and in my mind I equate finishing the hardest class of my life with success. The amount of hours I put into studying and notecards and trying to memorize all of the bones and muscles is considered a success in my mind.