It Doesn't End in High School

I never thought that I would be fat-shamed in college. 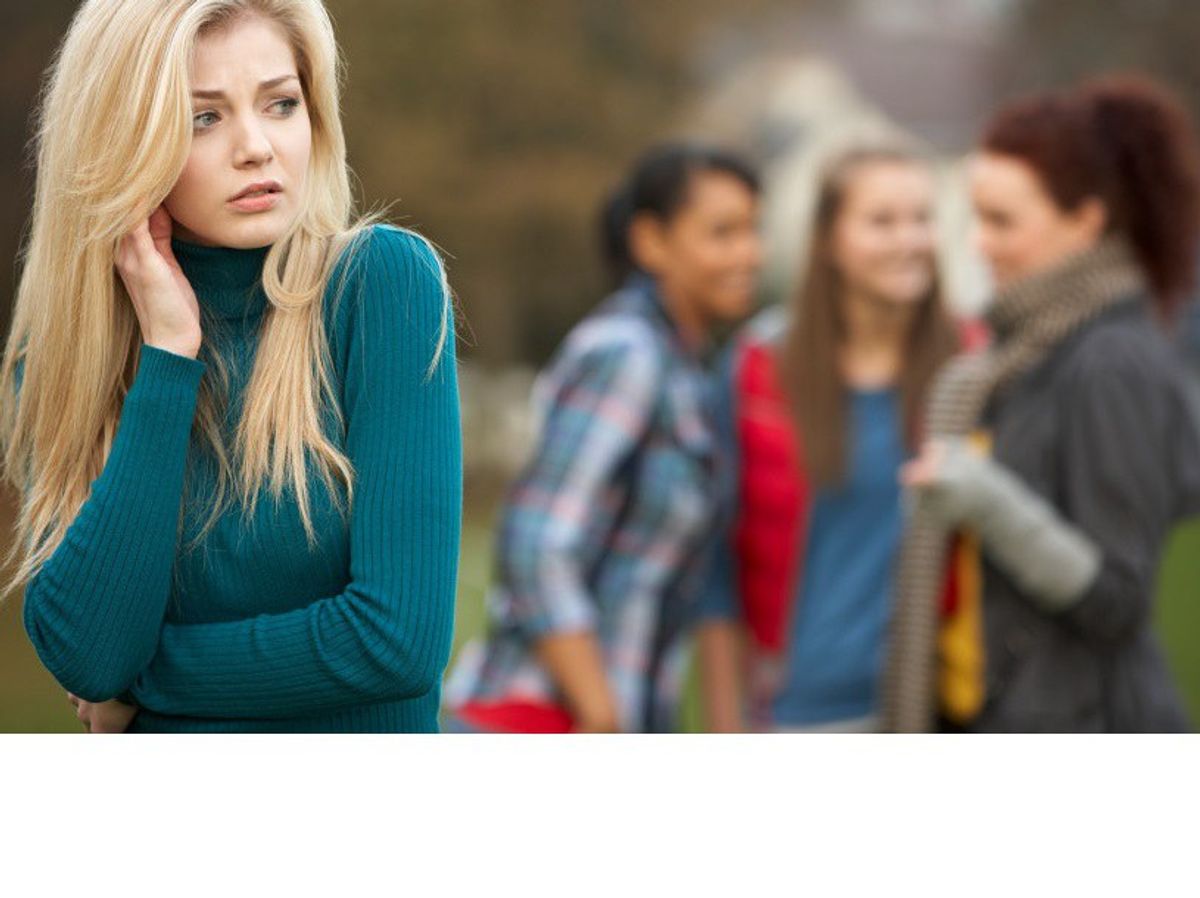 Coming back to school was hard. I came back to school and I got hit with one thing after another: a significant trauma, an enormous ovarian cyst, a severe cold, and some petty bullying. All while trying to re-adjust to being back at college following a six month break. I took a break from school and when I left, I was in such a bad place and I was constantly suicidal. So, coming back to a hostile environment was not what I wanted.

I am good at being alone, but I don’t like it. I grew up having to be alone because I was a weird kid who wasn’t well liked. Thinking back to my time in school, I really believe many of my peers were making fun of me the entire time because I have always been the fat girl. I have never been able to wear cute clothes and I remember my weight being a big deal in middle school. I haven’t worn horizontal stripes since 5th or 6th grade when a girl told me “fat people don’t look good in stripes.” I really wanted short hair in 7th grade, and after I cut it, I was told that “fat people don’t look good with short hair,” and “your hair makes you look fatter like that.” In 4th grade, I had boobs because I was fat and they naturally began to form subtle lumps. I was made fun of for it.

I have grown up knowing that I was fat. And I still know it. I can’t buy jeans for less than $40. I have learned to live with my biggest insecurity. It’s not like I can hide it. I can cover up a pimple and whiten my teeth, but I can’t hide my fat. I can’t hide my body.

So, I call myself fat because when I tell it to myself and I acknowledge it no one else can hurt me. When someone walks up to me and calls me fat, it doesn’t hurt as much. Because I am fat, and I know it.

However, there is a difference between someone saying it to my face and talking about me behind my back. Or, in this case, in the form of “messages” on my dry-erase board. Someone kept changing what I wrote to say “eat.” And yes, this sounds so stupid, but it got to me so much. I hadn’t self-harmed in months, but I wound up falling back into the habit of doing it daily.

The following day I was still torn up about it, so after class I went over to counseling services because I like to talk it out. I am someone who feels best when I can just talk about it to someone. After that appointment, I felt better. But then I went back to my dorm and it had happened again.

Now, I realize that this doesn’t sound like much. But, I have put up with this garbage for my entire life. I am also not someone who is very receptive to harsh comments. I cried over this and I feel as though it launched me into my current depressive episode. I am not going to class, and I honestly have little to no motivation anymore.

I have no idea who this individual is, but I did receive an email saying that the college is aware of who they are and they have been advised to cease contact with me while they go through the disciplinary process.

I think that it is important for us to remember that we need to be respectful of each other and we need to be mindful of how our actions can impact someone. Honestly, I was doing much better before this semester began and while it is not entirely because of this individual’s actions, they caused me to break. It was a last straw for me and I felt like everything was happening all at once. I’m not advocating that we censor ourselves, but rather that we treat each other with respect and that we treat each other like human beings.

Basic respect – treat others how you want to be treated – isn’t optional.