Is Utilitarianism A Silent Killer?

Is Utilitarianism A Silent Killer?

Are your ethical views on life wrong? 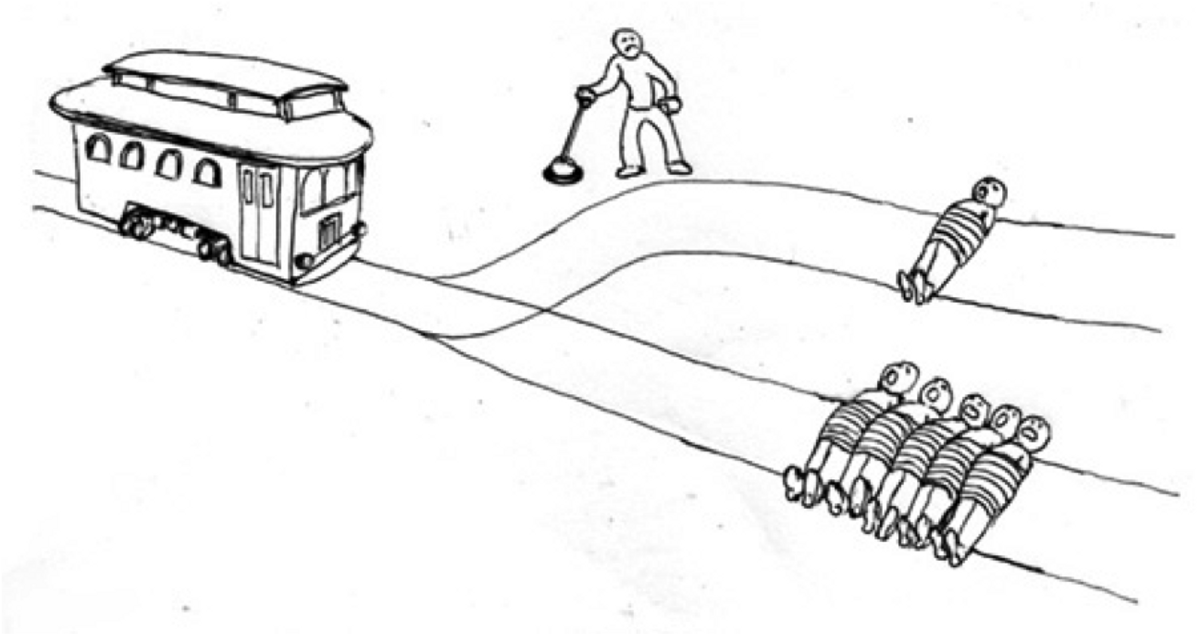 Has man always sought the knowledge to tell the difference between right and wrong? Humanity never started off with such knowledge, but yet we have evolved into a being of intellectualism. From a beast on all fours, to a morally just being on two feet. As the human race, we can clearly tell how far man has come. But does every man, woman and child understand the differences of good and evil? Or do we blindly assume that everything is okay in the world and go on living our lives because nothing else matters? Each and every person on this big blue planet has a moral compass telling them what to do, even though most of these compasses have our travelers lost.

John Stuart Mill is a philosopher who brought Utilitarianism to the light of the world in the late 1800’s. We could describe this as one of the moral paths a person could possibly take in their life time. Here is why most people chose this over any of the other ethical choices. Utilitarianism is the moral theory that an action is morally right if and only if it is productive of the most utility (happiness, pleasure) for the greatest number of persons. To most, that sounds like something every typical person should do at any given time; especially when it involves a large number of people being happy.

Now, let us take a couple of steps back and talk about the father of Utilitarianism. Jeremy Bentham founded this term years before Mills took the reins. He was also the man who created the Hedonistic Calculus. A system to calculate the most pleasure in any given outcome and makes it easier for Utilitarian’s to make a decision in any situation. Therefore, making this moral term to be more priceless. Having two famous philosophers and a calculation system should be enough to make this path a moral gold mine, even though you’ll lose all sense of emotional attachment to people by doing so. Most people are now questioning the last statement they read and are now trying to figure out any flaws with being a Utilitarian. Well, let us break this entire thing down even further, so we can get to the root of evil.

First, we can start by breaking down the true meaning of what a Utilitarian really is. It's fine to want the most good for humanity, but what they really want is to only count every person as a number. As a whole they don’t see people as human beings, but as living digits that tell them what they can and can’t do to make them happier. Doesn’t that seem a little weird that they want to bring about the most good for people, but can only see you as a pool of numbers and calculations?

Secondly, they can’t and will not do anything that doesn’t bring about the most pleasure in a group. Meaning, they couldn’t kill an ex-convict who was going to kill again; if it meant the family of that person would be mortified and sad for the rest of their lives. Which is a huge flaw and contradiction to the whole backbone of what Utilitarianism is all about. Most people would be concerned if someone who followed this ethical path took matters into their own hands and tried to save a group of people from a serial killer. The outcome could be any unknown and maybe even a harmful answer. Especially when they only see you as a number of pleasure and pain and nothing more.

Lastly, the Hedonistic Calculus is a tool that aids them when they need to figure out which path has the most pleasure at the end. Even though that could take minutes and maybe even hours to calculate for any given event or moment. Shouldn’t the answer to any given disaster be to do what is good and nothing else? Why do you need to calculate what everyone wants and hates to understand what should be done for a situation? At any given moment innocent people can be in harm’s way, but you are crunching the numbers and trying to figure out what you should do.

We could even add insult to injury by saying that robots do this kind of work all of the time. Inventors have created AI that processes different scenarios and events, then it crunches the numbers and looks for a good outcome to that same event. One of these robotic beings is Apple’s (Siri), why do I need a human being to crunch the numbers; when my phone seems capable of doing it for me? There are even more robots that use the same category, one for instance, are robots in healthcare. They give doctors routes to go and different ideas on how to do a procedure accurately, which is still something that doesn’t need to be done to get a great outcome.

If you care enough about your well-being or you want to choose outcomes for the greater good, I would suggest that this is not the philosophy you want to live by or die by for that matter. If you choose this moral path, get ready to waste your precious time calculating people as numbers and not enough of it saving the people you care most about.