Is The 21st Birthday Really A Big Deal?
Odyssey
CurrentlySwoonLifestyleHealth & WellnessStudent LifeContent InspirationEntertainmentPolitics and ActivismSportsAdulting
About usAdvertiseTermsPrivacyDMCAContact us
® 2023 ODYSSEY
Welcome back
Sign in to comment to your favorite stories, participate in your community and interact with your friends
or
LOG IN WITH FACEBOOK
No account? Create one
Start writing a post
Student Life

Is The 21st Birthday Really A Big Deal?

Sure, you can legally drink, but where does it rank in big birthdays? 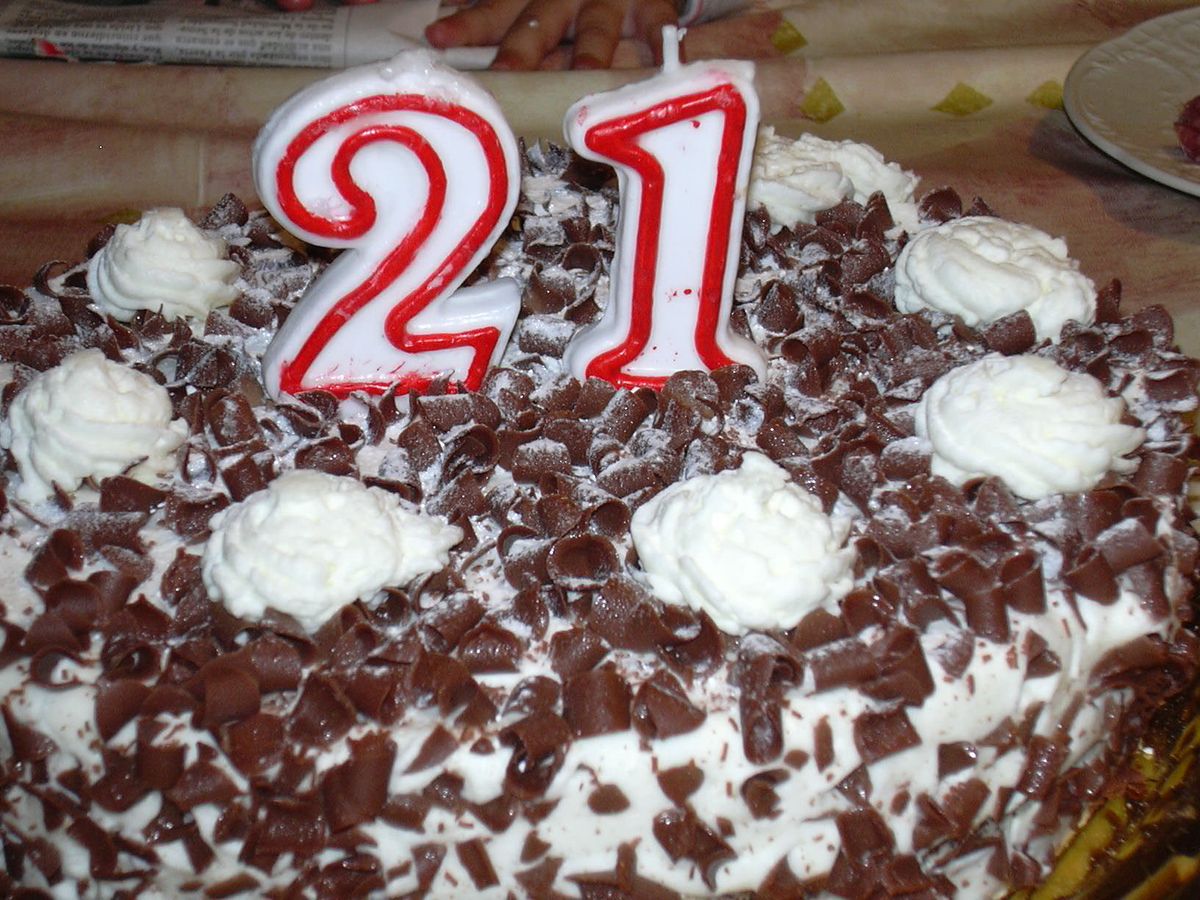 If you were ranking birthdays, where would the 21st one rank? I mean, all birthdays are important. I love celebrating people's birthdays. I've long said and believed that your birthday is the one day that everyone should have to be nice to you. Heaven knows that, on regular days, people aren't especially nice to one another.

Don't believe me? Spend some time at a 4-way stop sign and observe.

But back to my original question: Where would you rank the 21st birthday in order of importance? My son turns 21 this week and it really feels weird to me. He's already an incredibly mature young man. Turning 21 isn't going to make him any more mature. In fact, I'm pretty sure lots of people lose some maturity on their 21st birthday. I hope he's not one, but...who knows?

I remember turning 21. If you're not a drinker, turning 21 isn't much more than just turning another year older, is it? Let's be real, the 21st birthday is the one that pretty much makes you legal to do that one last thing you weren't legal to do the day before it...buy alcohol...and that's it.

I remember the day my son was born...August 11, 1996. Is that REALLY 21 years ago?! Since he was my first child, I was, of course, terrified of the whole process. I worried that something would go wrong. I was worried that I'd mess this fatherhood thing up. I was humbled when I first saw him. I'd never known love like that even existed. He was majestic. When he was finally delivered (his mom was in labor about 20 hours), I stood there amazed...paralyzed by fear and excitement all at the same time. He had a rough start (he was a 4 on the Apgar score) and he had to spend a few days in the NICU. That was tough, but not as tough as the first night we brought him home. Good heavens! Did these people know what they were doing? I had no qualifications to be in charge of this precious new life. I've never been more terrified in my life than I was those first few nights Tyler was home.

So, symbolically, his first birthday was a big deal. So was turning 10. My son was now in double digits in age. That one hurt. Time was getting away from me. Then came the 13th birthday...a teenager. A teenager?! Really?! HOW?? I just brought him home from the hospital about two weeks ago, it seemed.

Sixteen...is there a bigger birthday in a boy's life...to that point...than his 16th one? I remember turning 16. I couldn't understand why it was such a big deal to my mom as I pulled my 1976 Malibu Classic out of the driveway and drove off...alone. The child that I was just the day before was gone forever. My mom knew this. I didn't. Getting my driver's license and car gave me an independence that I'd never had...and changed my life forever. I'd never have to ask mom for a ride again. To me, that was awesome. To my mom, it was horrible. When I drove off...even though I was going about two miles away...I know that a piece of my mom died that day. I know that because the same thing happened to me when Tyler drove off when he turned 16.

Oh, the circle of life.

Then came 18. In the eyes of the law, he was an adult. He could vote. He could fight and die for his country. But how in the world could that be so? Shortly after he turned 18, he had his Senior Night at McCallie...his last regular season football game. As he ran towards me from the end zone, I stood there in the middle of the field seeing both the 18-year-old Tyler and the four-year-old Tyler coming my way. I'll never forget that feeling. How could he be 18?

Twenty was big birthday too because, well, you're no longer a teenager. All birthdays that end in a zero are big. I'll be 50 next year, so I've got that going for me.

For Tyler, it's another year I've gotten to marvel and the man you've become. You never cease to amaze me. Always stay true to who you are because you are a wonderful young man. A wonderful 21-year-old young man. And I'm proud of you.

Back around Father's Day, I read an article in the Chattanooga Times Free Press. It was written by Chattanooga cardiologist Dr. David Wendt and included in a story he wrote about the passing of James Chapin, the father of slain Chattanooga police officer Tim Chapin. In the article, he described how James changed and lost his zest for life once his son was murdered. I can't even imagine that sort of pain, but I totally understand the way my son makes my life better...the way he makes it worth living despite all of the punches life throws me...I understood. In the article, Dr. Wendt describes the father/son relationship in an amazing way. I could not possibly do better than this, so I'm just going to quote him:

"From the time a father first holds his newborn son, there courses through his hands an immutable, complex bond.

In his infancy, a father says to his son, "I will protect you through these times."

In his adolescence, a father says, "I will help you learn compassion for your fellow man."

Then, when that time comes for independence, a father says, "I will send you on your way, to follow your heart and your destiny, though part of my heart will always be with you."

In our hearts, our sons embody the best of all the things that we are. We wish for them the opportunities that we did not have; we hope in some way they will change the world. We encourage their grit, relish their struggles, take pride in their victories and celebrate their tenderness. We dream for them a full future, a healthy planet on which to live and a just society in which to grow."

So yes, the 21st birthday is a big deal. It's a big deal because you are growing one step closer to following your heart and your destiny. I can't wait to see what happens.

Happy 21st birthday, my son. I love you so very much.