Social media may consume us, but is that always a bad thing? 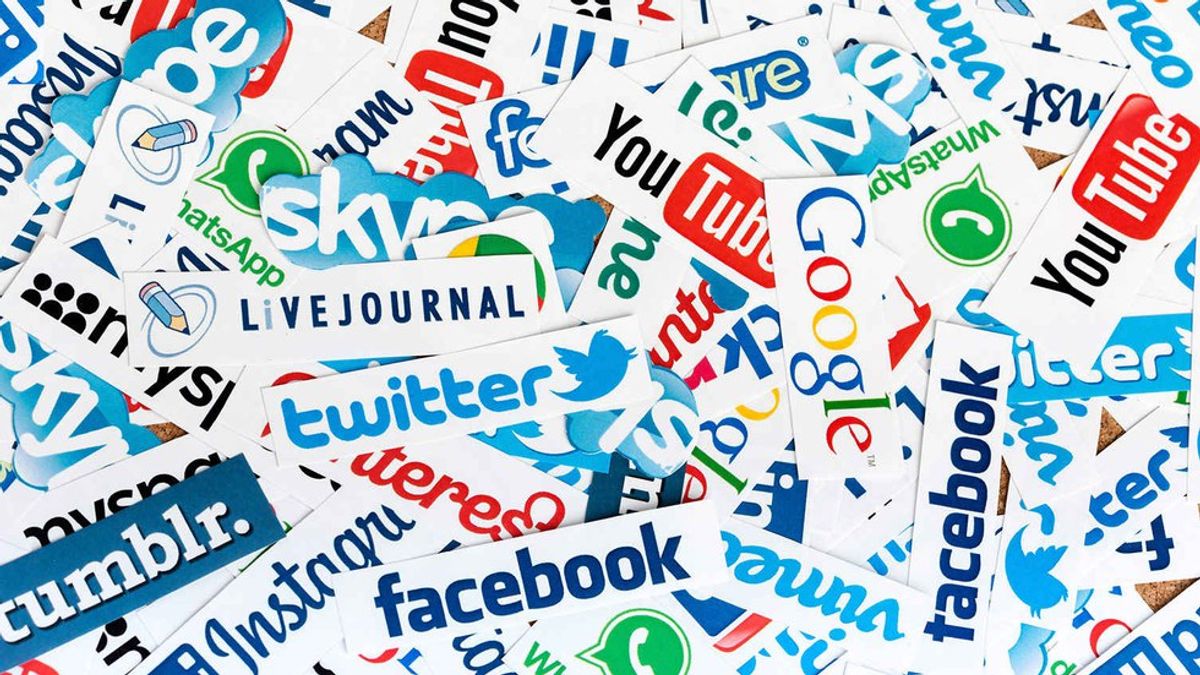 "Social media is changing the way we communicate and the way we are perceived, both positively and negatively. Every time you post a photo, or update your status, you are contributing to your own digital footprint and personal brand." --Amy Jo Martin

It is quite tricky to put an answer to the question of whether or not social media enhances or detracts from society. I feel that there is a very split view on this question, and that view does have to do a lot with age. Typically, you see most Baby Boomers who aren't fond or knowledgeable of any social media besides Facebook (this is you, Mom and Dad!) On the contrary, you see young adults and adolescents from Generations Y and Z who are completely consumed by social media, some making their living off of being a social media star, on platforms such as Vine or Youtube.

As a member of Generation Z, I have a pretty split opinion myself on this issue of the pros or cons of social media in our society. I think any member of society with Wifi and a device to connect to can see there are both positives and negatives to social media, however, I feel that many people perceive the negatives to outshine the positives.

Social Media Has A Negative Impact Because...

Social media unfortunately has a negative impact on society, because instead of people having to build up their own strength to be mean and say horrible things to someone in person, face-to-face, they can hide behind their phone, tablet, computer, or any sort of virtual shield that will keep them from having to confront anyone, all the while spreading hate and pettiness. When you leave a hurtful remark on someone's Instagram picture, you don't have to visually react to that person being hurt and you can say those mean things, and then just leave them to be crushed by your words and not know why or if there is any real reason you may have said those things. Social media apps such as Twitter fuel the fire between teenagers trying to get the most retweets and likes, even if that means bashing on someone else's tweets, pictures, etc. Instagram is similar, where even if no one is directly hating on your posts, many teenagers are constantly in dire need to have their photo get more likes than the next girl or guy, to feel a sense of fulfillment or accomplishment. Numbers are a HUGE thing with social media.

"Those two girls posted the same picture, but one of them got 50 more likes! How embarrassing for the other girl."


"How did he get so many likes on that tweet? He literally just tweeted 'Man, I love college', like that's not even creative or funny!"

Those are both things I've actually heard people say, which just reemphasizes how many people are possessed by social media and the fame and popularity that can come with it, but doesn't always follow suit to one amazing tweet or a super artsy Instagram picture. It is the drive to reach that "status" of fame or popularity that ultimately corrupts so many girls and guys, and the image they have of themselves and their peers.

Social Media Has A Positive Impact Because...

Social media doesn't have to always be perceived as something negative and harmful to anyone it touches. Social media has shown it can be a great, uplifting tool for many youths and young adults in our society.

As you have probably seen on Instagram, almost anytime a girl posts a pretty picture of herself, she gets resounding praise from her friends and peers (at least that's what I've seen). So many people comment about how beautiful she is or how she is #goals

Social media has been a major outlet for people who have come out as homosexual, seen on places such as Youtube, Twitter, Instagram, Tumblr, and Facebook (once in a blue moon though). These individuals confide in their social media, and from what most can see, there is a tremendous amount of love and support shown towards those individuals who share their story. But, it's not just people sharing their coming out story. People can share their experiences, both good and bad, things they've had to overcome, amazing stories of memories they will cherish for their lifetime, and even just maybe sharing about themselves in a very general way.

With all of this sharing in a very virtual community, there is the opportunity to put others down and tell them they're ugly, stupid, useless, etc. However, there is also room for people to bring each other up and make our peers feel accepted, loved, and like they belong. You don't have to tell each stranger you encounter on social media that you love them and can't live without them, but you shouldn't drop horrible comments on someone's social media posts when you don't even know them, or even if you do.

So what do you think? Is social media enhancing or detracting from society? And what about your contribution? Does your activity on social media help society or take away from it?