Beware: This article will challenge you intellectually. 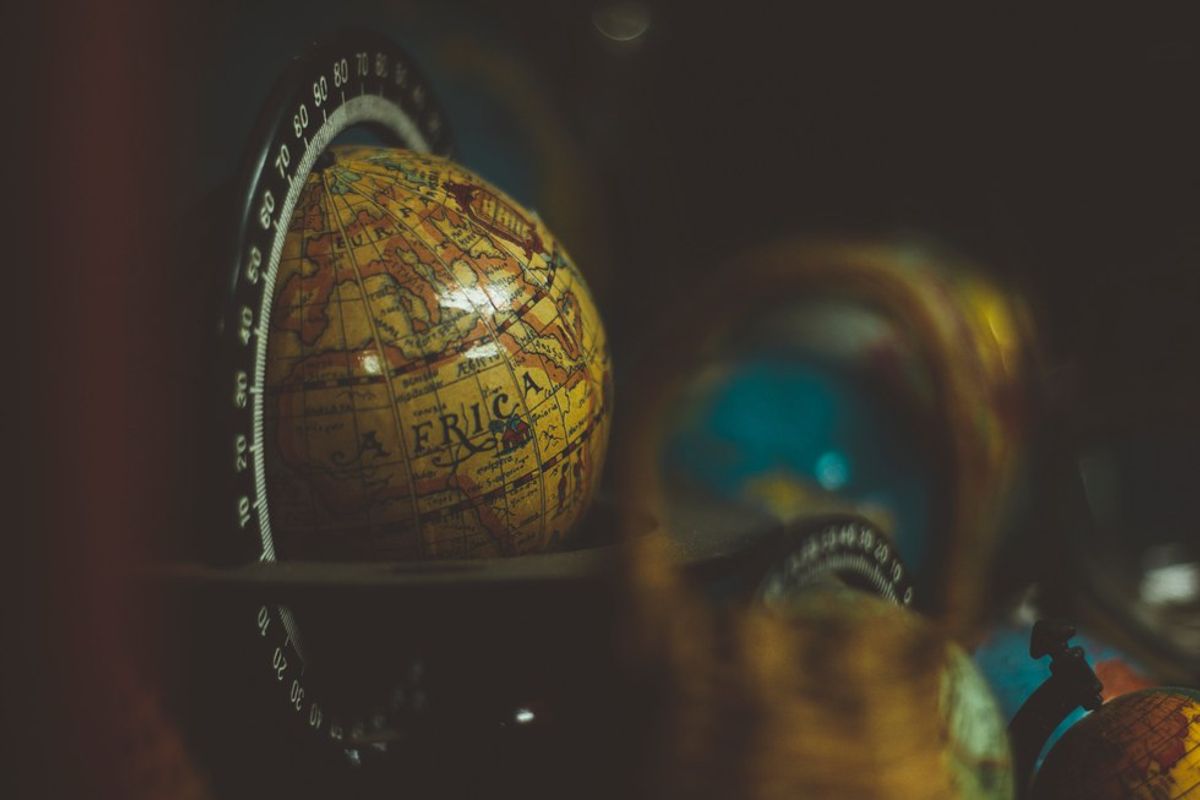 Currently, you may be thinking to yourself, "How could a rabbit be 'Black' or 'White'?"

Before answering that question, I want you to think to yourself for a moment about the last time someone had discussed with you how their service was at a local restaurant. If someone had told you that they had experienced the best server at our local Applebee's without telling you the color of their skin, you would automatically assume the server was White. Why is that?

Now, think for a moment about the continent of Africa. What are some of the first words that pop into your mind upon hearing that word? Do the majority of the words deal with: war, hunger, disease, desert, poor, hot, dry, slavery, racism, or Black?

Now, name some words about the continent of Europe. Many of you would name off words such as wealth, riches, wisdom, philosophy, enlightenment, religion, arts, Aristotle, Da Vinci, Queen Victoria, tourism, traveling, or even name off various countries.

Did you know that humanity began on the continent of Africa?

Did you know that Ancient Africa was full of gold and pioneered the gold trade?

Did you know that one man named Mansa Musa was so rich and gave out so much gold to varying African cities in his travels to Egypt that he alone flooded the market and the price of gold decreased?

Did you know Africa had one of the richest libraries in the world with over 1,600 books?

Did you know Egypt was one of the first civilizations in the world and we commonly view or portray Egyptians as having reddish color skin; however, this notion is false? Egypt, a country full of many wonders and where civilizations began to take root, is located in Africa and its people are Black.

Did you know that Imhotep, who lived in the Third Dynasty of Ancient Egypt, was the World's first physician, an architect and helped build the world's first pyramid, a priest, engineer, and teacher? Yet, nowhere in historical textbooks is his name ever mentioned. Instead, we only learn about European philosophers such as Aristotle who studied reasoning and the process of describing everyday objects or happenings in life.

From elementary school on we are taught in schools about Africa; however, we are taught solely about the negatives. The first mention of Africa begins with the slave trade and continues on with slavery on the North American continent. Therefore, students are taught from children on that Africa is poor, indecent, and incapable of ruling themselves. Yet, educators fail to teach that all of humanity itself began in Africa.

America as a country has taught over and over again that race is the color of one's skin; however, that is false. Race is "a group of people sharing the same culture, history, language, etc." Therefore, to answer my question about Bugs Bunny, do not think about the color of his skin; instead, think about race. As Shelley Fisher Fishkin states in her article titled "Reclaiming the Black Presence in 'Mainstream Culture,'" "The verb 'bug', as in to annoy or vex someone, has its roots partly in Wolof, the language spoken by the largest groups of Africans to arrive in the United States in the seventeenth century." Continuing with her argument, Fishkin states "the fantastic idea that a vulnerable and weak rabbit could be tough and tricky enough to menace those who menace him enters American culture... largely via Br'er Rabbit tales. These stories were told among various ethnic groups in West Africa and were further developed by enslaved African Americans before being popularized by white collectors." Therefore, when thinking in terms of race, Bugs Bunny is indeed Black.

There are thousands of other examples related to the race question in America such as our vernacular. Words we use every day such as bogus, coffee, cola, cool, guy, uh-huh, and mhm are words that originated in Africa, were brought over through the slave trade, and were picked up by White Americans throughout the years. Therefore, many words in our everyday language have come from Africa and are considered Black, but yet, once again, this is commonly overlooked and is neglected to be taught in schools nationwide. There are so many examples similar to these few I have mentioned. Don't close your eyes on the world; instead, explore your possibilities, go out and research, and you will be amazed at what you could find.

The takeaway from this article? Stop assuming U.S. Culture is White, stop validating White Priviledge, and start teaching the history of Africans from the very beginning to ensure that upcoming generations will know the whole story.

We wouldn't be the America we know today without Africa and its culture.

We wouldn't be White without Black.