Up Close With Chase Bryant

Country's newcomer is taking over. 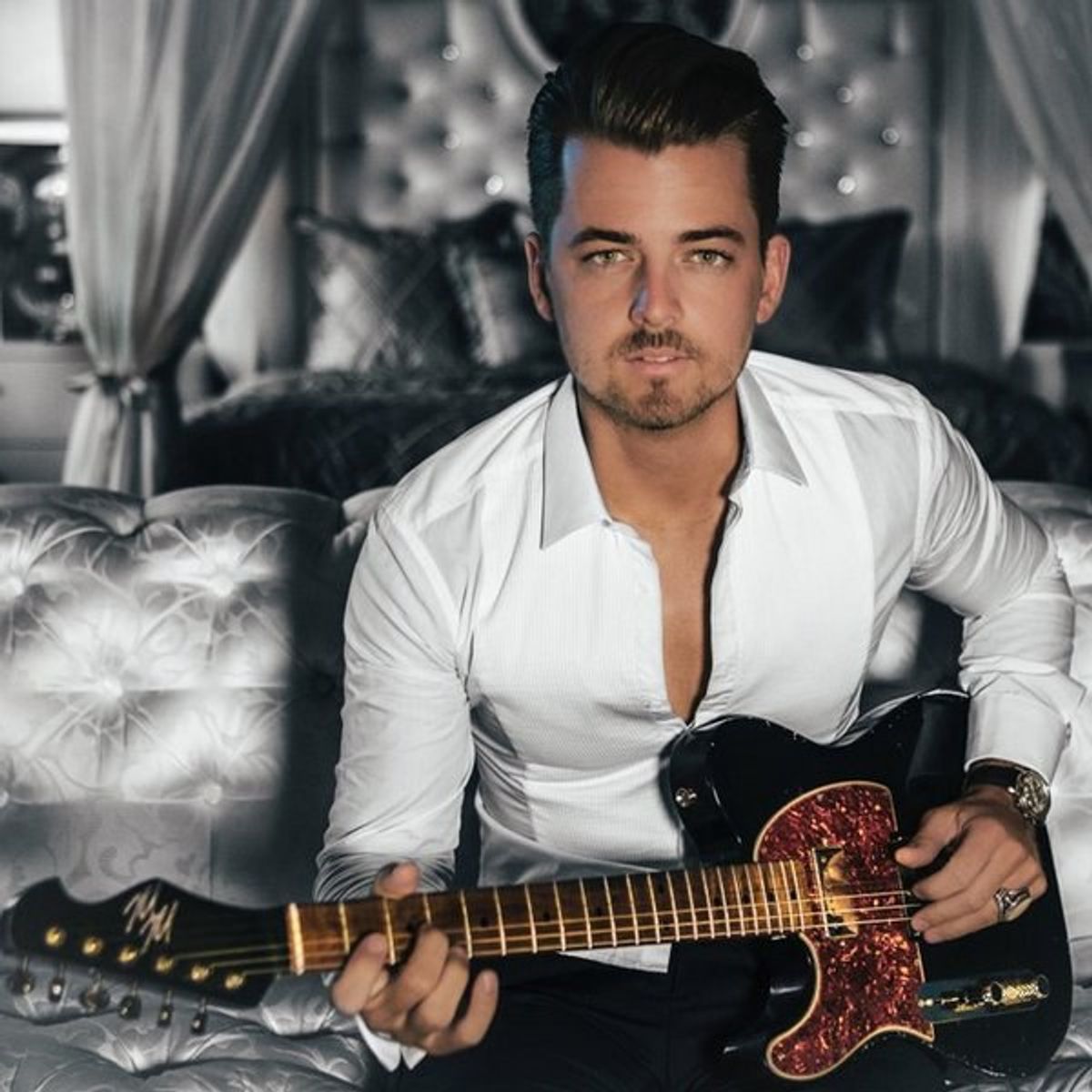 Chase Bryant is a new 23-year-old country singer that broke onto the scene with songs such as "Take It On Back" and "A Little Bit of You." He co-writes and co-produces all of his songs and plays lead guitar on all his studio tracks. He has been on tour with big name artists Tim McGraw, Brantley Gilbert, and most recently Kip Moore.

An Orange Grove, Texas native, he has country lineage in his blood. His grandfather played keys for Roy Orbison and Waylon Jennings and his uncles even co-founded the chart-topping band Ricochet. He's been in the scene his whole life, and he is becoming more popular as the days progress.

Recently I had the chance to interview him over the phone and ask him about his life as well as his newest single "Room to Breathe" which is a new favorite of mine as well as many others.

Q: When did you first realize that you wanted to become a singer?

A: I think that from a super early age I always wanted to play music. I never really knew anything different or what else to do besides playing music. It's always what my passion was and what my goals were always set towards. I learned early on that's what I wanted to do... that's what I stuck with.

Q: If you weren't a singer what would you want to be?

Q: What can we expect from the new music?

Q: What was the inspiration behind your new single "Room to Breathe"?

A: Well you know I'm a single guy. That's kind of where it is. I wanted to write something that maybe had a bit more sex appeal and something out of the line that I hadn't done before in the past — something that was a bit different from anything I had done recently. When I started "Room to Breathe," I knew there was this feel there that it was different from anything I had done prior to that song. I think that's where it was all coming from. Being single, being that guy that's going out to the bar, the first conversation you have with a girl or what it may be.

Q: What is your favorite song to perform and why?

A: "A Little Bit of You" is one of them just because it was my biggest hit as a writer. It's the one that's probably done the most for me. Seeing people react to that and sing that song is really awesome.It's an honor to have a song do what it did on the charts. I had a lot of fun with that one. Hopefully, "Room to Breathe" can become the next one.

Q: If you could tour with anyone who would it be and why?

A: Keith Urban. I'm a big fan of his guitar playing, his singing, his songwriting, his records, so that would be a big one. Yeah, I would love to be able to tour with him and see how that would go. But I mean guys like Kenny Chesney, that I'm a big fan of, or Blake [Shelton] those would all be really fun.

Q: Was there ever a moment that you thought that you made it? If so, what was that moment?

Q: Are you excited to be performing in Pittsburgh at the new Tequila Cowboy?

Q: What do your fans mean to you?

A: Woo that's a better question for them and a really good question for me. I think my fan base is widely different from anything else. I'm super respectful of the fact they are willing to drive hundreds or thousands of miles to see me play. I've spent a lot of time trying to figure out who I am and what my goal is as an artist. But when you go out every night and see people singing your songs or maybe ones that aren't released yet that they found on YouTube. That's the kind of thing that I really look forward to. As for what they might expect in a show, it's crazy. It's live. It's fun, wild, loud. It's rambunctious. We like to have fun out there.

Chase is a wonderful and hardworking guy who is just out here doing what he loves which is making music. I highly recommend seeing him at Tequila Cowboy on October 6 and checking out his new music and seeing what he has to offer in person. I know he won't disappoint.

Make sure you check it out and get your tickets, and while you're at it, buy his new single and follow him on social media.

One more time I'd like to say thank you to Chase and his team for being so amazing.