It's not a competition. 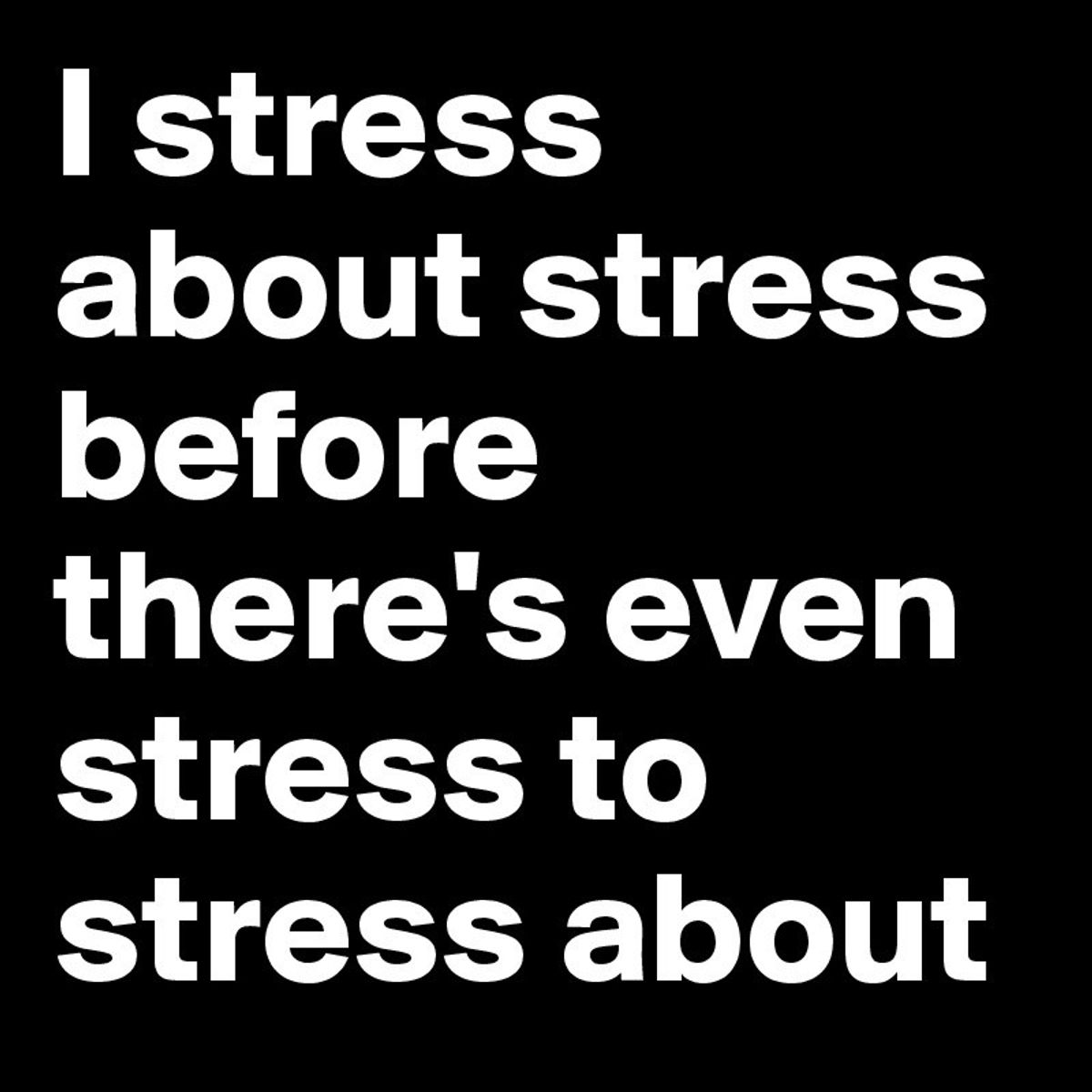 Stress. The word is thrown around in all sorts of contexts. It is said by almost everyone too. I know that even I used the word (at five years old) in a conversation with my mom. She was astounded to not only discover I knew the word stress, but that I, at such a young age, had worries.

So what does stress really mean? It is defined by Merriam-Webster as a tense mental state that is characterized by worry and anxiety. Psychology Today states that stress is a response triggered by something that upsets our mental and physical equilibrium. Both are true, but why is it so prevalent?

With the growing trend and acknowledgment that everyone experiences a type of stress in their daily life, it has become almost a “must have” to be stressed. The general consensus is that if you aren’t stressed, you’re not working hard enough at whatever you’re pursuing. This is not true.

Stress is not an indicator of working hard, but more of a reaction to pressures, worries and time. Time management is something most of us struggle with and is the reason why we become anxious about our work. In a world filled with constant and never-ending deadlines, we never have a chance to rest. It doesn’t matter if you’re a student or working adult, a child or a parent: everyone is always counting time. This is what creates that pressure; thus, prompting an increase of adrenaline and cortisol throughout the body.

All of us don’t map out our time well or do not prioritize like we should. Those of us who manage time well do not have to be concerned with deadlines. However, this isn’t to say those people haven’t worked hard and put effort into their studies, work, careers.

It’s especially prominent in college to find the atmosphere permeated with the idea that we have to compete with each other on how much stress we carry. I’ve seen it on all the different campuses I’ve been on, including my own high school. In a way, we would “brag” about how much we had to do this weekend and that day.

I only noticed it during my freshman orientation when someone told me not to play into the stress culture on campus. Since then I realized that I want to work hard but without the jittery, agitated state I maintained for most of high school; I didn’t want to hear from others how many papers and assignments and other small things they had to get done within a small frame of time.

Of course, recognizing the problem does not make it go away, but it allowed me to change my habits and myself; I’ve changed the way I react to pressure. It’s not okay to be constantly stressed; your mental health may continually degenerate because of it. College can already be overwhelming as it is without making adjustments to lower stress, so there’s no reason to think that being on the edge, nervous and unhappy, is the way to live life.

Live life without unnecessary agitations and don’t listen what other people have to say about their own stressful amounts of work!