No, Makeup Doesn’t Create Insecurities - Something Much Worse Does
Odyssey

No, Makeup Doesn’t Create Insecurities - Something Much Worse Does

In my 19 years of living, my insecurities were blamed on makeup and pretty girls, but the real perpetrator at hand was so much worse. 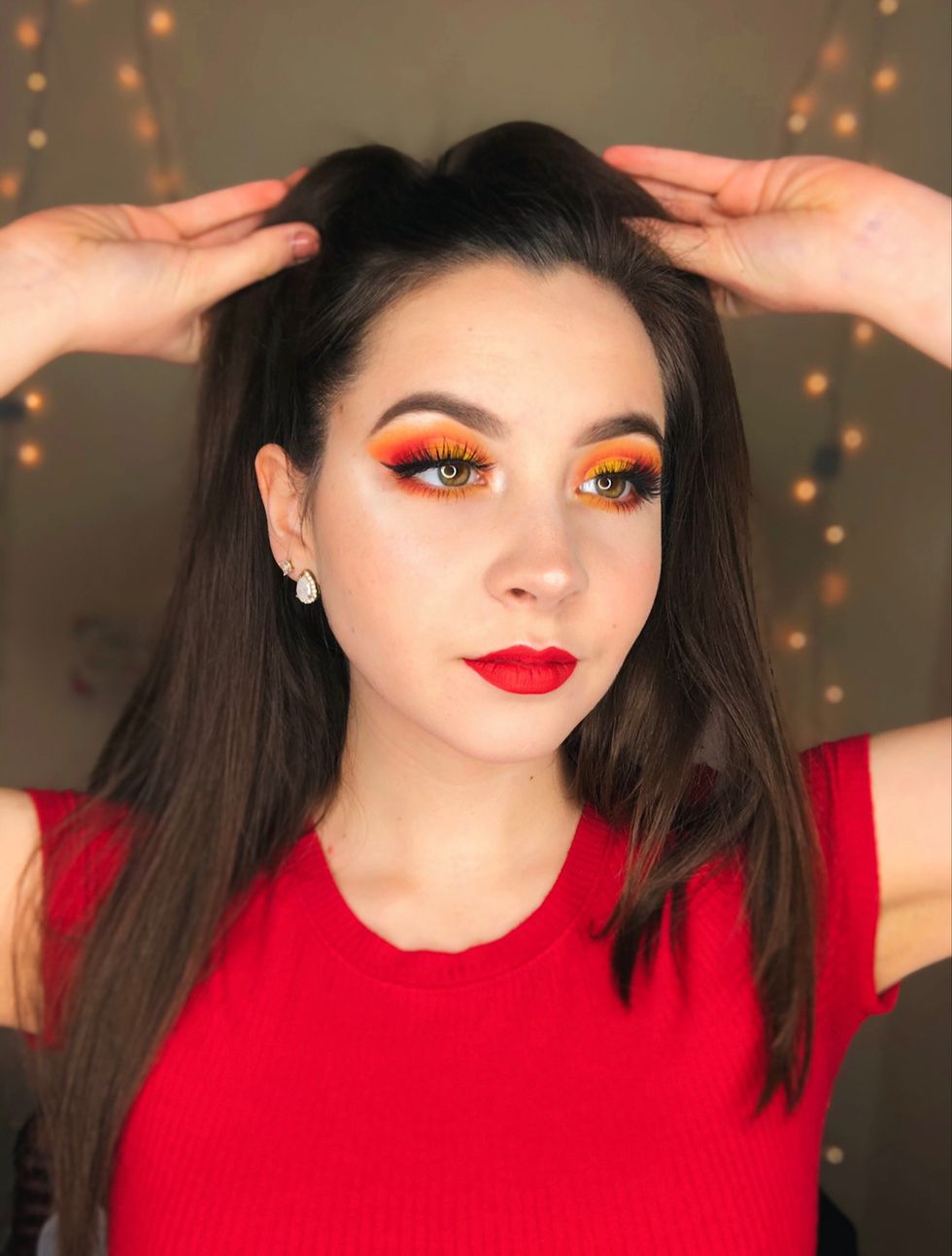 In middle school, I had the confidence of a mouse. Then again, I don't think anyone was beaming with self-worth in 8th grade. I clawed my way up to be one in the herd of girls dressed in Hollister jeans and cherry gloss. For these years, I felt so out of place and desperately seek to look like their carbon copy. I didn't feel pretty because I didn't fit into this standard. Rather, I was mocked for my less feminine sweatshirts and makeup-free look. Nobody saw me late at night tugging at my under eyes like I could peel off the dark bags. I learned to hate these girls because they were everything I wasn't.

Fast-forward two years later. I went through my so-called "goth" phase in my sophomore year of high school. I expressed myself through thick, buffed out eyeliner and chopped bangs. Sometimes I would even sport a red lip if I was feeling really edgy. When I look back, it was a terrible style, but it was the first time in my life where I use my own personality to transform my own appearance. I finally felt free, and although I looked ridiculous, I learned that makeup can be used to bring my inside personality out.

It was makeup that allowed me to redefine who I was. My high school experience was overwhelmed with midnight makeup trial-and-error, powder dusted mirrors and blue-stained fingertips. Hours at a time, I would steady my hand to apply the liquid liner from a thin felt tip. As I mastered pressed palettes and shimmers, my insecurities melted away. I examined how I saw myself internally, externally morphed into what I was, and still am: Intense. Confident. Badass.

Six years later as a self-taught, confident female artist, I still get this question often:

Do you wear makeup because you are insecure?

First off, I didn't know how people have the audacity to ask me to my face. Who says that? But I do understand where this notion emerges and festers. The world hungers to criticize women. To condemn and attack women is so ingrained into society that this question might not even seem offensive to some.

Bare-faced and modest? She must not take care of herself. Makeup and revealing clothes? What an attention-seeking slut. I often want to punch sense back into most people who claim these assumptions, but I've learned that conversation is infinitely better than violence.

These pretty 8th-grade girls weren't the source of my insecurity, nor was my makeup. I had no reason to hate them. In truth, judgment is drilled into all young girls' lives at the earliest of ages. In elementary school, I snuck mascara in my backpack because my mother told me that it wouldn't make me prettier. In late high school, that same person told me that I needed to dress more feminine and sexy (yes, she did say sexy) if I ever wanted to be successful in my career endeavors.

As girls, we are pulled left and right, being told to do this or that, or else our worth diminishes.

My style changes like the seasons, but there is freedom now from the beauty standards that were once pressed upon me as a child. Makeup is a way to express individuality; an art form that is thousands of years old. It isn't the makeup itself that causes insecurity, but the pressures of society placed upon women to be pretty but modest, blemish-free, fine, pale-skinned, and feminine-- to their standards.

So stop telling girls how to express themselves. Stop demanding that they should wear more or less makeup. Stop pressuring them into your own set of standards. Instead, let them flourish in their own journey of self-expression and individuality. It will root girls in confidence and lead them to success.