I Am Infuriated With The Harvey Weinstein Stories Coming Out
Odyssey

I Am Infuriated With The Harvey Weinstein Stories Coming Out

And you should be too. 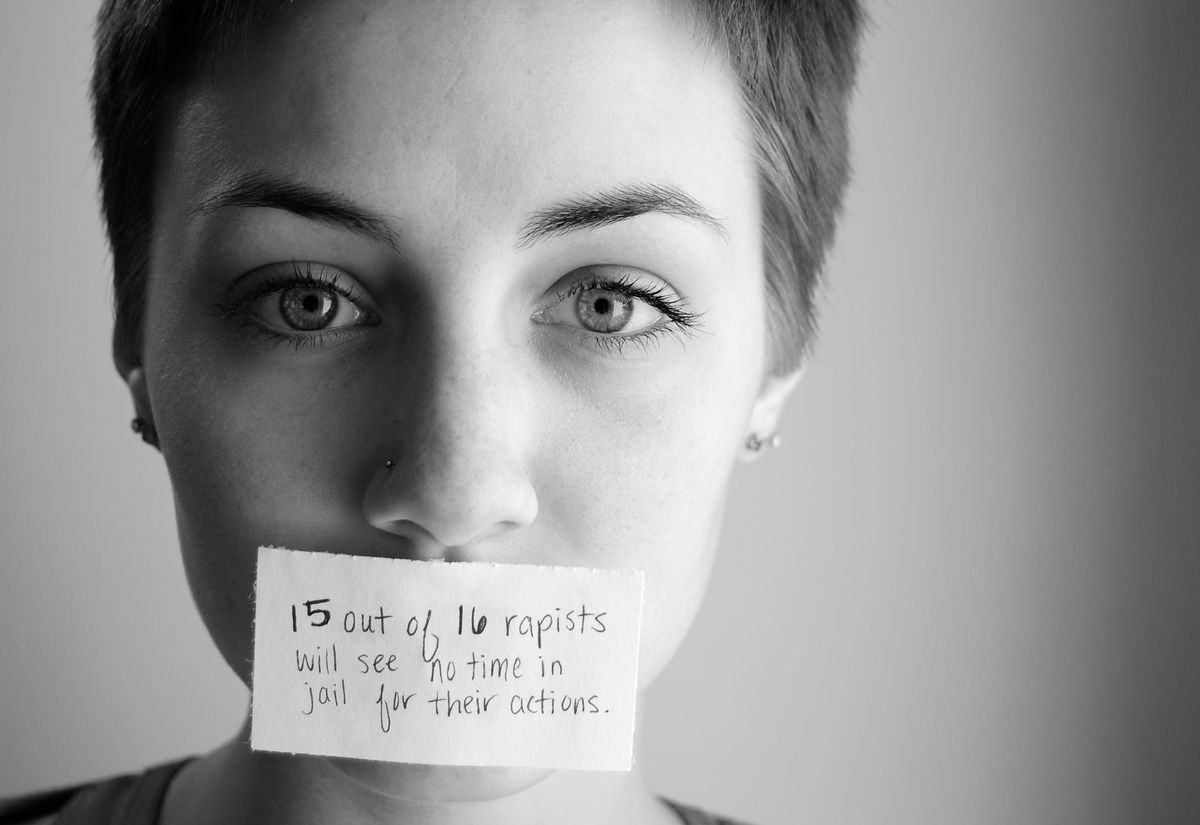 Can we all agree that it has been an infuriating week? I don't care who you are, if you are a woman, you are feeling some things about the Harvey Weinstein stories coming out. I don't know a woman in my tribe that has not been made to feel uncomfortable or worse by a man in her lifetime. So if you are reading this first paragraph and thinking that this isn't for you because you are just fine, you could just read it anyway because your chances of getting through life without encountering a predator are low if you are a woman.

The stories coming out are disgusting and horrible. A sexual predator using his power and influence to rape women, to threaten them, to reduce them to bodies for his taking is sadly not unfamiliar to me. My suspicion is that so many women can relate but won't do so publicly. I don't blame you and I'm not willing to really go there either, not yet. What I will say is that it produces an anger in me that has no words, has no limit and I don't want it to. I have spent too many years, as I suspect some of you have too, carrying around shame that wasn't mine.

Someone grabbed me without my permission, but come on, that's how guys show you they are interested in you. You should be flattered. Don't be such a prude. Just be cool. You are offended? You are upset? Maybe you shouldn't have worn those short shorts. Maybe you shouldn't have been dancing so sexy. Maybe you shouldn't have ... fill in the blank. Women have been hearing this for so long. Especially in middle school, high school, and college. If you dress and act a certain way, you are to blame for what happens to you. Men are left out of the conversation and the problem and the shame and the responsibility becomes the woman's.

If you are a man reading this and you are now offended because I'm using the word men to say that all men do this, I'm not. What I am saying is that men do do this to women, and the shame and responsibility still falls to women. Don't believe me? Have you ever witnessed another man do something to a woman without her consent? Did you shame him for it? Did you ask him why he did it? Did you question his outfit, his actions, his morals? Or did you laugh? Did you stay quiet? Did you lie for him? Did you tell her to relax it was just a joke? Did you tell her not to tell so your friend wouldn't get in trouble? Did you say that's just how he talks, it's harmless, he's harmless?

I'll give you an example from high school: I wore a knee length skirt to school with a polo shirt, socks and shoes (dress code). In my chemistry class, as I walked to turn in my paper, one boy reached out with his pencil and lifted up my skirt so that he and all of the boys sitting around him could see my underwear as I walked away. He violated me, my privacy, my body. Not one boy sitting near him stood up to him and said it was wrong. They all laughed, joked, and made me feel embarrassed for weeks that they had seen my underwear. They talked about what color they were, they asked me why I wasn't wearing skirts anymore. They didn't have to tell me not to tell, I already knew my male teacher would not understand why this was a huge violation to me. I was ashamed. They were high fiving each other. I hadn't done anything. I hadn't taken a single action except to walk in a classroom and yet I got to dread chemistry class for the rest of the semester and carry the shame of his actions with me.

The reason I already knew as a high school student not to tell is because I had encountered boys in middle school already that used their position as a man to intimidate me and take advantage of me. Who was I going to tell that wouldn't come back and ask me what I was wearing, what did I say, how was I acting, was I asking for it? They wouldn't even have to ask me, I was already asking myself what I had done, what had I done wrong? It starts early and it is subtle or not so subtle but it has the same effect. Why does it work? Because we live in a society run by men. Like it or not, they have the power, they make the rules, they set the culture. Don't believe me? Look up U.S. Presidents and tell me if you see a woman? Look up government officials and tell me the ratio of women to men. Look up Brock Turner and the judge in his case. And the crazy thing is that women are more powerful than ever in 2017 and still it is a man's world. And the immediate questions that come after a violation put the woman as the bearer of shame with the burden of proof.

To women I want to say some words I have recently heard: You are in charge of your body. It serves you first. You are in charge of your sexuality. It serves you first. If someone has taken that power from you by force or intimidation or by immersing you in a culture where it is socially acceptable to do that to a woman, I'm so sorry. It is not your actions, it is the violators. It is not your shame, it is the violators. You are powerful.

To men I want to say that you have to do better. You were birthed out of a sacred woman's body and brought into this world by the power of a woman. Respect that strength, that power, that sacredness, and that gift of life a woman gave you. Never touch, grab, look at, talk about, or in any way violate the body of a woman. You only move into a woman's space with clear consent. To do otherwise is a crime. Hold other men accountable for violations, for the unwanted and unwelcome attention they give women. Stop the turning a blind eye, saying it isn't any of your business, high fiving, and throwing shame on women with questions about their behavior when you know there was violation. Stop thinking that women were put on this planet with a body to serve you. That would be a no. Bodies are only enjoyed by consenting, powerful adults. Rape is a crime.

We can do better. If you are angry, you are not alone. If you are disgusted, you are not alone. I may be powerless over the events of the world right now, but I'm not powerless over me. You are not powerless over you. We can do better. We can know better. We can take personal responsibility to create in ourselves codes of conduct that keep ourselves and those around us safe. Grieve if you have to, feel what you need to feel. Get help, punch a pillow, tell your story in private or in public. Let this week's news enrage you like it should and then use that anger toward change. Let's shift this for ourselves and for our daughters and our granddaughters. Onward.

Glorie Martinez
5549
Why I Write On Odyssey