On Inagency: Why We Need Someone Else To Solve Our Problems
Odyssey

On Inagency: Why We Need Someone Else To Solve Our Problems

The only secret to life is that there is none. 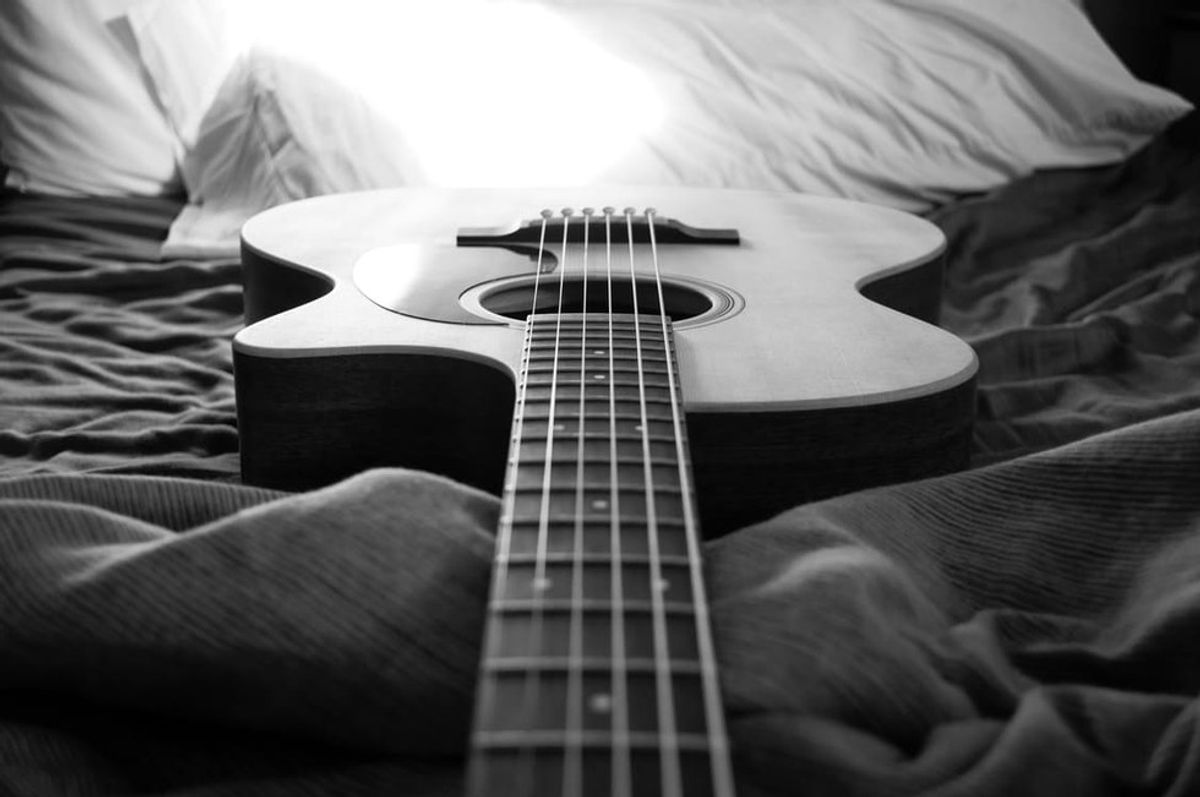 I've been playing the guitar for years now, and for years, I've been both avoiding and romanticizing the “barre chord”. For anyone who plays, has played, or is in the process of giving up the instrument, you know what I've been feeling. The barre chord is an important chord shape to be comfortable with, but it is also one of the most painful to learn. I first encountered the barre chord when my band decided to cover Radiohead's “Creep” at an upcoming show in Suffield, CT. I loved to sing the song, but when we had to practice it, initially I could only make it halfway through before my fret hand gave out. “Creep” was my nightmare because almost the whole song is played with a barre. Every practice, I'd pray to myself that we wouldn't go over “Creep”, or that I'd finally buck up and tell them I'd had it with the song and all the finger aches it came with, but I never did. By the time the show came up, I could play it all the way through, but I missed chord changes often and muddied the sound of the whole band with my bad barres.

After that, I gave up on barres, and later, as a result, my instrument. They seemed almost insurmountable, those awkward demanding chords, and I deep in my heart knew it was either them or me. After about a year though, I returned to the guitar, determined to learn. I went online. I scoured the internet for the secret. I read so many articles that all claimed to do the same thing (teach the needy how to barre), yet when days had passed and I had yet to find the one grouping of words that would break barre chords open for me, I gave up again.

I realized, after my second flirtation with learning barres, that there is nothing magic to it, no mystical secret that would make me a virtuouso overnight. All I needed to do was be patient and practice hard. All I needed to succeed was to not give up. Since then, I've had a love hate relationship with my guitar.

All of this speaks to a larger phenomena that I've noticed. So many friends I know seek out the secret that will solve some problem in their lives. So many people are under the false impression that there is a secret, that when the going gets tough, all they'll need is one properly ordered grouping of words to clear the skies above their heads and lead them to victory. A friend of mine collects inspirational quotes, enough to fill a book, and while all of them tell my friend to persevere, none of them explain how to live a life or anything of real value. But my friend, and people like my friend, and even me, we can't be blamed for holding out hope that someone will come into our lives and tell us how to live them. The media is flooded with people doing just that, people who claim to have all the answers for everything from how to lose ten pounds in two weeks to how to decorate your home for Christmas for under $20. In a world where there are websites that promise life-hacks, self-proclaimed gurus who hold the key to satisfaction or enlightenment, and whole sections of bookstores given over to self-help books and the like, it's not hard to fall into the trap of believing there is an answer, a secret, to living that once understood will change the whole fabric of one's life or one's self. There is a mysticism to information in our culture. Because there is so much at the tips of our fingers, so much easily disseminated, the belief that that one thing you need to know, that one thing that will crack the code, is out there waiting for you in the vastness of collected human wisdom is not a ridiculous one.

It is, however, damaging. While we are busy distracting ourselves with quotes, books, gurus, and websites, our real lives only get more demanding. For me, using the guitar as a simple, not too personal example, I keep giving up the guitar, which I love, because I feel like I can't learn barres. It's too hard. It takes too much effort, requires too much of me. Of course I know, somewhere, that all of that is crap, but even still, the barre intimidates me. So I stop playing for months or even years at a time and only get worse at what I do know how to do. I don't make progress, even though there is so much more to the guitar than barring. It goes the same way for my friend with the quotes. By preoccupying herself with them, she is distracting herself from what she can be changing in her life. By searching out or holding out for the secret, we put on blinders, subject ourselves to tunnel vision, and at times, beat our heads against walls, because we refuse to make use of our agency as human beings, our ability to control ourselves and our lives, until someone else tells us how.