In A World Full Of Politics, One Hero Will Emerge.... Reason
Odyssey
CurrentlySwoonLifestyleHealth & WellnessStudent LifeContent InspirationEntertainmentPolitics and ActivismSportsAdulting
About usAdvertiseTermsPrivacyDMCAContact us
® 2023 ODYSSEY
Welcome back
Sign in to comment to your favorite stories, participate in your community and interact with your friends
or
LOG IN WITH FACEBOOK
No account? Create one
Start writing a post
Politics and Activism

In A World Full Of Politics, One Hero Will Emerge.... Reason

Yet another person's view on this election 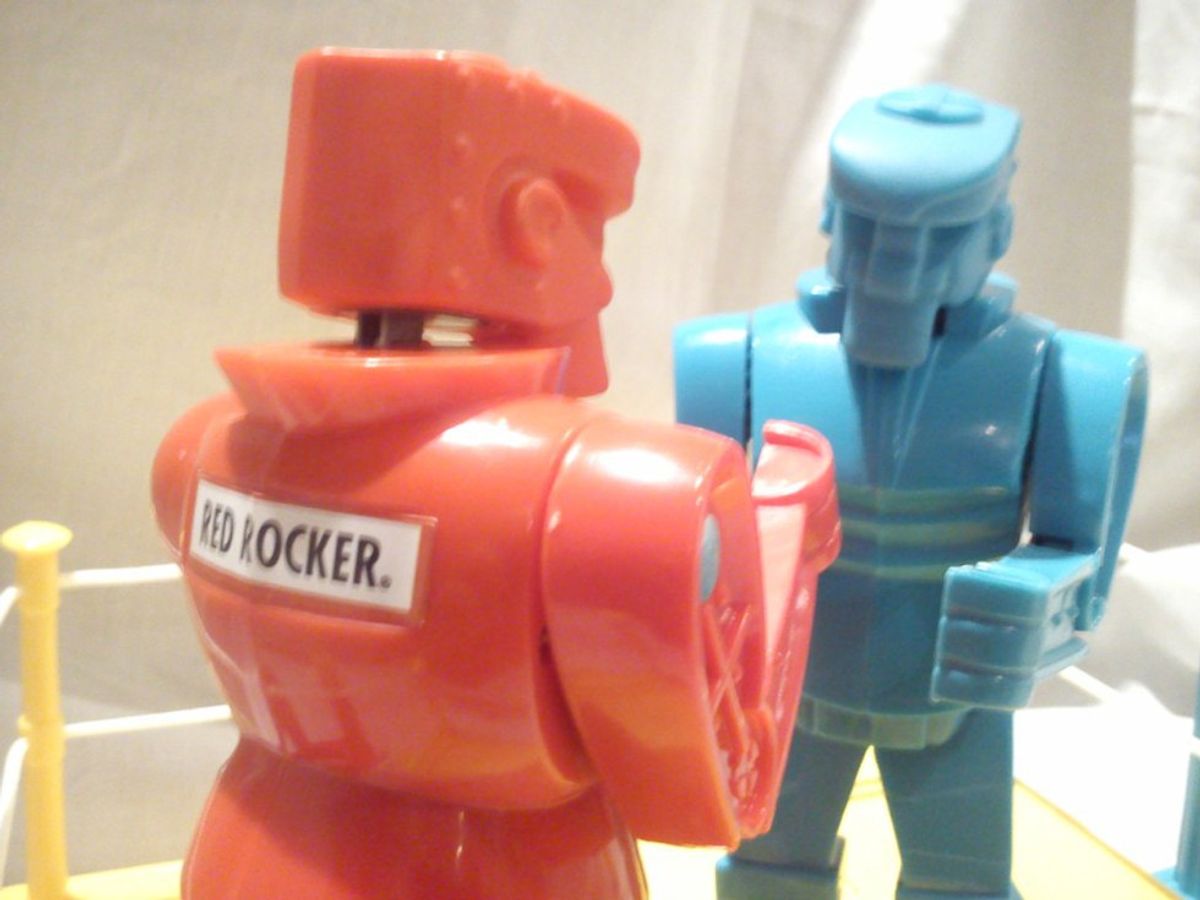 I hate to be yet another opinionated article you'll see on Facebook, but this is my view on what has been going on with the election. I know we are all sick and tired of all the drama that has been going on because of the election; I sure am. I miss seeing cute videos of dogs and babies on my social media. But here I am, stating my opinions just like the rest of the world. My opinion on this election comes down to this: everyone needs to calm down. Yes, a lot of people are angry. Some are scared. Some feel hurt or confused or betrayed. Some are happy. But everyone is way too worked up.

Yes, election years can cause Americans to become passionate about their beliefs. And I wouldn't have it any other way. It's good that we all get out and make our voices heard, and even more important that we all vote. But this election has gotten out of hand. People are angry. And I understand. But still, everyone needs to calm down.

No, I do not think all Trump supporters are like that. Nor do I think all Hillary supporters are the opposite of that. I think there are extremists on both sides, and they are only going to become more extreme because of their anger over the election and the other party. Honestly, I do not want to hear any more politics. I do not want to see any more riots or hate crimes. This has gotten far too violent.

Now, let me be very clear about something: I do not believe there is anything to protest yet. I think people are angry, in all parties. But I do not think there is anything to protest yet. When Trump tries or succeeds in doing something that I do not agree with, I am 100% ready to protest (just like I would be with any president). I will be the first one out there, screaming and chanting and holding signs. I will ensure my voice is heard and the rights of people do not get taken away. But as of yet, he has not done anything.

I will not stand for anyone who attempts to take away the rights of someone. I am always one of the first to stand up in the face of injustice. I am fully prepared to stand up for the rights of everyone who may be targeted by anyone, regardless of political affiliation, gender, race, sexually, religion, or class.

We are all just people. And I think a lot of us have forgotten that lately. We need to stand to gather as Americans and as humans. We should not be fighting each other. We should be united. We should care for each other and make sure our fellow man is safe. I'm all for freedom of speech and for making your voice heard; I love it. But right now, our country needs unity in the face of uncertainty. I know it's idiotic to think such a thing achievable, but let's all strive to be kind right now. No more hate. From anyone, of either major party. Be kind. Try to see others' point of view. Learn and be open.

Just a little something to keep in mind...

Nicole Marie Nigro
Individual Creator
2565
c1.staticflickr.com
Where to start...... Let me start with the cliche that life throws us curveballs and what we do with it is what counts.