I'm Vegan, and I Hate PETA

I'm Vegan, and I Hate PETA 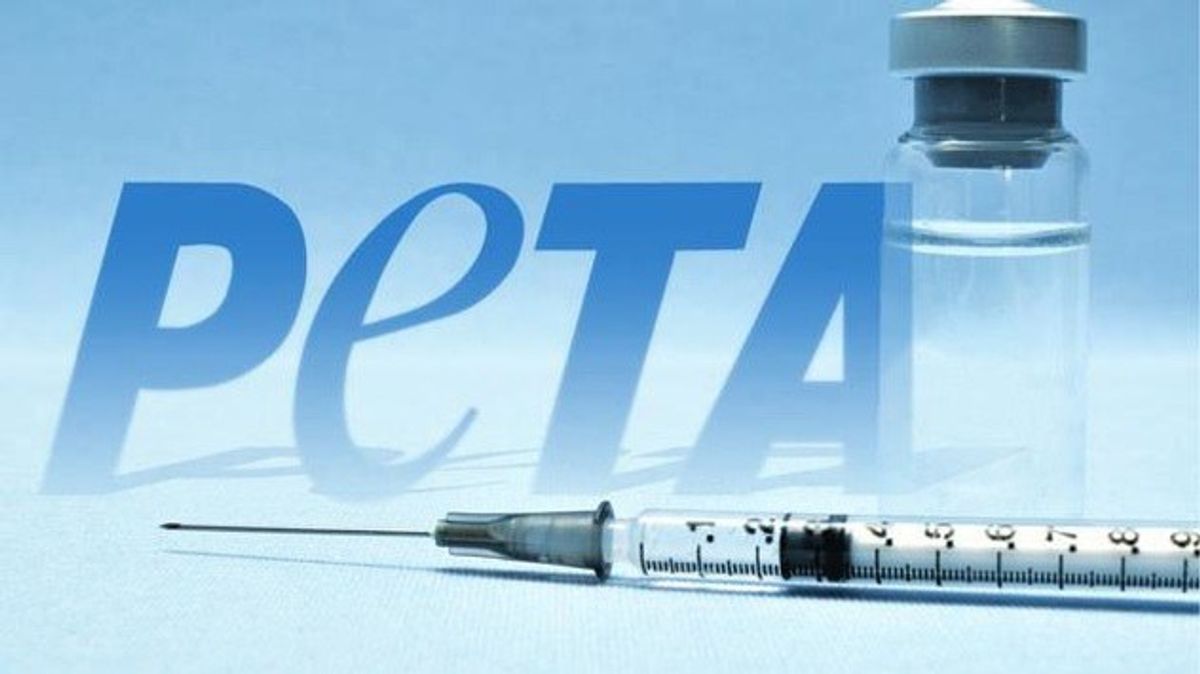 Warning: Some images in this article are potentially triggering and slightly NSFW.

I'm vegan and I hate PETA. PETA (People for the Ethical Treatment of Animals) is probably the most notorious organization associated with the animal rights, pro-veganism movement. With the emergence of PETA2 (the branch of the organization geared toward college students) on many college campuses across the nation, I find myself asked about my personal opinion on PETA often. I take this moment, therefore, to declare loud and clear that I have never and will never support PETA. Why? PETA is a reactionary group dishonest practices and deplorable gender and racial politics.

PETA president Ingrid Newkirk is often pictured with adorable animals, calling others to action: “There is no hidden agenda. If anybody wonders about — what’s this with all these reforms — you can hear us clearly. Our goal is total animal liberation" (Animal Rights 2002 Convention). As a result, PETA rakes in cash from well-meaning donors for their “shelters,” but the numbers associated with these locations are more akin to slaughterhouses than animal refuges. According to preliminary figures filed with the Virginia Department of Agriculture and Consumer Services, PETA euthanized 2,454 of its 3,369 cats, dogs, and other animals. Just 23 dogs and 16 cats were adopted during the entire year. The truth is, put simply, hardly any are actually rescued. Nathan Winograd, a well-known PETA critic and shelter reform activist, posted the chilling facts on his Facebook page:

“How much money did PETA take in last year from unsuspecting donors who helped pay for this mass carnage? $51,933,001: $50,449,023 in contributions, $627,336 in merchandise sales, and $856,642 in interest and dividends. They finished the year with $4,551,786 more in the bank than they started, after expenses. They did not see fit to use some of that to comprehensively promote animals for adoption or to provide veterinary care for the animals who needed it.
By contrast, the Lynchburg Humane Society, also in Virginia, took in about the same number of animals as PETA but saved 94% and without PETA’s millions. Seagoville Animal Services in Texas took in 1/3 of the numbers (about 700 animals) but only 1/20th of 1% of the amount of money that PETA did, saving 99% of them on a paltry $29,700 budget. In fact, hundreds of cities and towns across America are saving over 90% of the animals and doing so on a fraction of PETA’s wealth.”

Let’s assume for a moment you can somehow forgive PETA for these unbelievable numbers. Maybe you can reconcile their actions by saying, “Well, maybe the best thing for these homeless animals was to take their lives.” Maybe there’s something about PETA’s shelters that make them so inexplicably less successful in saving animals’ lives. That doesn’t explain, however, the way they treat humans. Kanye’s new album, "The Life of Pablo," mentions: “PETA’s mad 'cause I made a jacket outta opossum.” PETA’s relationships with fur-wearing celebrities are infamous. Some critics have noticed, however, that PETA tends to focus their criticism more heavily on non-white celebrities. White male celebrities notorious for wearing leather religiously, such as Adam Lambert or Vin Diesel, are nowhere to be seen on their list of animal-hating celebs.

I guess it shouldn’t be a surprise that PETA is racist, considering they see no difference between inhumane factory farming and the Nazi Holocaust. They also liken dog breeders to Hitler. I suppose the millions of people whose families were affected by the Holocaust should compare the genocidal atrocities of World War II to animal rights.

PETA also posted ads in the Middle East, suggesting that the centuries of conflict that plagues the region could be solved by veganism or vegetarianism. Somehow, PETA fails to see the insensitivity here.

They also have little to no explanation as to why PETA activists dressed as KKK members during a publicity stunt outside the Westminster Dog Show in 2009.

PETA's disrespect for women is contradictory to their message of life and compassion toward animals. In reference to Rihanna's penchant for wearing fur and leather, PETA bloggers wrote, “You’d think that being a victim of violence would have opened Rihanna‘s heart to the suffering of others — like the animals who were beaten, drowned, and electrocuted for her fur coats." Comparing animal abuse to domestic abuse is a disgusting trend that PETA seems to find no problem with continuing. In a Valentine's Day ad, PETA made light of the realities of domestic and sexual abuse to make a point about veganism.

PETA doesn’t even try to hide their blatant objectification of women and uses body shaming again and again in their advertising. In addition to featuring almost exclusively naked women, their campaigns have repeatedly compared women to meat.

Why not throw in a bit of religious insensitivity for good measure?

Don't forget to body shame while you're at it!

I understand that PETA may be trying to shock consumers into realizing the cruelties of the animals-for-profit industry, but their tactics take 100 steps backward for humankind while having almost no positive effect on the animal rights front. I can't in good conscience support their efforts when their practices are dishonest, racist, and sexist. PETA does not speak for all vegans. PETA does not represent my veganism. My veganism is anti-racist, feminist, and productive.