I'm Angry and I Wish I Wasn't
Odyssey
CurrentlySwoonLifestyleHealth & WellnessStudent LifeContent InspirationEntertainmentPolitics and ActivismSportsAdulting
About usAdvertiseTermsPrivacyDMCAContact us
® 2023 ODYSSEY
Welcome back
Sign in to comment to your favorite stories, participate in your community and interact with your friends
or
LOG IN WITH FACEBOOK
No account? Create one
Start writing a post
Politics and Activism

I'm Angry and I Wish I Wasn't

Anger is Basically My Best Friend 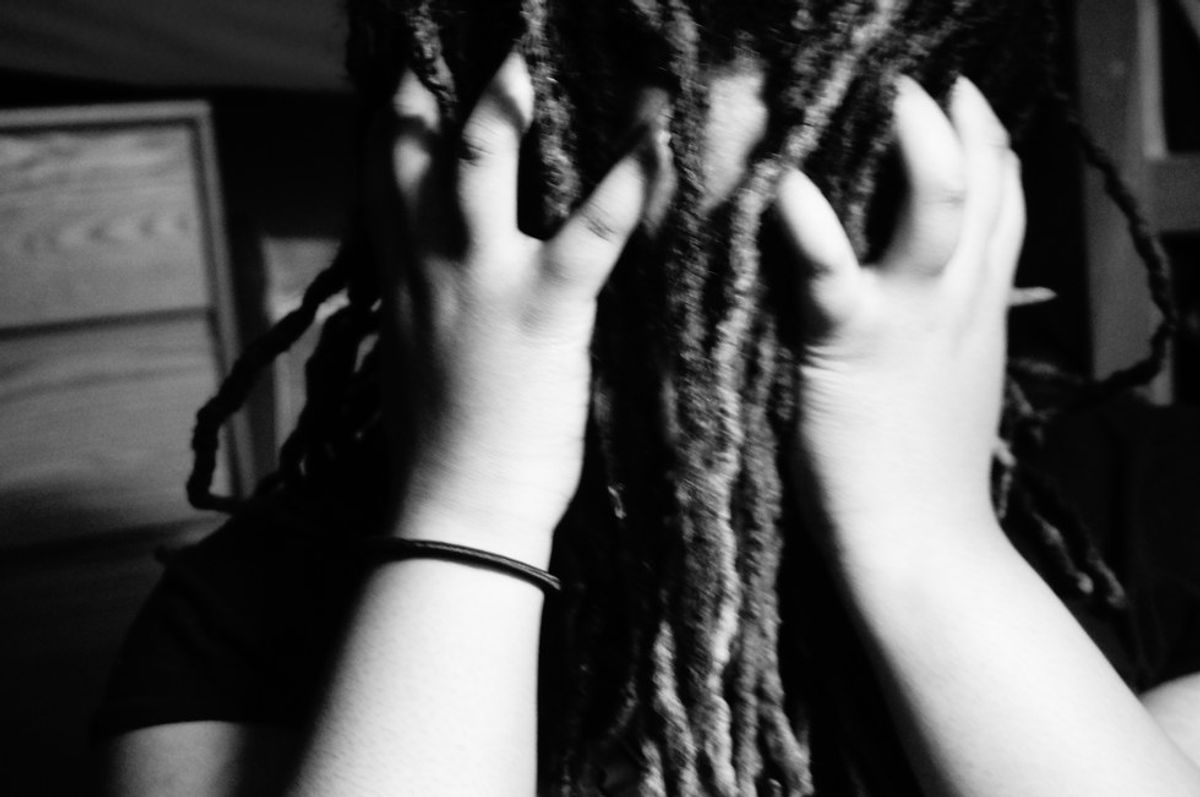 Why should anybody care about my anger? It has nothing to do with anybody. I'm not telling anybody to care, I don't even want people to treat me differently, I just want to be happy. I want so many things and don't have a clue on how to get them. But for a while I didn't want to get help. I thought the anger I had would give me an edge I thought I lacked if I wasn't angry because all I've ever been is angry. People don't know that I'm angry. I've had anger issues even as a child. I used to hide my fits of rage as a kid because I was always seen as a good child and if I'm seen pounding on my own head, biting my fists until they bleed, and sinking my nails into my skins and scratching myself, then obviously I'm not going to get the things that I want when I want them. The only way people would know that I'm angry now is if they're close to me or pay attention to me. And I say that because my temper is short and I get upset over anything and everything if it affects me somehow. That doesn't mean that I'm yelling, but it means that I shut down, cry, and/or get a nasty attitude. So I always try to stay away from people when I get upset, which is why I'm in my room all the time.

When I get mad, like really mad, no matter how big or small the trigger is, I lose it. I've never lost it completely because I've always feared getting in trouble because of the destruction I know I can cause. I always limit myself in my anger rages, even when I felt as if I couldn't take it anymore. But when it happens, there's always this huge load of energy that builds up within me (the only other way I can explain is to just think of Naruto when he's covered in the nine-tailed fox's chakra.) and I have to release it through destruction, whether it's objects around me or myself. I can't lose it like I want to in a dorm, but when I lose it, just for a second, I start throwing stuff. Usually it's books, and if I'm throwing books at the wall, I don't touch them until I need them. One book stayed on the floor for half a semester...

But last week I threw a bottle of lotion because I clicked on the wrong email. I had a rough night the night before because I realized I fucked up my whole life and I couldn't sleep because of it. My bank account was over drawn, I'm behind in classes and I totally forgot that I had an exam (THE NEXT DAY) in one of the classes that I was behind in. It just felt like I had trapped myself into this teeny, tiny, little box and it was all my fault and nobody could help me or save me because I did it to myself. And I nearly lost it. The day of the test, hours before it's supposed to happen, and I'm trying to see if I could cram information into my head. I sat down in front my text book, I saw, "The Limbic System" on my notes and started crying. I hadn't even realized that I was crying until I stopped. I freaked out and nearly had a panic attack, which I hadn't had in 4 years. I had to call a friend of mine to help me get to the counseling center before I actually had one.

After that day, I thought to myself, "This shit is getting out of control and it's making me even more upset." Everybody says that same thing, "Things will get better." "You'll get past this." "Remember when you thought you wouldn't get out of tough situation in the past? Look where you are now, you're past that." All of which is true and I am grateful that people remind me of that...but...I DON'T SEE IT NOW. For me, if I don't see it now, then it's not happening ever. I can't even envision a life of my own where I'm actually happy and I'm not angry all the time. A life where I'm not hoping, wishing, and praying that nothing bothers me and I don't go off accidentally on one of my friends or a random person. It's driving my NUTS. It feels like I walk around inside a bubble and whenever I get upset, that bubble shrinks and squeezes me until I can't take it anymore and I have to burst out of it with all of my might to escape before I get squeezed to death.

My brain can be so quiet, yet it feels so loud. My thoughts aren't nosy, but they feel loud when there's so many at once. "Why won't my brain let me be happy?" This is line from my favorite show, Malcolm in the Middle, and it is hands down the most relatable phrase I've ever heard in my life. I ask myself this everyday. People will say that I need to let things go. And here's what I have to say on that matter. Freshmen year, a friend of mine told me that being angry is like holding onto a piece of burning coal, the only person that gets hurt is the person holding it. So if I just let go, I won't be burned anymore. WELL. I hate that analogy so much because I'm not holding onto the coal because it's fun. Letting go of things that aren't tangible doesn't make sense to me and I don't understand how to do it. Anger makes me do things out of spite such as refusing to let go and not be angry. And also, my hand is burnt and hurt even after I let go, so how would I move on from that?

I've been angry for a long time. At least feeling this way makes time go by really slow. The older I get, the heavier the word feels. Yesterdays problems feel like jokes compared to how I feel now. I hope to lighten up soon, feeling heavy can be tiring. I wonder what kind of person I would be if I were happier and calmer with myself. Who knows, maybe I'll always be angry.