I'm A Failure, And That's Okay

I'm A Failure, And That's Okay

I will not be defined by my failures, but my willingness to keep moving. 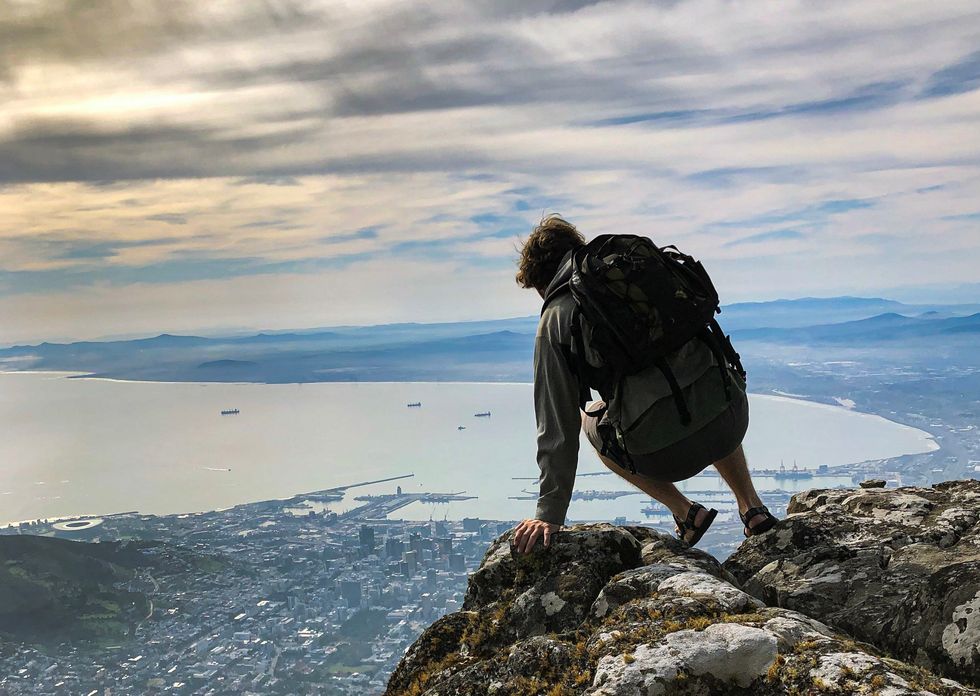 Over the Thanksgiving holiday, I was teaching my little brother how to ride his skateboard. The first day we practiced I held his arms and pushed him up and down the street, it was a blast. The second day I brought out my own skateboard and rode around as he tried to figure it out. As I was riding I looked over him and watched him take a nasty fall. He ran away screaming and crying. He was "Never going to get on that thing ever again". In the midst of this, I looked at him and said, "Hey It's not about the fall, Everyone falls. It is about your willingness to try again." With tears in his eyes, he looked at me and said, "You never fell, I've never seen the pros fall, so why do I fall?".

My brother is too young to know this, but I am an utter failure. I've failed my classes, I have failed friendships, relationships, responsibilities, you name it. I fail every single day. See, what he is too young to understand about skateboarding is that the pros have fallen hundreds of times. That is why they are professionals. I have fallen off that skateboard more times than all of my friends combined. The important thing is that we get back on, we keep moving forward. In the end, he got back on the board. He didn't want me to let go of him again but he overcame his fear. That was a proud brother moment.

Sometimes that's how life is.

There are a countless number of things that I have failed in my life but the ones that stick with me the most are my past relationships with women. I would say there were three relationships in my life that held measurable significance, and I failed all three. The toll that these ran on me still affects me to this day, and surprisingly I am thankful for it. Not only are these three women the strongest people I know, but they also helped shape me. One taught me to keep pursuing, to not give up on the people you care about. Another showed me my need for a savior and was ultimately a major part of me giving my life to Jesus. The last taught me that forgiveness is necessary to keep moving. There were plenty of hardships and brokenness that arose out of these relationships, but all three showed my cracks. They showed that I have a place that needs mending. So I mended those places, and today I can walk out as a better individual. Now, this isn't my excuse for those broken relationships being broken. I was riddled with insecurity, bitterness, jealousy, and mistrust. That is why they failed. I'm just choosing to find the light instead of focusing on the dark. Sometimes that is how life is. It's about finding the light in an almost pitch-black space.

The second thing that my brother said, "You never fell..." made me start thinking about how other people see my failures. So after milling it around, I came to the conclusion that people are either too wrapped up in their own failures to care about yours, or they use yours to feel less insecure about their own. Both are natural responses to failure. So why do we care so much about other people's opinions when it comes to failure? Maybe it is social acceptance or fear of persecution but at the end who cares? Certainly not that coffee barista, or that cashier that checked out your groceries when your card got declined. Sure, they may have judged that failure, but what if we worked toward how we will be remembered instead of focusing on when we missed the mark?

How I want to be remembered

My failures aside I began to think about how I want to be remembered at the end of my life. Despite all of my shortcomings, how will people see me? If truly no one notices how much I have failed, then how will I want people to remember me? I want to be remembered as a boy who chased the sunset. someone who loved greatly and gave generously. A restless soul who lives life on the edge, loving everyone. Someone who loves Jesus, and tells everyone about his love. I don't want to be remembered as a kid who deals with depression, who hurt the people he loved, dropped out of school for a semester, and never got up when he fell. I want to be like my brother when he fell off his skateboard. Though the fall may have hurt a lot, I want to be the boy who got up, dusted himself off, and moved forward.

"Success is not final, failure is not fatal: it is the courage to continue that counts."
― Winston S. Churchill