Iliza Successfully Spread Her Humor Across The Pond
Odyssey

Iliza Successfully Spread Her Humor Across The Pond

Iliza Shlesinger opened her European tour in Manchester, and she crushed it. 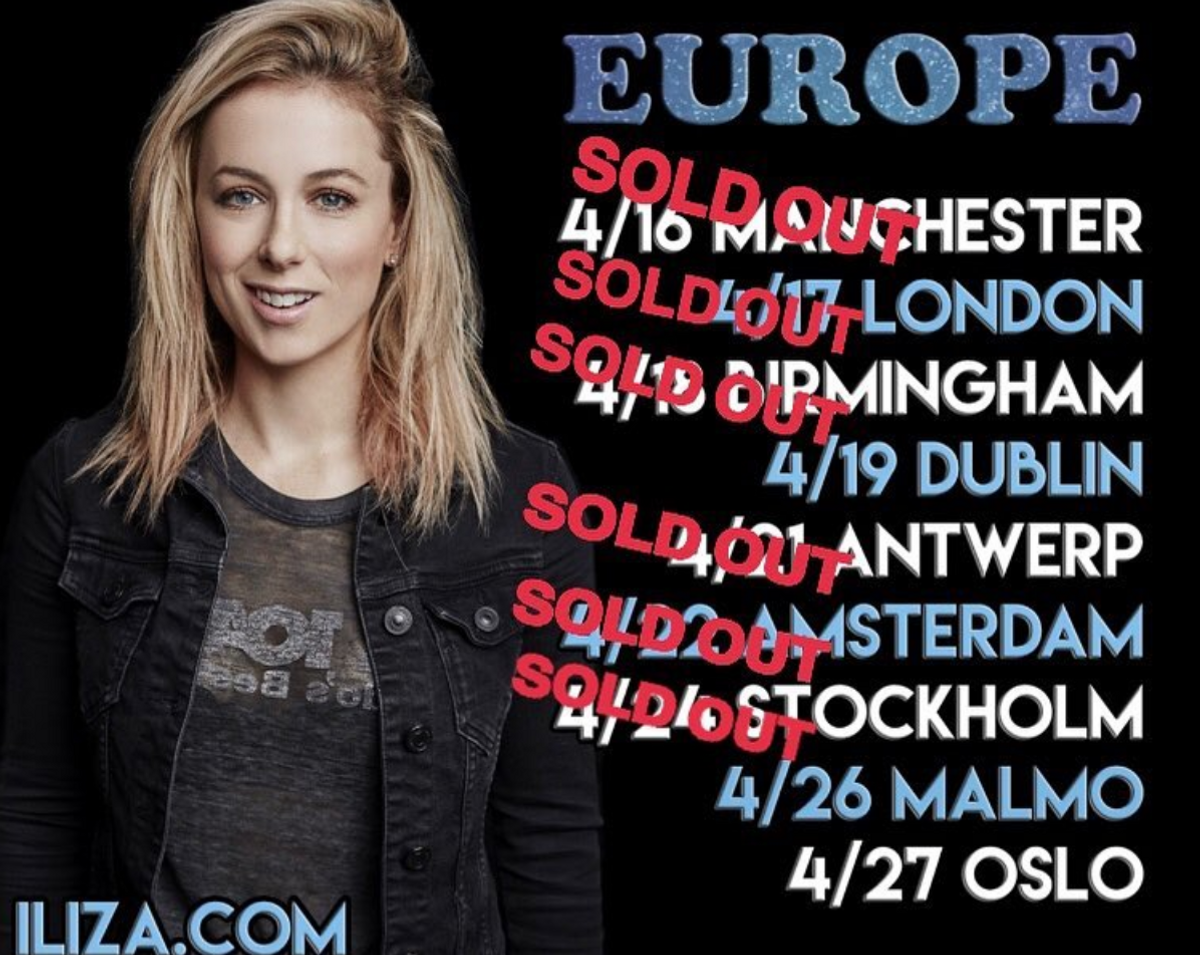 Witch cackles, snorts, wheezes, and giggles roared from the audience of the Lowry Theater during American comic Iliza Shlesinger’s performance. One moment she is the beautiful blond woman that she is, and the next her voice has dropped to its deepest level rupturing through the mic as she cracks out the punch line of her joke.

Iliza performed the first show of her “Elder Millennial” European tour at the Lowry Theater in Salford (Manchester, England) to a mixed male and female audience ready for a laugh.

With three specials on Netflix, and a fourth just filmed, Iliza kickstarted her first solo European tour. The 35-year-old has been doing comedy for years, as her first Netflix special War Paint dates back to 2013. Since May of 2017, Iliza has broadened her comedic career with her late night talk show Truth & Iliza on the network, Freeform, and her book Girl Logic (released in November 2017). Alongside her brazen sense of humor (she is not afraid to drop the f-bomb), she discusses pop culture, politics, and has special guests on the show.

She commands the crowd with her Jim Carrey-esque animated imitations, gestures, and facial expressions ranging from the damsel in distress to the she-dragon women turn into when there’s no one else around, all while carrying out her own brand of feminism, not being the man-hating type “because then you’re just a bitch”, as she put it.

Iliza takes the reality of the relationships between men and women in an honest manner. She raised the question to the audience, ‘Why do men have to be the ones to go up to women? Why can’t the woman just go up to the man?’, she answered with her hands motioning up and down her body accompanied with, ‘because we did all this,’ in reference to the amount of effort women generally put into their appearance and it is the man’s turn to put the work in.

Iliza’s relatability is undeniable. Region to region, and gender to gender, Iliza makes references to accompany the collective, which is one of my favorite parts of her sense of humor.

If you haven’t already checked her out, I highly recommend doing so ASAP.

She seems to always leave her audience stunned in their seats with her effortless humor. Forget Trump’s America, I vote Iliza.