If Only Real Life Were As Easy As A Board Game

Is the Game of Life as simple as it seems? 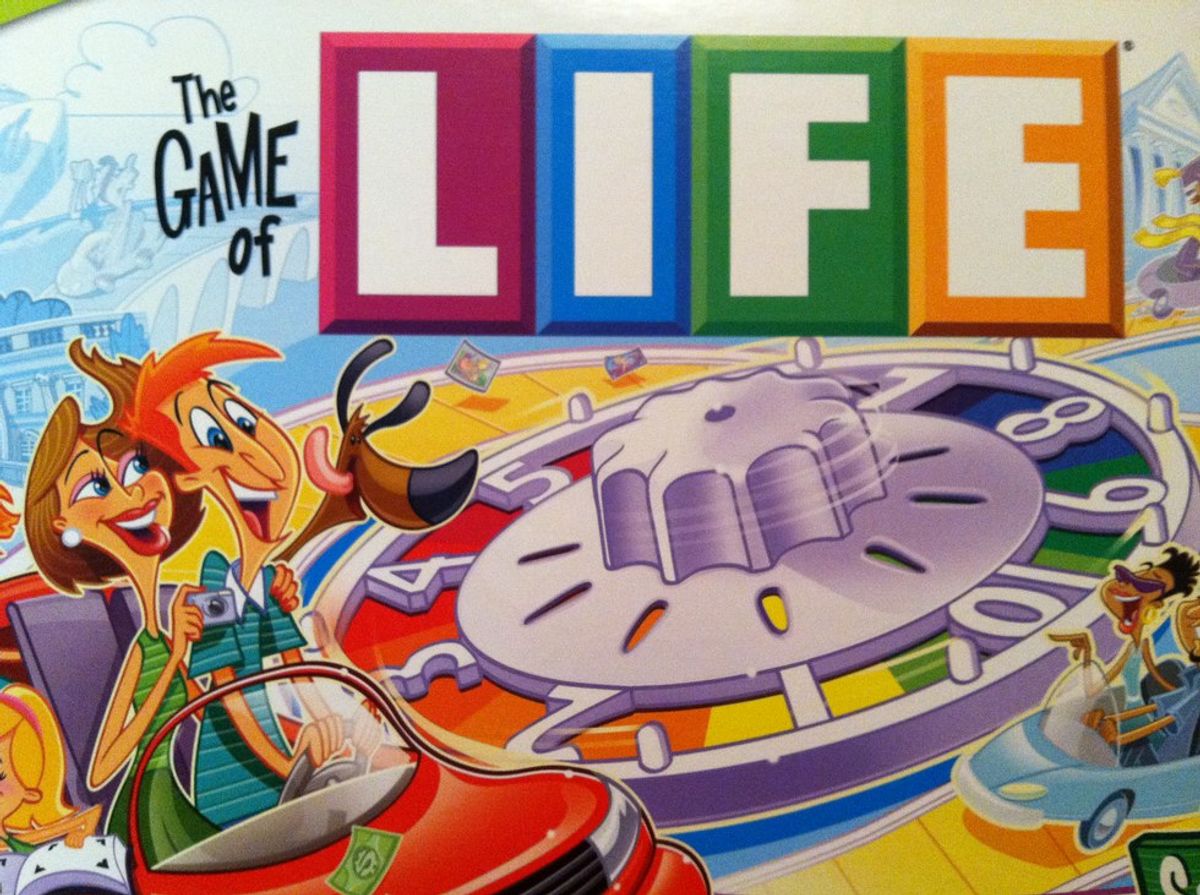 As a kid, one of my favorite things to do was play board games. Employing financial strategy in Monopoly didn’t interest me, Sorry was too much a game of chance, and one can only play Candyland too many times. But there was the Game of Life. A game where you could choose your career, have a husband, and retire a millionaire- what more could you ask for in a game? In hindsight I think the allure came from the relative tangibility it presented- in 10 years, I would be in college, in 15 years, hopefully married, in 20 years, buying a house, what flaw could a game that presented a tentative look into the future have? None, it didn’t seem, until I played the game as a college student.

The truth that obtaining a college degree isn’t a guarantee of wealth or security.

In the game we played, my brother decided not to go to college, chose a career as an entertainer, and earned $60,000 per year with benefits. I went to college (accruing $100,000 in debt), emerged as an accountant, and made $30,000 annually. Not to say there isn’t merit in a college degree, but it is no longer a golden ticket (metaphorically and literally).

The Game of Life requires you to get married.

We live in a society that is notorious for its bold embrace of individuality. Subsequently, the marrying age has significantly increased, while marriage rates per capita as a nation have declined dramatically. The Game of Life forces you to stop about 10 paces after college/a career decision for marriage, implying not only that marriage is an expectation immediately after you have a semblance of a future, but that marriage is a societal obligation rather than a choice. Success is measured by wealth, not experiences.

Periodically throughout the game, players collect “Life tiles” to commemorate achievements, varying from the birth of a child to winning a game show to becoming mayor. However, at the end of the game, players turn over their life tiles and are awarded money based on the degree of the accomplishment: i.e. $10,000 for publishing a novel to $100,000 for earning a Lifetime Achievement award. This negates the value of collecting tiles throughout the game, and deduces the reward of life experiences to monetary value- after all, the winner of the game is the one who earns the most money. Inadvertently, it poses a bleak and capitalistic assumption that life is measured by financial gain.

Is it appropriate to consider life a game?

Do I believe that the Milton Bradley company intended to make a moral or philosophical assertion about life by creating a board game fashioned like life? No. But the game itself demands introspection about whether it is fair to consider life a game, and ourselves as players. And I think that considering life to be a matter of strategy, something that can and should be “won” in a specific manner, isn’t all fun and games.

Glorie Martinez
5646
Why I Write On Odyssey