Miami leaves Raleigh with a narrow victory over NC State. 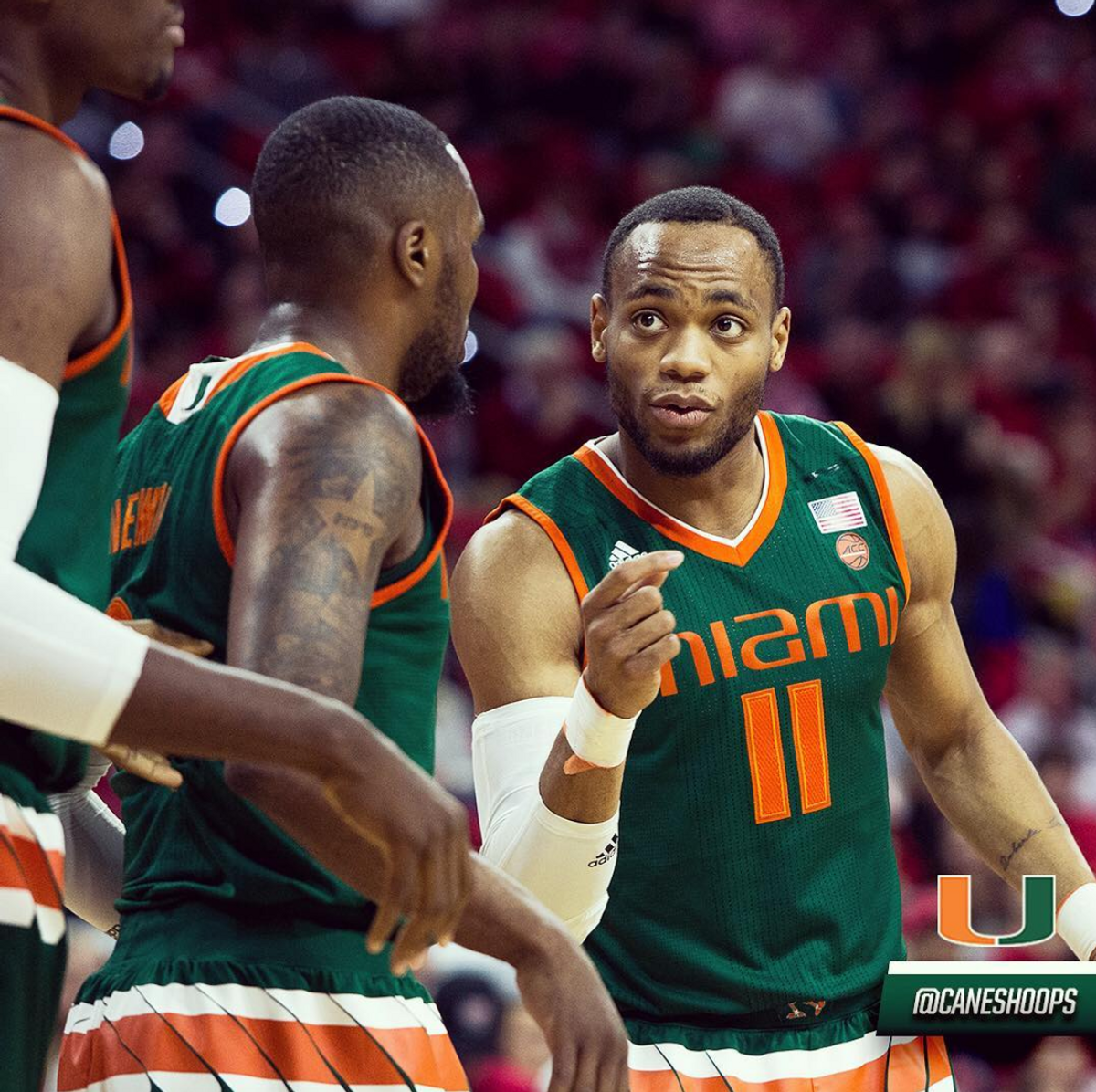 The Hurricanes escaped North Carolina with a narrow victory over NC State. Once again, it was the freshman Walker (12 points) who garnered much of the attention. But, Bruce Brown also had an impressive night. He led the Hurricanes with 19 points on 7/8 shooting.

Brown showed his hot hand early with two quick threes in the first quarter. A couple of plays later, Brown found a high flying Walker on an alley-oop to give Miami a 18-9 lead. The Wolfpack would go on a run to cut the deficit to 1, however, thanks largely to Omer Yurtseven. He had a big night as well, finishing with 28 points on 12/16 shooting.

The Hurricanes and the Wolfpack would enter halftime in a closely contested game. Miami was in front 36-32.

Miami attempted to stretch their lead after halftime, but Yurtseven would always provide timely buckets for NC state. The second the crowd became silent, he would make a play to re-energize them. However, Miami was not phased by the crowd noise. Brown made sure the team would respond. He gave the Canes momentum with a driving layup and one. A few plays later, Brown swished a three to give Miami a six point lead.

When Walker made a three to give Miami an eight point lead, it seemed as if the Canes might pull away late. But, the Wolfpack kept it close. Another timely NC State bucket would cut the lead back to five.

However, the Wolfpack was never able to catch up with the Hurricanes. After a NC state miss, Lonnie Walker zoomed down the court and found Brown for a thundering dunk and dagger to make the score 82-74.

Miami won by a final score of 86-81. This was an important conference win for a Canes team that is trying to mesh before the ACC tournament.