The 3 Most Humiliating, Reality TV-Worth Crying Scenarios That, Unfortunately, I Will Never Forget
Odyssey

The 3 Most Humiliating, Reality TV-Worth Crying Scenarios That, Unfortunately, I Will Never Forget

I have been humiliated many times in my life, and many of them include my tears bringing the attention (and future humor) to myself. 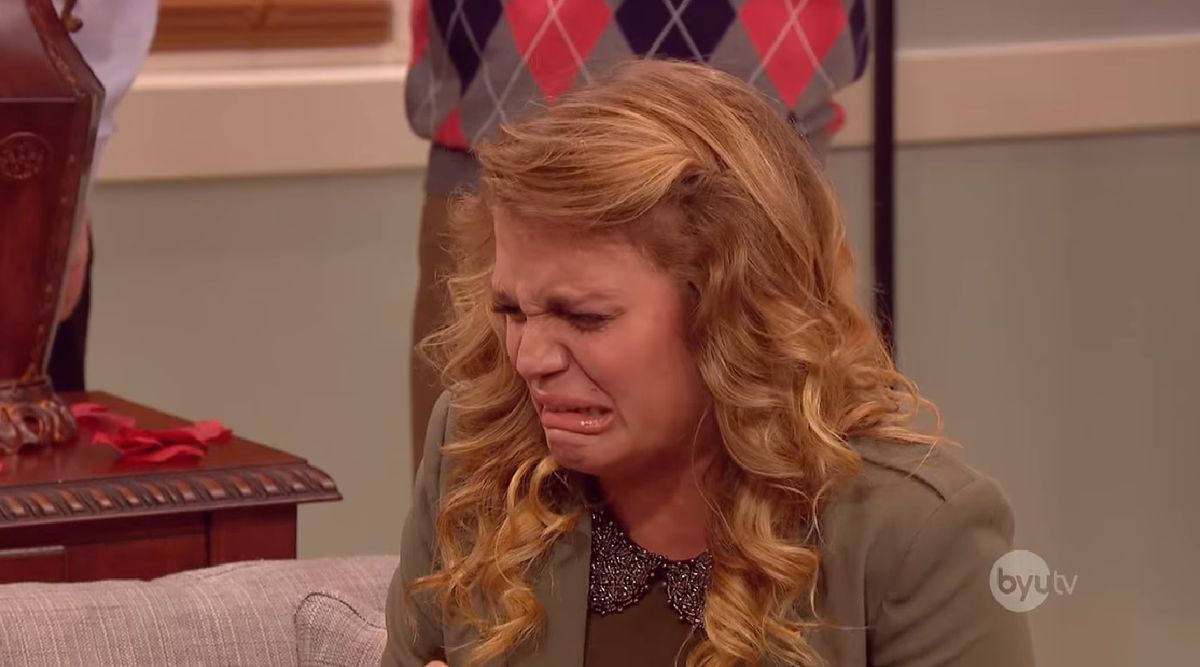 As a child, I was extremely dramatic. And to be truthful, I still am now. I used to look in the mirror almost every time I cried — and if I really want to, I will do the same thing now. However, in these three very vivid scenarios, I was lucky enough not to witness the red, puffy dog toy called my face.

Is it even a breakup if it was barely a relationship? I honestly have no idea. I just specifically remember a very stressful last day of the first semester of eighth grade. I was in a huge fight with three of my closest friends — but we won’t get into that. In the middle of the day, as overstretched as I was, my “boyfriend” kept on bugging me about what was going on between my friends and me.

After constantly trying to brush his comments aside, I just couldn’t do it anymore. I don’t remember what he said to me right before I said, “You’re so stupid,” but regardless, my comment came off as extremely rude. 30 minutes later, he decided to “break up” with me. When I think about this now, I laugh, but back then, I did the exact opposite.

You see, I was already extremely emotional from the fight I was having between my friends. After I was broken up with, I was even more upset because I thought that with all of these arguments unresolved, I would not have a good break, and I would return to school absolutely devastated. So, after excusing myself out of class to go to the restroom, I instead decided to collapse in front of my locker and cry. Boy, did I cry.

The most humiliating thing is that I wasn’t alone. Turns out, one of my friends was in the bathroom when I left class, so on his way back, he saw me breaking down. I stopped the tears from falling down my face and looked at him — our expressions were emotionless. We had no idea what to say to one another. After 10 seconds of blank staring, he decided to return to class without saying a word. I cried some more.

The highlight of my day, however, happened 30 seconds later. The boy who saw me crying told two of my best friends, and they rushed out of the classroom with a box of tissues and many ways to make me feel 10 times better. My tears of sadness turned into tears of joy. As for the humiliation? That stayed the same.

2. "The Fault in Our Stars" Midnight Premiere

A couple of years ago, I went with two of my best friends to the midnight premiere of "The Fault in Our Stars." After reading the books, we decided it would be best for each of us to take the precaution of bringing a box of tissues to the movie. That was a very good call.

During the first half of the movie, all was well. I had not shed a single tear, and I must add that I was extremely proud of myself. But then, after letting the pride get into my head, I heard the famous one liner, “I lit up like a Christmas tree.” I lost it.

After that, I immediately began to sob. I mean, it was as if I had built up all the tears I was going to shed from the beginning of the movie and decided to let it all out towards the end. It was terrible. I was pretty much the only person in the theater crying so early. I cannot explain how many heads turned towards me in annoyance and concern.

After five minutes of crying, I finished my entire box of tissues. My friend loaned me her box of tissues, but the theater was so dark that I ended up stuffing that perfectly full box with all of my dirty tissues. Great move, Nadine. So, I ended up crying for the rest of the movie, letting all of the snot drip down my wet face. But don’t worry — that did not stop me from having one of the best nights of my entire life.

One night when I was five years old, my family went out to dinner at a restaurant like Dave and Busters, where there is both food to eat as well as arcade games to play. Along with us joined at least three big groups of family friends, all of whom I barely recognized. One of the young kids (who we will call Barney) started talking to me and we decided to play some arcade games. My parents gave us a handful of quarters and, of course, we came back only 10 minutes later to ask for more.

After at least five rounds of asking for more quarters, my parents told us it was time to stop playing. I was upset. Those arcade games were extremely fun.

So, I decided to do what any five year old would do — ask a stranger for money. I approached a man standing near an ATM machine and bluntly asked, “Can I have some money?” He looked at me, puzzled and ignored my question. I began to cry. My father pulled me away from the ATM machine, and I told him what happened.

“I thought that was Barney’s dad.”