How Your Microwave Is Killing You
Odyssey
CurrentlySwoonLifestyleHealth & WellnessStudent LifeContent InspirationEntertainmentPolitics and ActivismSportsAdulting
About usAdvertiseTermsPrivacyDMCAContact us
® 2023 ODYSSEY
Welcome back
Sign in to comment to your favorite stories, participate in your community and interact with your friends
or
LOG IN WITH FACEBOOK
No account? Create one
Start writing a post
Health and Wellness

How Your Microwave Is Killing You

They're more dangerous than you think. 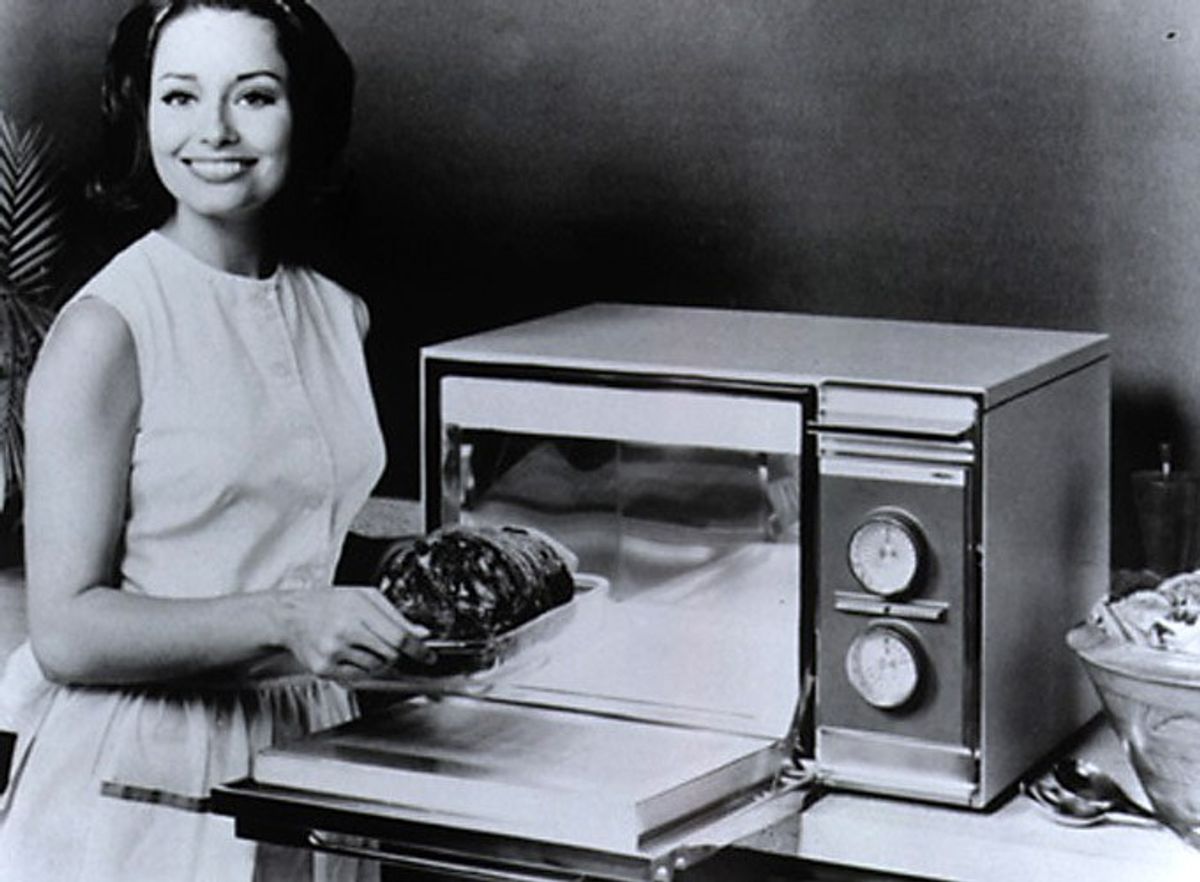 According to The Southwest Museum of Engineering, Communication and Computation, more than 95 percent of American households own a microwave, a gift from God to college students. We use these machines mindlessly on a daily basis to cook our food as quickly as possible, occasionally referring to them for the time of day if our iPhones aren’t around.

Not only do microwaves tend to unevenly heat our dinners, but they are also detrimental to the lives of humans. That’s right, folks. Your microwave is killing you.

You’re probably wondering how your microwave has the ability to kill you when it isn’t exactly alive and bearing weapons of destruction. But interestingly enough, it doesn’t need to be.

Microwaving food is about as natural as walking for us college students. We’re constantly eating on the go and finding the quickest ways to get what we want, fast. Nevertheless, it’s important to consider the following.

Eating microwaved food causes loss of memory, concentration, emotional instability and decreased levels of intelligence. Continually eating food processed from a microwave causes permanent brain damage by essentially shorting out the electrical impulses in our brains. When we nuke the food we proceed to consume, we are to some degree nuking ourselves.

Heating our food in the microwave strips away its original nutrients. What may have started as a nutritious plate of food can evolve into essentially dead food. According to Dr. Joseph Mercola, water molecules rotate rapidly in the microwave and in the cooking food at high frequencies. This creates molecular friction to heat up the food but also causes the molecular structure in the food to change. As a result, the nutritional value the food may have once contained is caput.

The human body was not designed to metabolize the by-products that are created when we microwave our food. As a result, nuking our food can cause stomach and intestinal issues. There is an increased rate of colon cancer in our country, and a primary contributor could be the cancerous tumors that microwaved foods have the potential to create in our bodies, according to the Institute of Radio Technology.

Additionally, microwavable foods have been found to contain toxic chemicals such as BPA, polyethylene terephthalate, benzene, toluene, and xylene. The plastic containers used to heat microwave meals release the carcinogens along with other harmful toxins into the food, which are then absorbed by the body.

Dr. Magda Havas of Trent University found that the radiation levels of a microwave can even affect heart rate and heart rate variability. The radiation microwave ovens emit instantly produce harmful effects on the human body because of the 2.4 GHz frequency of radiation. While these levels are within federal safety guidelines, these levels are detrimental enough to cause immediate and dramatic changes in heart rate.

Countries such as Russia have previously banned the use of microwave ovens. Forensic teams in this country began investigating the use of microwaves and found that the chemical alterations of microwaved food causes malfunctions to occur in the lymphatic system. This results in the degeneration of the immune system as well as its ability to protect itself against cancerous growth or tumors.

Kinesthesiologist David Bridgman advises his patients to avoid using microwaves all together, as frequent microwave users often experience feelings of what he calls weakness and lowness. Bridgman uses muscle testing to observe the electrical, chemical, nutritional, emotional and structural imbalances in his patients and frequently finds the electrical levels to be the most imbalanced. Of the people he tests for allergies, 99.9 percent show severe sensitivity to microwaved foods.

Even though microwaves cut cooking time in half in comparison to conventional ovens (which many of us don’t have here in college), I challenge you to reduce the amount of times per day you use your microwave. Don’t give your microwave the power to kill you.

Nicole Marie Nigro
Individual Creator
1728
c1.staticflickr.com
Where to start...... Let me start with the cliche that life throws us curveballs and what we do with it is what counts.