How To Please Women In The Bedroom

Guys, If You Want To Know How To Please Your Lady In The Bedroom, Then Do Some Research Into Women’s Health

It's time to do a little digging and start prioritizing her pleasure as much as yours! 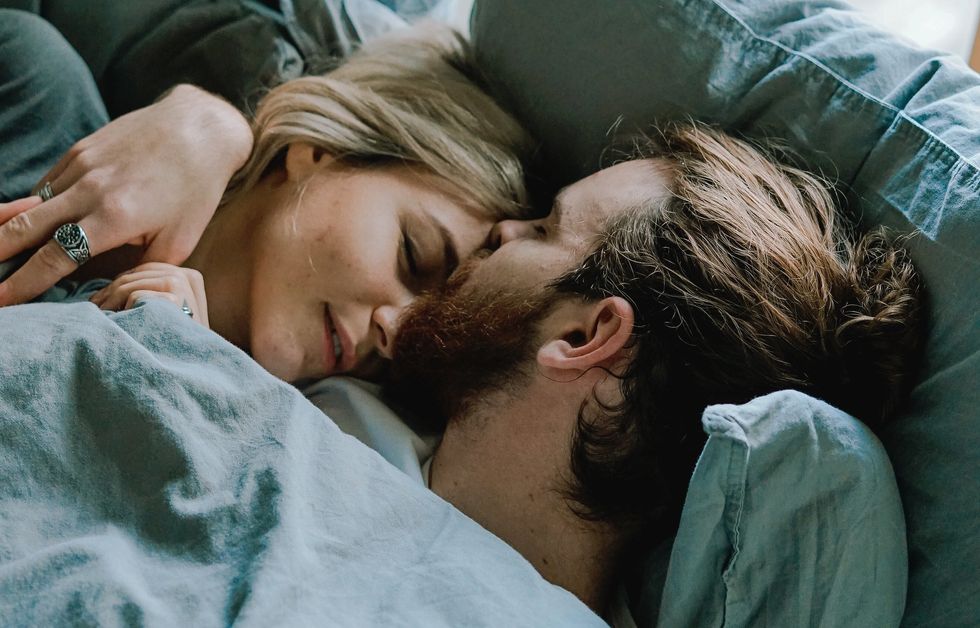 Photo by Toa Heftiba on Unsplash

If you've ever been involved in a sexual relationship, then chances are that at some point you've run into issues trying to make sure all parties are satisfied. It doesn't help that there's a lot of misinformation out there about intimacy and female pleasure, so it's no surprise that some men find themselves struggling when it comes to providing a more pleasurable experience for their women.

When you're younger it can be difficult for some women to communicate in the heat of the moment, especially if she's the more reserved type. If you find yourself lost on what to try next, here are some topics you should investigate if you want to hone your love-making skills.

Much like the wage gap, there is an orgasm gap between heterosexual men and women, with one study showing that only 39 percent of women orgasm during partnered sex. Men, on the other hand, orgasm 91 percent of the time during partnered sex. That's a very significant difference, and it comes from several different causes. Primarily as a culture we tend to value penetrative sex above all other sex acts, which makes some people think that this is the way both parties should orgasm. Of course most people know about oral sex, fingering and hand jobs, but often we don't consider them much more than foreplay. If most women can't orgasm from purely penetrative sex and we consider other forms of sex as mere foreplay then it's no surprise women orgasm less frequently than men.

In terms of other roadblocks to an orgasm, some sex researchers say that feelings of depression or anxiety can prevent some women from orgasming. Most women would probably tell you that orgasms aren't simply physical, but also mental. It's difficult to relax into feelings of pleasure if in the back of your head you're worrying about a deadline at work. Additionally, some women can feel pressured to orgasm or feel anxious that they're taking "too long". One way to combat this is not to ask whether they have or not – constant badgering would bother anyone, and it can take her out of the moment.

While it's difficult to make sweeping generalizations about how women orgasm since everyone is different, there are some studies done on the subject. A 2018 study found that women were more likely to orgasm if sex lasted longer, they received more oral sex, they acted out fantasies and/or they participated in sexual phone calls or texting. A common thread among these factors is the variety. It suggests that varying the types of sexual acts couples engage in is more likely to lead to climax for women.

The same 2018 study found that participants orgasmed more frequently if they advocate for their needs in bed. This isn't surprising – no one is a mind reader and it's unrealistic for anyone to expect their partner to automatically know what they want. Ask your partner to show you how she masturbates and encourage her to tell you what feels good or where to touch her the next time you two get busy. Words are much easier to decipher than a sigh or a moan, so ladies don't be shy – tell him what you need from him to feel good, otherwise you might be inadvertently subjecting yourself to unsatisfactory sex.

When it comes to having sex, the burden should never be placed on one person to make sure everything goes well. While men should broaden their horizons and start placing more emphasis on non-penetrative sex, as women I realize we also need to start asking for what we want. It can be a daunting task at first to speak up in the heat of the moment for fear of hurting his feelings but just remember that someone worth being with will appreciate you giving him direction. By both partners doing their part to make sex a great experience, they're much more likely to enjoy themselves.

Go out there, be selfless lovers, and put effort into understanding your partner.

Hitting The Snooze Button May Not Be Your Bad Habit, You May Just Be A Clinomaniac