Celebrating Holidays Early Is A Problem

To The Girl Who Has Christmas Music On Repeat In October, I'm Sorry But We Can't Be Friends

Until Santa rides out in the Macy's Thanksgiving Day Parade I don't want to hear A THING about Christmas. 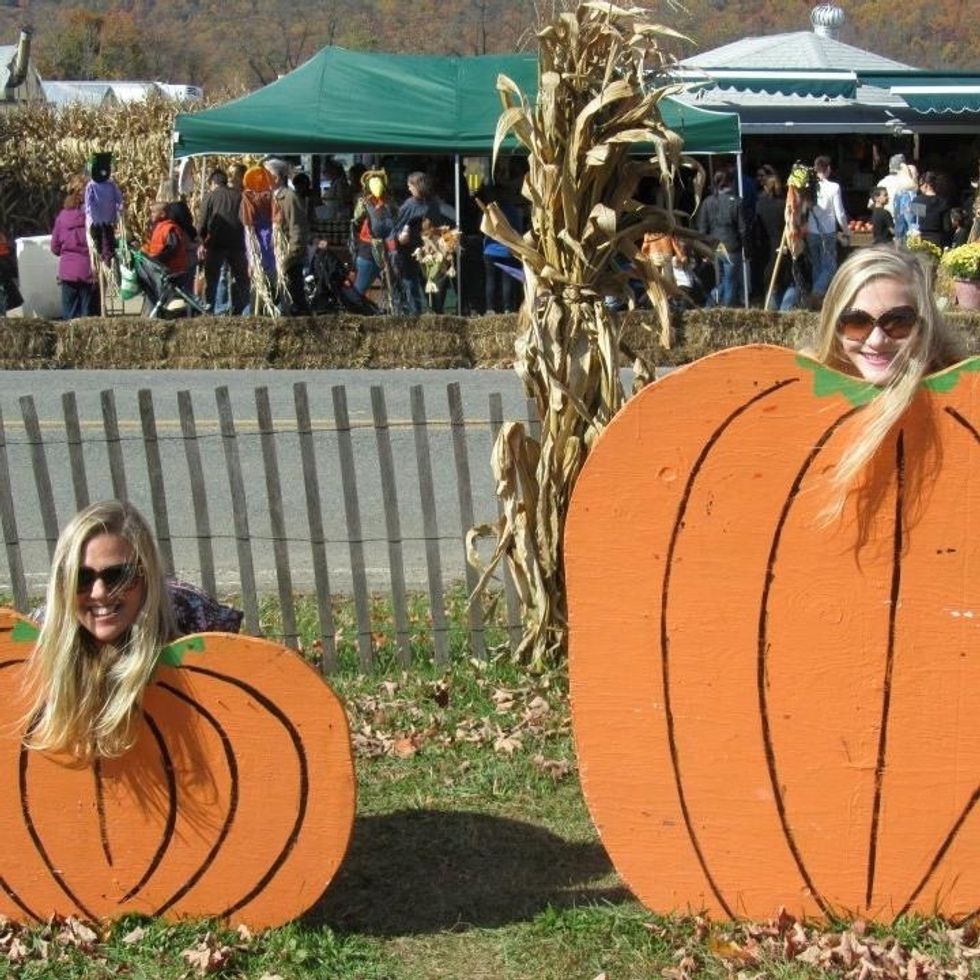 I am a by-the-book season/holiday person. That means my skin crawls when I see school supply advertisements in mid-July, and I would rather stand in front of a moving bus than see Christmas things in September, and I think that it should be a sin to leave your decorations up for more than a week after the holiday/season. This extends to wearing apparel that represents said holidays/seasons. No decorating early, no leaving things up late.

But I love holidays! I love seasons! And I love birthdays! I just crave structure and rules.

Clearly, not enough people share this opinion with me because if they did, I wouldn't be writing this.

I am now going to illustrate an exemplary summer-to fall-to-winter transition.

Precisely on the first day of Fall (in the 20s of September, notice how I didn't say August!), all the stores would roll out their decorations and everyone would embrace the great season. This year I tripped over a pretend snake (for Halloween) in Michaels while I was shopping in mid-AUGUST for home furnishings.

One, why do I ever have to be in a store with fake snakes and two, it definitely shouldn't be happening in August!

Next, as a population, we would hold off on anything specifically Halloween til let's say, October 1st. Then we would do Halloween til the 31st and as soon as the last child knocks on the last door and says "trick or treat!" we could start taking down the decorations.

Full gear on Thanksgiving next (which is my favorite holiday and should get more attention). This is the blow the lights out time on anything fall-ish, we get the whole month of November!! When the last Thanksgiving leftover sandwich is made, we start hunting for that perfect Christmas tree.

That doesn't seem so hard, does it? From reading that, why would we ever start fall before mid-September?! I just told you we get to celebrate it for like two other months!! I'm not trying to take anyone's holiday or season from them, I just want to keep our celebrating, decorating and pomp and circumstance to what the calendar says. Am I asking for too much here?

So no, I don't want you drinking pumpkin spice in August. And no, I am not someone who gets their Christmas shopping done early. I like going to the mall when it's crazy because I feel like I'm part of something bigger than myself. And if we're being real, I'd like to impose an ordinance on drinking egg nog only on Christmas Eve, because anything more is excessive, but I can be flexible on that matter. I pretty much follow the rules on wearing white and will make sure my future gorgeous husband and our talented and smart children will all have matching Old Navy flag shirts for the Fourth of July. (I don't paint pumpkins, I carve them because I'm not insane.)

In a world where we demand everything at the snap of our fingers and think that the perfect job, guy, vacation and friends should just fall into our lap, I think having to anticipate each season would be a great thing for us to work on. Life goes by pretty fast and I don't want to rush my pumpkin spice latte. Also there is no time like the present, so take down your #$)@Q$# decorations in a timely manner, people! And until Santa rides out in the Macy's Thanksgiving Day Parade I don't want to hear a thing about Christmas! So can we all make a pact that now that it's actually fall we will savor our pumpkin spice and apple cider donuts and just enjoy it til Santa rides out in his fat jolly glory? Thanks.

50 Dog Names You Will Be Inspired To Use After Bingeing Disney+, Besides The Usual Suspects