How To Handle A Not-So-Great Roommate
Odyssey

How To Handle A Not-So-Great Roommate 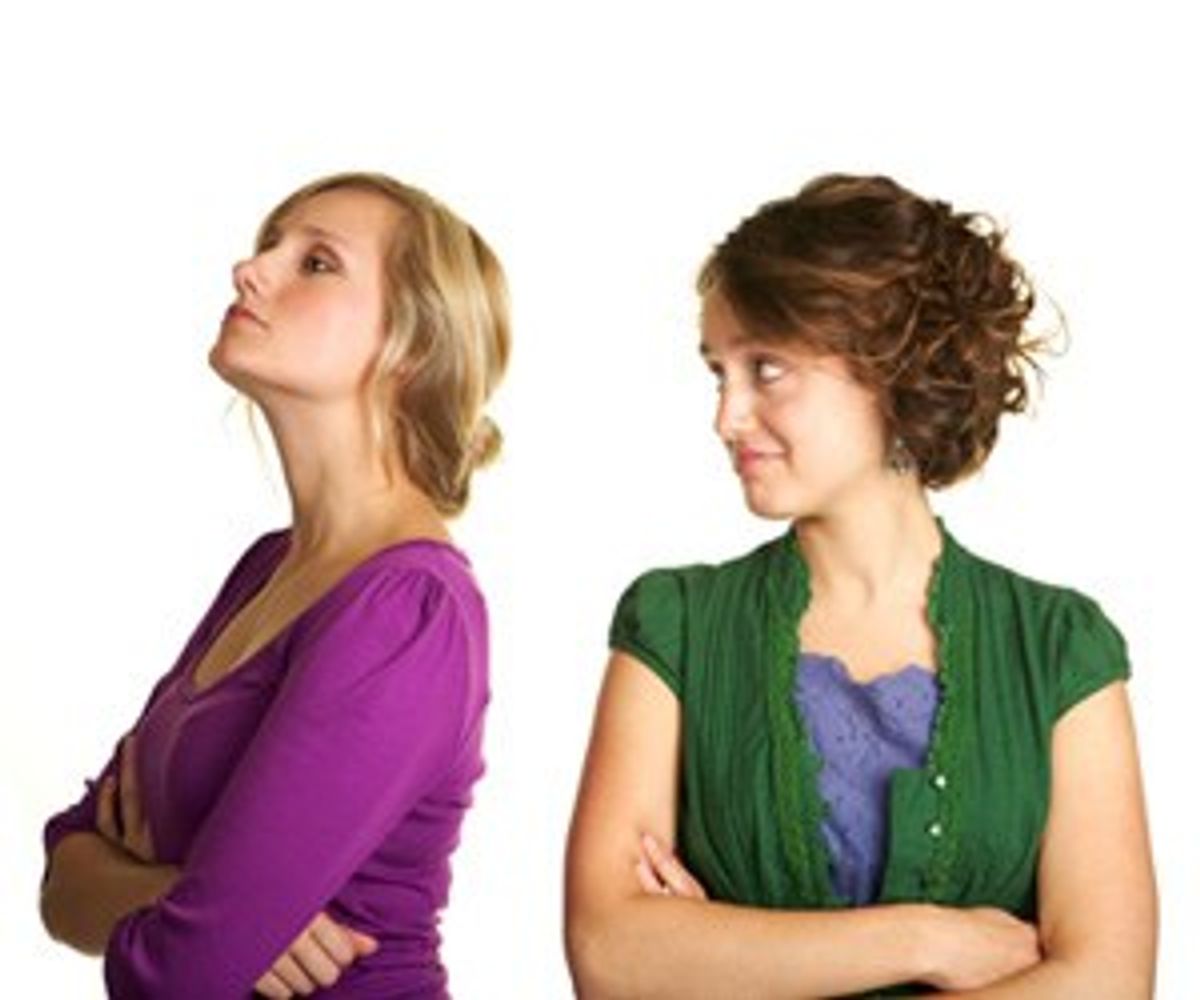 For any incoming student, starting college can be a particularly terrifying thing. Everything from how difficult the classes will be to how bad the food is can seem like something out of your worst nightmare. For those students who live on campus, however, the scariest thing about starting college is worrying about what their roommate will be like. For many, this fear is quickly laid to rest once the student realizes that their roommate either is or was in the same position they are, worrying about who they will be living with. While it is a nice idea to believe that all pairs work out that well, the reality of it is that sometimes, students will be stuck with a roommate who is less than stellar. This may not be the greatest situation to find yourself in, but there are ways to improve things, and make that “bad roommate” seem not-so-terrible in the long run.

My roommate from my first semester seemed like a match made in heaven. We had so much in common, from musical interests to hobbies, majors and past experiences. I could not have been paired with someone more perfect. That is, until various personality traits and bad habits began to show themselves. I struggled and hid from all of the issues that arose, convincing myself that if I ignored everything, it would be fine. As it turns out, I was going about all of it in the wrong way. Looking back, I realized there were so many more productive ways I could have handled everything she threw at me. Because of this experience with her, I realized things, and what I learned could very well be beneficial to others in my position. I felt discussing some of the scenarios I faced and how I handled them, as well as how I should have handled them in hindsight, could really come in handy for students faced with their own bad roommate.

Before I begin, I would just like to make one thing perfectly clear. This article is not meant to make my old roommate sound horrible. For all I know, she had issues of her own that caused this behavior. For this reason, her name and anything specific about her is intentionally left out.

Starting with a fairly small issue between us, I started to notice she would steal my food. It started small, with something like a bag of chips missing here or there. After a while, however, I started to notice that meals I bought for weekends or late nights were missing. This was a fairly big issue, because most of the money I earned at my job went toward my food on campus. Rather than actually confront her about it, I ignored it, and just pushed it aside every time it happened. I know now that that needed to be addressed. In scenarios like this, it is important to make it clear that if your roommate would like something that belongs to you, ask at the very least. If it continues to be an issue, mention taking the concern to figures of authority if necessary, and follow through on that if the issue is still not resolved.

Next, she started playing her music or videos obnoxiously loud, at any point in time. She seemed to never wear headphones, and that quickly became an issue when I was studying, or even when I was trying to listen to things of my own with headphones, and could not hear over hers. With this, I did not mention that it was a concern. I tried to avoid anything that could lead to conflict, and at the time, I basically saw that as anything and everything. To really take care of this issue, I could have and should have brought up politely that it was bothersome, and ask her to either use her headphones or listen to things more quietly. If it was still a persistent issue, bringing the noise issue to an RA’s attention could have handled that on a more professional level.

After other issues started to come up, I began to realize that she was extremely two-faced or flat out rude to people within our group of friends. She would take what someone said and spin it, telling others a skewed version of the truth that kept fueling flames that could have died. If that was not the case with one person, I often found that she was just plain rude to or about them, constantly talking about them behind their backs. As I began to catch this, I would warn people to watch what was said around her, so things could no longer be spun in a negative light. This seemed to cause further trouble, as I believe she began to catch on and then spin stories about me in return. Regardless of this, I still wholeheartedly believe that trying to warn people of someone’s character is more beneficial than other tactics, though it does put you at risk of becoming that person’s target. As with the two above, getting someone of authority involved if things become too serious is always a safe and available option.

One of the biggest issues I had personally with my roommate was her apparent lack of cleanliness. Everything on her side of the room was constantly a mess, dishes were never done, and she rarely seemed to bathe. At one point, she even had used tissues and various other things scattered on my side of the room, as well as on my bed! She would give any excuse imaginable for why it looked like that, or why she could not clean it then but would later. After a while, being in such a small room together, the smells became almost unbearable. Regardless of how many times or different ways I brought it up (and trust me, I tried a lot!), nothing ever got cleaned. I worked as hard as I could to keep my side clean, and once our move-out date arrived, I cleaned out all of my belongings and left before she returned from class, making sure to take my cleaning supplies with me, as she did not bring her own. This tactic was extremely passive-aggressive, and I would not suggest copying that if faced with that scenario. Instead, the reminders could be phrased more like necessities rather than suggestions. Unfortunately, there is not really anything to be done further than that, since the state of a room only becomes a concern to higher-ups if the condition is harmful to the students or damaging to the property.

The biggest concern to the dorm itself that became a problem was that she would frequently have her boyfriend stay the night in the dorm, on nights that I went home, of course. Although I realize now that I should have reported this to my RC as soon as I became aware, I kept quiet about it, because I did not want to cause any trouble. I know now that that was a huge violation of the safety policies at my university, and if I could go back and tell someone, I would without hesitation, as I really suggest anyone faced with this should do as well. As fun as it seems to be able to have your significant other stay in your dorm overnight, it is not only rude to your roommate, but it violates rules that are in place for a reason, whether or not you agree with them yourself.

All of these issues combined started to create some issues of their own that were not favorable. To start, the tension soon grew between us, and started to manifest in the form of fights any time we disagreed on even the smallest thing. These altercations never became physical, but they were frequent, and became quite loud and disruptive at times. Furthermore, I began to stay out of my dorm as often as I could. There was one day of the week in particular that I was practically never in my dorm, between my 9 a.m. class and work that did not end until 10 at night. There were chunks of time a few hours long where I would typically go relax in my room, but I began to choose sitting in the library over facing her. I let things get so out of hand that I started to feel like a guest in my own room, like I was just borrowing the space rather than living and belonging there. My willingness to overlook things or assume that passive-aggressive behavior would fix everything ended up creating a bigger problem that could have been nothing in the long run.

My final and most important piece of advice for those faced with a roommate who is not so great, or even that just has some irksome quirks would be to communicate about it. Do not follow the path that I took and stay silent. I cannot say for sure, but it is entirely possible that talking about the issues and concerns I had with this girl could have been solved long before they became full out problems. Take charge of your space, and make sure that things like this are handled in an efficient manner that does not result in anyone being hurt, mentally or physically. Ensuring that things go as smoothly as possible will allow both you and your roommate to have the most beneficial semester possible.

Best of luck to all future students!