How To Beat The Halloween Hangover

It takes more than Gatorade and Advil. 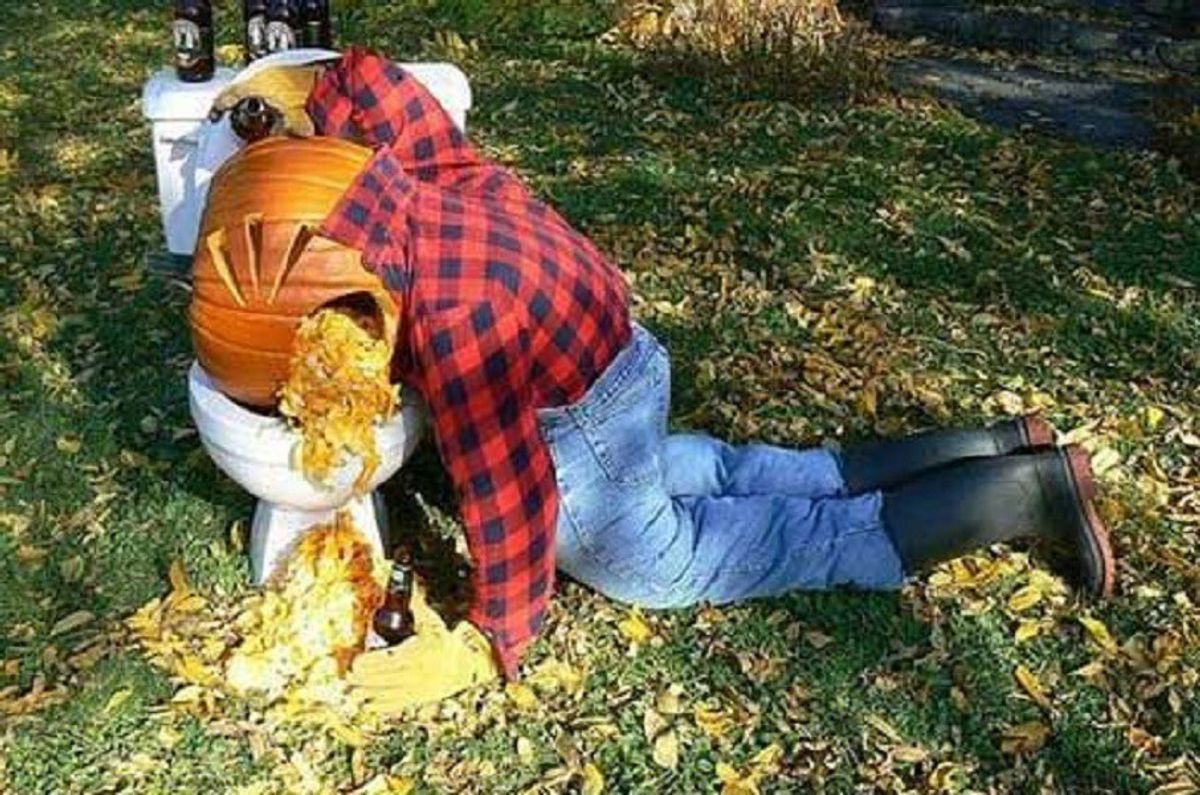 There's makeup on your pillow, seemingly random glitter all over your room, candy wrappers overflowing from your tiny garbage bin, and just like that, Halloween's over. All of the costumes, the decorations, the "I'm Just Here For The Boos" Pinterest boards - all put into the Spoopy Box until next year, when September 1st rolls around and starts the most Wonderful Time of the Year all over again. There's something in the crisp air that coats the campus in a layer of post-Halloween-melancholy, and now you've got a whole month until you go home to stuff your face with turkey (or to-furkey, if that's your jam), and with classes getting more intense, there's hardly any time to hype yourself up for the next wind of holiday spirit.

1. Get Rid of That Vomiting Jack-O-Lantern That Reminds You of Last Night

Seriously, just looking at that thing is making you nauseous. Plus, it's gonna go bad soon. But don't just throw it out the back door while playing your favorite Smashing Pumpkins album. Get some last-minute fun out of it, like filling it with food coloring and dry ice before giving it the ax. And as for those pumpkins you didn't end up carving, and just had sitting around for some good, old-fashioned decor: re-purpose it and get your money's worth by making some of these nifty crafts! Or, if you're in a rural area or live near a barn, see if you can donate them! Lots of farms accept and request leftover pumpkins to give a little extra treat to their animals.

2. Try Some Tasty Recipes to Fight Off the Cold

Here in Western New York, the weather seems to be as confused as the students in my senior seminar. The day before Halloween, it's warm enough to wear a tank top, and when you go to slip into your costume on Halloween night, the Arctic Circle has taken over. Warm up with some mouth-watering dragon noodles, classic loaded vegetable soup, and - my personal favorite - caramelized pork slow-cooker ramen with butternut squash (seriously, this stuff is incredible).

3. Cuddle Up with Some Festive Scents

I tend to go just a little crazy when Bath and Body Works or Yankee Candle has a sale. And, honestly, I think that's perfectly acceptable. Flannel, Sweater Weather, and Mahogany-Teakwood are some of my favorites for this time of year from B&BW, but Yankee Candle has so many heavenly seasonal scents to choose from. Heck, even Target has some insanely comforting candles! And if you're eager to hop into the Christmas mood, both have their winter-season scents out already (and if you're looking for a super-cheap alternative, most supermarkets have those cinnamon-scented pinecones in stock already!) Speaking of Christmas...

I know, 50% of the population is ready to never read an article by me again for this one. But hear me out - it can get you really in the mood to snuggle up to your Person (whether it be your best friend, significant other, cat, etc.) and give you that extra 'umph' to start getting hyped up again. And if you don't celebrate Christmas, listen to whatever holiday jamz you have fond memories of! Just don't go overboard - you don't want to be sick of it by the time Bing Crosby and Mariah Carey make their radio debuts on those channels that play ONLY holiday music 24/7.

5. Start Planning for Next Year!

Maybe I seem overly eager, but to me, it's never too early to start making plans on next year's bangin' costume. I started coming up with ideas for mine last year and have people asking me left and right if it's ready because of how much time I've put into it!

Best of luck getting over this slump. You can do it! Just one more month until