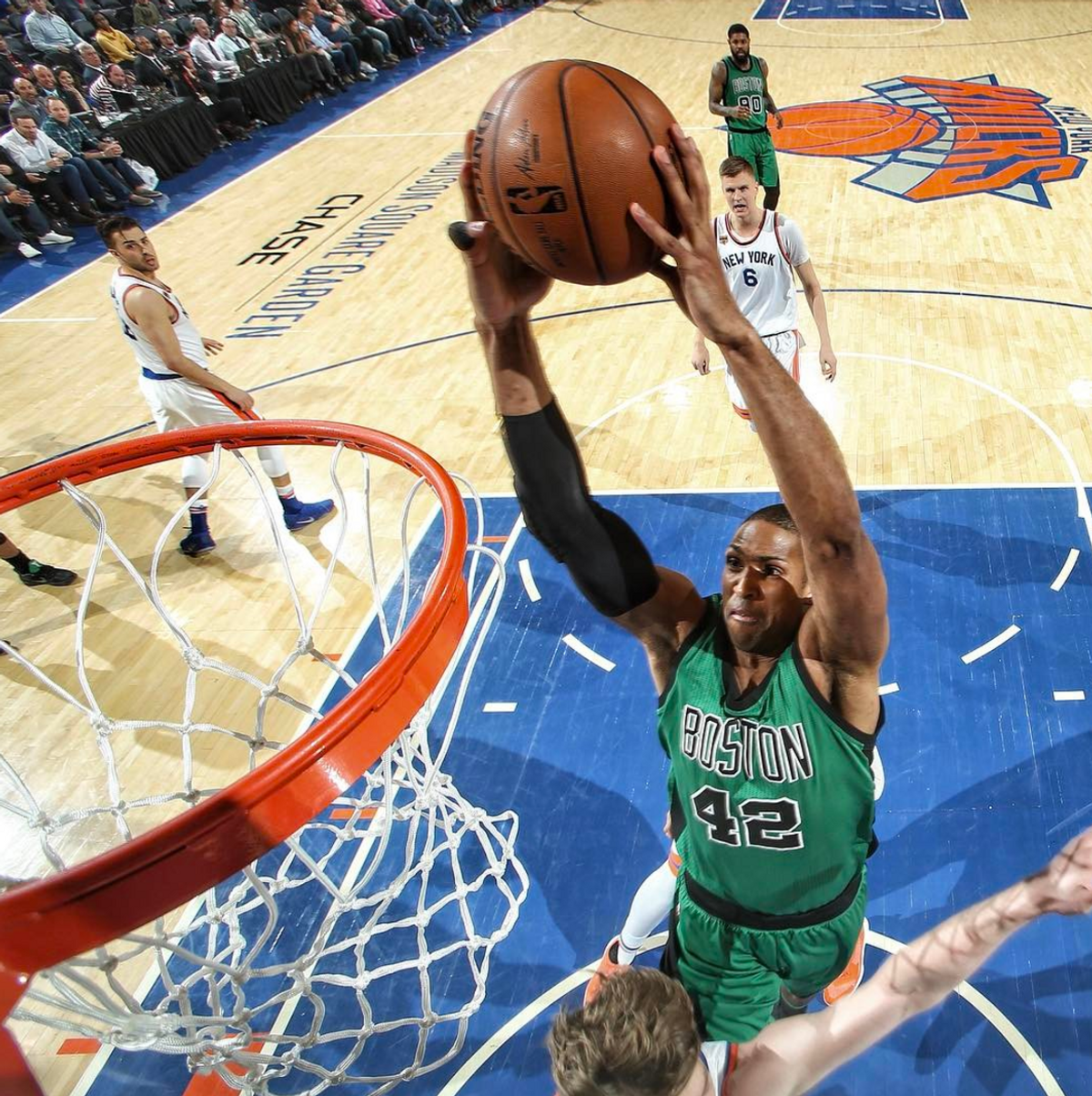 A new ESPN article reveals an obsession that many of the professional players share, and was probably a staple of your diet, too…in grade-school. ESPN’s Baxter Holmes calls PB&J the “NBA’s secret addiction” and in last week’s ESPN Magazine, he dug into how this fascination began.

The phenomenon began during the Boston Celtics 2007-2008 season, according to Bryan Doo, Celtics strength and conditioning coach. The legend began when an unnamed Celtic player was craving a PB&J, to which Kevin Garnett replied, “Yeah, let’s get on that”. So they did. On that night in Boston, Garnett played really well, to which he concluded, “We’re going to need a PB&J in here every game now”. From then on Garnett’s game night routine included two strawberry jelly PB&Js before every game.

Slowly, the rest of the NBA got wind of what the Celtics were eating for a pregame fuel up, and it wasn’t long before pretty much every locker room in the Association apparently offered PB&Js to their players. I find this interesting because in a league where “a player’s body isn’t jst a temple, but a corporation”, PB&J isn’t the healthiest snack. So, what is it about a PB&J?

It’s a quick and easy to make comfort food that, apparently, lifts players’ mentalities. According to Holmes, the most common explanation is that PB&J is a comfort food that most players grew up on and it makes them feel good! Brett Singer, a dietitian at the Memorial Hermann Ironman Sports Medicine Institute says, “You feel good, you play well”. But it’s also more than that. NBA players are crazy superstitious about their routines and when something works for them; they like to stick to it.

These players aren’t just eating any PB&J, apparently each team and player have their own preferences when it comes to peanut butter and jelly. According to Holmes:

"The Trail Blazers offer 20 crustless, halved PB&J’s pregame-10 of them toasted. The Rockets make sure the PB&J is available in their kitchen at all times, in all varieties- white and wheat bread, toasted, untoasted, Smucker’s strawberry and grape, Jif creamy and chunky. The secretive Spurs, it has been confirmed, indulge in their own pregame PB&J’s. The Clippers, at home and on the road, go through two loaves of bread, almond and peanut butters, and assorted jellies from Whole Foods. The Pelicans offer PB&J everywhere: hotel rooms, flights, locker rooms."

It goes on and on, from almond butters, to Nutella, to blueberry and apricot jelly flavors, and gluten-free breads from a local bakery. The rookies of the Milwuakee Bucks apparently prepare the sandwiches on the plane and in locker rooms during away games. The power of PB&J has even been manipulated as a form of “asymmetric nutritional warfare,” according to Holmes. In Cleveland, they impose prepackaged Uncrustables on the opposing teams while serving themselves artisanal PB&J’s before tip-off. In 2015, the Golden State Warrior’s head of physical performance and sports medicine had a healthy vision, one that included less sugar, and tried to do away with the ritual. The team revolted and won this battle after Steph Curry got on board (his favorite is Smucker’s strawberry and Skippy creamy).

Ultimately, the powers of routine, nostalgia, and comfort food are not to be underestimated, especially when it comes to the NBA. When NBA commissioner Adam Silver was asked about the PB&J obsession, he said, “Our official stance is that it is a healthy snack”.

For lunch, I think I'll have what Steph's having.