How Many Names Does A Pet Have?
Odyssey

How Many Names Does A Pet Have?

Short answer: Way too many! 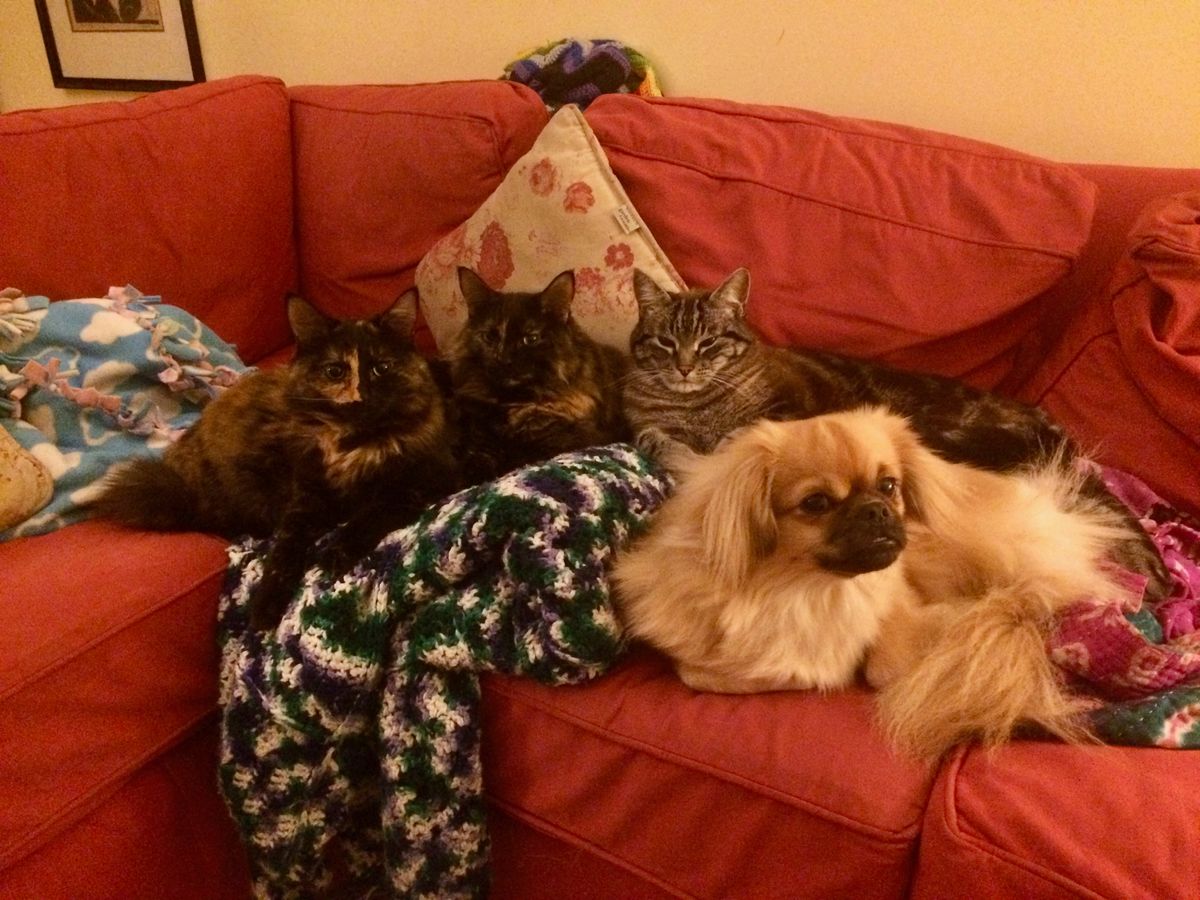 How many of you usually call your pets by the names you first gave them? If my experience with the current menagerie at home is an example, I'm guessing that most of you don't. For whatever reason, nicknames become the norm.

For starters, there's my family's canine senior citizen, Thijs. When he was younger, Poochie-Koo was a common nickname. Nowadays, I often call him Buddy. Since we got the other dog, who is significantly smaller in size, Thijs also goes by Big Dog. I wonder, though, if he thinks his name is actually "How-Ya-Doin'-Buddy".

The younger of our dogs—recently turned 4 years old—is named Tashi. However, he often goes by variations on that, such as Tash or Tashers. Most of the time, I just call him Little Dog. Smooshie (or just Smoosh) is a somewhat undignified nickname that arose from the way my mom said goodnight to him.

Our oldest cat doesn't really have any exciting nicknames. His name is Ming (properly, Ming Chai), but we often call him Mingaling. Occasionally, he is referred to as The Prosperous Gentleman or just plain Big Cat. Lucky Ming has escaped most of the humiliation the rest of our animals live with.

The outdoor cat (a former stray who we share with the neighbors) was first named Ollie. The nickname Olliwog quickly followed. At some point in time, I started calling him Munchkin, and that has stuck with him ever since. In fact, that's usually what I call him, anymore, and also just Munch. Now that I think about it, I guess I do call him Little Cat as well.

Then we have the tortoiseshell sisters, Minka and Randa; I can't discuss one without the other. Collectively, they are addressed as Girls. Each is often called by the other's name or something like this: Minka-Randa-Whoever-You-Are. We've also created matching nicknames such as Bubble and Squeak. Minka is Bubble because she's fluffier, and Randa is Squeak because she often squeaks when she's picked up. There are also rhyming nicknames: Randa-Panda and Minka-Stinka. Sometimes they just get called by the second part. But that's not all the girls have to put up with. Each does have some unique nicknames. Randa (at least to me) is Miss Randa or Miranda. I also call Minka just Mink or occasionally Minks.

It's really kind of funny, the way we humans not only name everything we see, but then go back through and come up with half a dozen more names for the same thing. Sure, the extra names are terms of endearment, but I still find it amusing. Especially given the fact that any one of our animals has more nicknames than probably all of my family members combined.