Focus on how good, not how much. 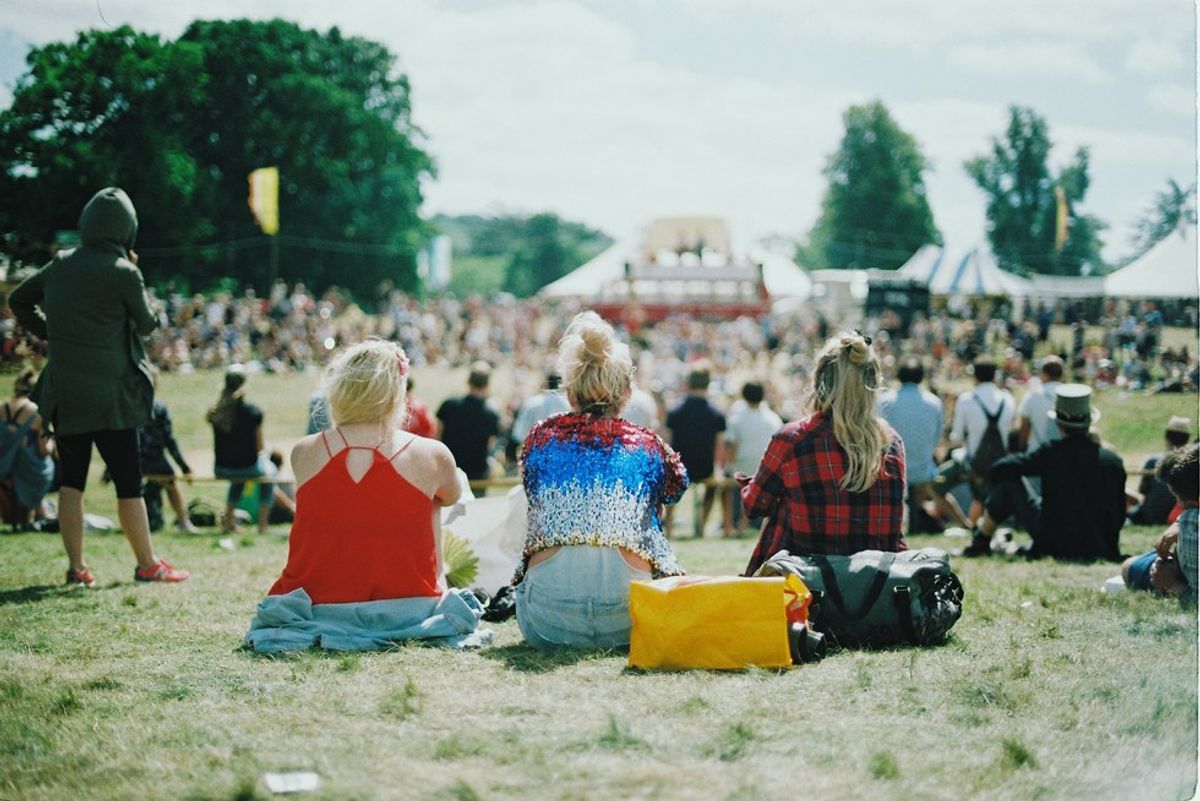 My whole life, ever since I can remember, I have struggled with the idea that the more friends, the merrier. Not that this isn't true because, yes, surrounding yourself with people that love you and build you up is detrimental to anyone's well-being but, here's the kicker—it doesn't count if they don't do those things for you and it isn't quite the same when they're only your friend on Facebook where the whole world is watching.

My family and I have moved around a lot throughout my life and everywhere I've been, I struggle to make "real," life-long, keep all your secrets, make you laugh until you can't breathe, through thick and thin kind of friends. My immediate thought is that there's something wrong with me and I've done something wrong to make people not want to be my friend. Wow wow wow, how I've realized that this isn't the case at all. In fact, I've found that it's quite the opposite—I want to be everyone's friend and at the sake of my own happiness and mental well-being, I'm willing to just be your friend on social media because I don't want to be the one doing the hurting when I start putting distance between us. Silly, right? Maybe it is, maybe it isn't, but I know I'm not the only one out there that struggles with this. I just can't be the only one who wears their heart on their sleeve.

I've cried, became distant and maybe even a little bitter because I just cannot stand to see pictures of those people that always have a crowd of people around them or worse, when I hear people making plans and complain because they can only get X amount of people together. Honestly? At least you have that many friends. This IS where I mess up, though because now, I wonder how many of these friends are actually there for them when they need them to be. I wonder how many of them would answer their calls in the middle of the night when they were in trouble or needed help. I wonder how many of them say good things about each other even when the other isn't around- it's easy to be nice when you're talking to that particular friend face-to-face, but what about when someone else asks about them or starts complaining about them? Do you sit and listen, do you join in with them or do you stop them and pull yourself away from the conversation/situation? This is where the fine line lies and while it's hard to decipher sometimes, trust me, it's there. At least in my eyes, you're doing just as much harm to said friend by just listening as you would be by joining in on the conversation.

It hurts sometimes, but when it comes down to quality over quantity, I'd much rather have the first. Everyone wants friends. Everyone wants to feel important, needed, dependable, secure, and fun but trust me, there's nothing fun about finally realizing all those friends of yours weren't really your friends after all. Now, if you're lucky enough to have a group of friends that you feel are real and not just there for the likes, hold on to them tight and don't let them go! If you find yourself in a room full of people with none to "call your own", though, don't be heartbroken because your time will come. No, you may not ever be the person that just has dozens of friends but the time will come that makes the wait a little more worthwhile. You'll find that friend(s) that will build you up, support you, love you, cherish you, and say the same things behind your back as they do to your face. Wait on those friends and remember that there's a difference between friendly people and your real friends.

There's nothing wrong with you. You haven't done anything wrong. It's okay to have a kind heart and be friendly but you should know, that doesn't mean you should let people continuously break your heart. Once you find those quality friends, you'll be 1000000X happier than you ever were when you had more. You deserve all the friends in the world, but you don't deserve to settle for less than that- what you DESERVE.

"Associate yourself with people of good quality, for it is better to be alone than in bad company." -- Booker T. Washington