How Are You?
Odyssey

Some are overjoyed and some are depressed; however, we can all learn from this past week. 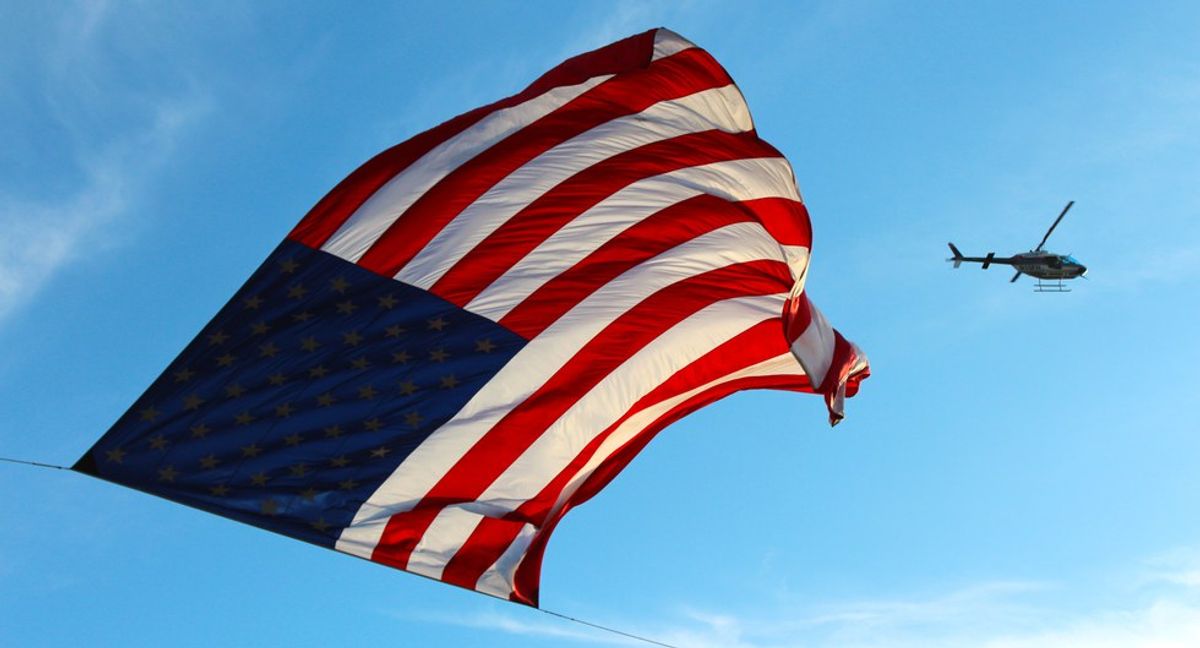 With the events in the past week and all of the posts, articles, Tweets, and everything else, it seemed fitting that I also write something along the same lines. I decided not to do this, though; I just want to share about my week with all of you.

The week started off rather busy. I am a dedicated member to a dance club on my campus called Orchesis. We had our show last weekend and, let me tell you, we nailed it! This wasn't without hard work, though. We met for hours, starting the week before, every day leading up to the show. During these "tech" rehearsals, we clean the dances, work on spacing, and plan for the smoothest running show possible. It is a lot of hours and caffeine, but we managed to do it.

Along with this, I am a full-time student. As a Senior, it was my seventh term participating in the Orchesis performance (we do two every year). So of course, I had school work to do one top of tech. I had two exams to prepare for, both on the same day, one right after the other. This had always been a trend, though; no matter the dates of tech week, there has ALWAYS been at least one exam during it.

Both of those exams took place on Wednesday. Like many around me, I stayed up all night watching the results of the election. It was the first election that I had been able to participate in and had turned in my absentee ballot a few weeks prior. On account of the exams, I went to bed about thirty minutes before Donald Trump won the Presidency.

I woke up the next morning, having to get up early to study on account of tech and the buzz with the election. I was less than enthused, downright depressed actually, with the results. However, I do not want to discuss politics, just my week. I went to the library and spent four hours studying what should have only taken an hour or so. I had only ever been depressed once in my lifetime before this. I had been rear ended, and my brother was in the car with me. Though no one was hurt, I learned that guilt can be an immensely strong emotion. I felt the guilt and depression for months, but I was able to recover.

I felt depression again, though not as seriously as before, but I was able to make it through the day. I performed less than admirably on both of my exams and during tech that night, but I have recovered since then.

Between the election results and today, I had decided to post my opinions on social media, something I seldom do because they lead to conflict. I am the type of person that avoids conflict over the internet, as I would much rather hold discussions and debates in person. I supposed I shared my opinions because everyone else was, and jumping on the bandwagon seemed like a good idea at the time. This resulted in backlash, and unprecedented accusations of all kinds.

As the days progressed, with a combination of the election, tech, school, and social media, I became more depressed and even had a few breakdowns. In a mad rush, I removed everything that I had ever posted regarding my views of the election. I had gotten myself in too deep and decided I couldn't handle it. Whether it was the right thing to do, I still don't know. Afterward, I received support that I didn't expect.

My mother, father, aunts, uncles, cousins, friends, you name it, all reached out to me. Here are some of the things I received:

"Don't let anybody ever suppress your right to freedom of speech or your opinion."

"Now is the time to be vocal and put your anger into action. Together we WILL shatter the glass ceiling!"

"Do not let hatred silence you. You are capable of great things, and you're going to be part of the driving force in this country that will make it so people like us are not silenced."

"You are a beautiful, lovely person...You are very smart...and you've got a lot going for you!"

Shortly after, I received a message from a cousin sharing her opinions with me and letting me know that, together, people can accomplish anything. I learned a lot of crucial life lessons this week that I think everyone can benefit from, and I feel it is important that everyone else knows too.

People, events, and life can get you down. There are always those around willing to shove you to the ground and kick you while you are down. I knew before, but people can be vicious. Remember that it is okay to stand up for yourself.

There is a right a wrong way of disagreeing with someone. You can disagree with someone by sharing your opinion, but don't let others tell you your opinion is wrong. An opinion is just that, an opinion. No matter what the basis is for an opinion, they are always subjective and biased. This is what allows passion and dedication to exist in them. It is everyone's right to have, and if you believe in it strongly enough, your voice will be heard.

There are always those out there that love and support you. There are vast networks of those willing to come together to support those in need, to fight for a better future. For those of you that are going through what I did last week, know that you are not alone. Together we can pull ourselves up from the dirt, and fight for what is right, for each other, and to break the boundaries that still contain us. Getting up is hard, but staying up is harder. Luckily, you have a collection of people willing to stand behind you as well, so we can all keep both feet on the ground.