We Should All Honor Marjory Stoneman Douglas's Life Of Activism
Odyssey
CurrentlySwoonLifestyleHealth & WellnessStudent LifeContent InspirationEntertainmentPolitics and ActivismSportsAdulting
About usAdvertiseTermsPrivacyDMCAContact us
® 2023 ODYSSEY
Welcome back
Sign in to comment to your favorite stories, participate in your community and interact with your friends
or
LOG IN WITH FACEBOOK
No account? Create one
Start writing a post
Sports

We Should All Honor Marjory Stoneman Douglas's Life Of Activism

The call-to-action that many students at Marjory Stoneman Douglas High School have taken up should be no surprise, given the namesake of their high school. 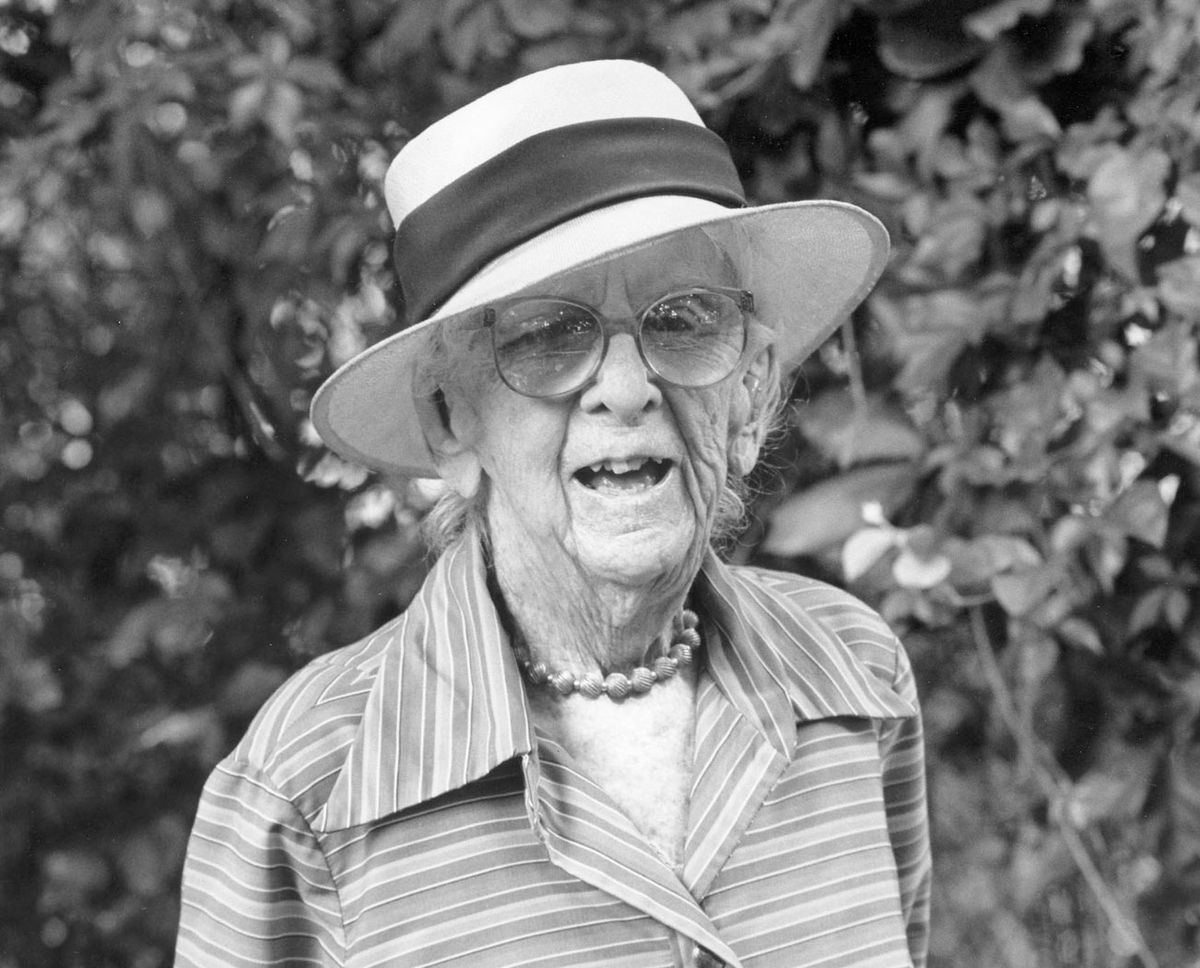 The school shooting in Parkland, Florida, has shaken the nation and has reinvigorated the country's gun control debate with a youthful drive. I truly admire the passion and grace with which students at Marjory Stoneman Douglas High have turned their anger and heartbreak into political action. The call-to-action that many students have taken up should perhaps come as no surprise, given the namesake of their high school, who in her 108 years (1890-1998) fought for environmental conservation, suffrage, civil rights, and countless other causes. I didn't become a resident of Florida until I was 26, and I maintain close ties to my hometown in Pennsylvania, but the actions of both Douglas and the students of the school that bears her name have made me prouder to call myself a Floridian.

Marjory Stoneman Douglas was born 100 years before me and died when I was in the second grade. Like her, I spent my youth and early twenties between the Northeast and the Midwest before moving to Florida and embracing the state's social and ecological diversity, along with the natural beauty of the region. Douglas was born in Minnesota, but after her parents divorced, she and her mother moved to Massachusetts, and her father headed to Florida. After graduating from Wellesley College in 1912, the same year that her mother died, Stoneman briefly married Kenneth Douglas, a newspaper editor almost three decades her senior. They divorced shortly afterward, and she moved to Miami to live with her once-estranged father, Frank Stoneman, a founder of the "Miami Herald" who came from a Quaker family. I, unfortunately, hadn't heard of Marjory Stoneman Douglas until her name was sullied in last month's shooting, but once I learned of her Quaker lineage, I was determined to learn more about her - I attended a Quaker high school outside Philadelphia before moving to St. Louis, Missouri, to obtain my B.A. Through my Quaker education, which emphasized that there was that of God in everyone and that we were, therefore, all equal, I became passionate about many of the social movements that Douglas took on.

Frank Stoneman shared the progressive beliefs of many Quakers, but he still initially assigned his daughter to the society pages, writing about what was deemed "women's matters" such as weddings. Douglas was glad to be writing for the burgeoning paper but wished to write about more pertinent issues. And eventually, she did.

Douglas took a break from the "Herald" during the Great War and volunteered with the Red Cross in Europe, although she still wrote articles for the Associated Press while overseas. After the war, she stayed in Paris to work with displaced refugees. The experience made her sympathetic to the needs of the Caribbean refugees who entered South Florida in the second half of the twentieth century. But that wasn't the only social cause Douglas adopted. When she returned to Florida after WWI, she was named Assistant Editor of the "Miami Herald" and given her own column, "The Galley." In this column, her work was able to take on a more political bend, and she wrote about the injustices done to women and racial minorities.

She left the "Herald" in 1923 to become a freelance writer and had also begun taking steps to change national and local legislation. In 1917, she traveled to Tallahassee to campaign for women's suffrage. Much later in life, she returned to Tallahassee to campaign for the Equal Rights Amendment. In 1948, she successfully enacted an ordinance in Miami that required that all homes have access to plumbing, after discovering that most homes in the black neighborhood of Coconut Gove did not. She then worked with residents of Coconut Grove to help them secure interest-free loans to have plumbing installed. The following decade, she was a charter member of the American South's first ACLU chapter.

She is most recognized, however, for her work preserving the Everglades, which was once viewed as worthless swampland by many Americans. Douglas was asked by an editor friend to write a nonfiction book about the Miami River, for the Rivers of America series that was published between 1937 and 1974. She didn't believe the short and human-modified river warranted an entire book and asked if she could instead write about the Everglades. "The Everglades: Rivers of Grass" was published in 1947, the same year that Everglades National Park officially opened. The book helped to shift national perceptions of the region, portraying the Everglades not as a worthless swamp that needed to be dealt with, but as an indispensable piece of biodiversity, unlike anything else on the planet.

In 1969, at the age of 79, Douglas founded Friends of the Everglades in response to plans to build a jet port in the Everglades and traveled around the state of Florida raising awareness of construction plans. Only one runway was built before further construction plans were canceled. Despite her dedication to conservation and love of Florida, Douglas described the Everglades as "too buggy, too wet." Still, at a time when parks were mostly valued as places for human recreation, she wanted the area preserved for its own sake and because she understood that environmental and human well-being went hand in hand.

My Quaker education, with its emphasis on environmentalism, prompted me to major in Environmental Studies as an undergrad, despite the fact that I'm only willing to spend time outdoors if it involves sand, surf, and beer. My first semester of grad school, I was introduced to the concept that many outdoorsy types were "loving nature to death," by driving long distances to commune with nature instead of appreciating its right to exist from afar. Through both these studies and learning about Douglas more recently, I have newfound vigor as an environmentalist, knowing that I don't actually have to enjoy engaging with the environment to help it out.

Many environmentalists say that without Douglas, there would be no Everglades today. I wonder how I can make such a lasting impact on this state I now call home. In my second year of grad school, I'm busier than I've ever been, between school, work, and creative endeavors I've taken on independent of the two. I find myself unable to engage with any social cause I feel like I can't give to others when I, as a grad student, have no money or time. I keep telling myself that I'm grateful to be alive, pursuing an M.F.A. in a field I love, in one of the most beautiful parts of the country. I keep telling myself that I still have time to change the world.

Even as an old woman with failing eyesight and hearing, Marjory Stoneman Douglas traveled and gave speeches about the causes she believed in, even talking back to hecklers in the audience while she was in her later years. In 1993, at 103, she received the Presidential Medal of Freedom for a lifetime of activism.

Marjory Stoneman Douglas High School is a clunky name. I know something about clunky composite names – my middle name, Golden, is my mom's last name. I always thought I'd hyphenate my last name if I got married, but my boyfriend's last name is already hyphenated and I really don't know what I might do with my surname in the future. I understand why, since the mass shooting, the school is often referred to as "Parkland High School" or "MSD" for succinctness. But I worry about how these simplifications might downplay Marjory Stoneman Douglas's story, and how much the life of a woman who died 20 years ago still matters.

I'm angry at the circumstances through which I learned about this amazing woman. I'm angry that promising young students at a school bearing her name didn't get to see their adulthoods, let alone their 100's, like Douglas did. But I'm inspired by the work of both Stoneman Douglas herself, and of the work that the school's students have taken on.

Nicole Marie Nigro
Individual Creator
8363
c1.staticflickr.com
Where to start...... Let me start with the cliche that life throws us curveballs and what we do with it is what counts.