Legally speaking, of course. Believe it or not, we can actually do something about it. 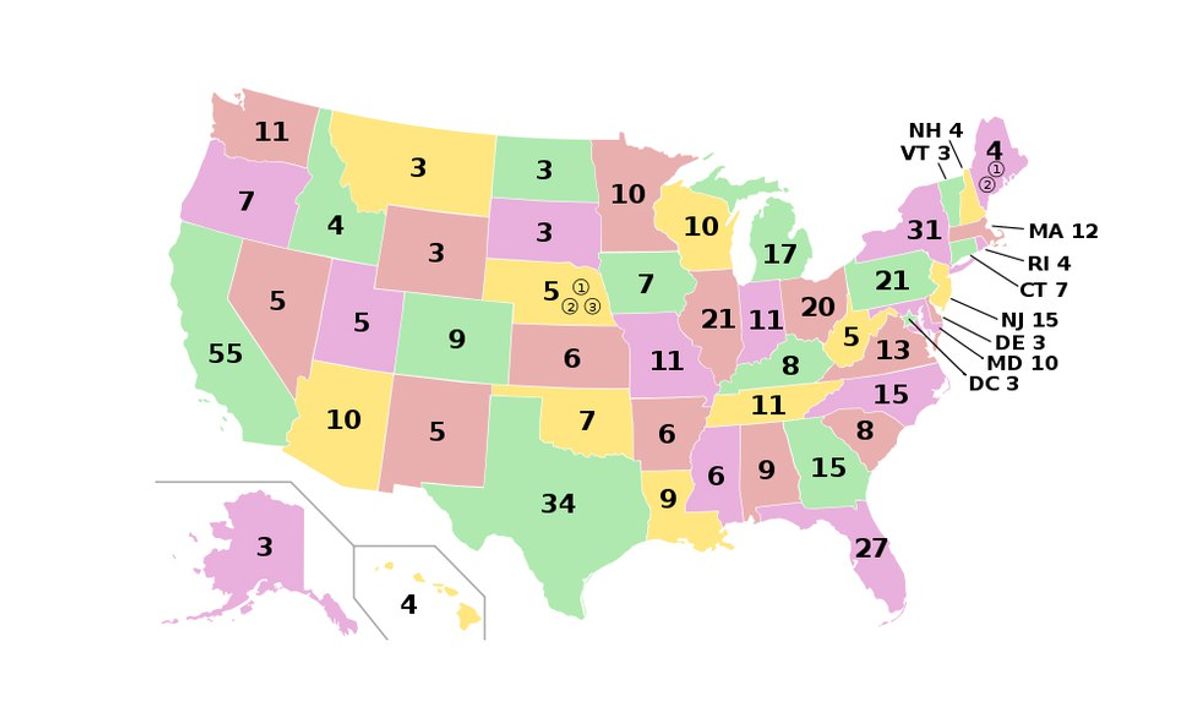 On Tuesday night, millions of Americans came out to vote for the next president of the United States. In a heartening display of patriotism, they selected Hillary Clinton to be the next president of our great nation by more than 200,000 votes. But thanks to the arcane clusterfuck that is the electoral college, Donald Trump will be the one taking the oath of office come January 20th. That’s right, Hillary Clinton lost the election because she got more votes, just not in the right states. That’s twice in my lifetime that a demonstrably more qualified Democrat has lost the election to a clearly inferior Republican on what is essentially the biggest technicality on the face of the earth.

This is probably the most annoying thing about the way that we conduct elections in America, the fact that we an electoral system which, by a quirk of the rules, means that the loser can win. It has now happened 4 times in 58 elections, a failure rate of about 7 percent. Would anyone accept a sport where the loser of the game won 7 percent of the time? Of course not. Yet we seem perfectly fine with running our elections with what is literally the least democratic way possible.

Actually, scratch that. We’re not fine with it. A vast majority of the country thinks that the electoral college is undemocratic. They are 100% correct. But, before we go any further, please watch this if you are unfamiliar with the extent to which the electoral college completely fucking sucks.

The fact that so many recognize how awful the College can be is good news. It means that the desire is there to make it so that this 18th-century relic is just that, an obsolete memory receding into the past behind bulletproof glass at a museum.

“But,” I hear you saying, “won’t that require a constitutional amendment? That will never happen!” That is where you would be wrong. While the constitution does set up a system of electors, there is no explicit constitutional mechanism for how those votes must be allocated by each of the states. This is why, for example, Maine and Nebraska are able to allocate two at-large electoral votes, and then divvy up the rest by congressional district.

This is the approach taken by the National Popular Vote Interstate Compact -- which aims to build a coalition of states which would award all their electoral votes to whichever candidate won the national popular vote. However, in order to make the compact have legal force, the vote of the signing states would have to be equal or greater than the 270 needed to win the presidency. They're currently at 165, and we can help them get the rest.

That’s what I want to ask each and every one of you reading this to help with. If you live in a state which has not signed the compact I want you to write your state representatives, your state senators, your governor, and tell them to sign the compact so that each and every vote for president actually counts, so that no candidate, Republican or Democrat, will have to suffer the ignominy of having more people vote for them yet lose the election, so that when the American people choose a president, their choice will be the one that ends up in the oval office.

Then after you’ve done that, I want you to tell your friends to do the same. Share this article with them, talk to them face to face, tell them that this matters and that they can make a difference in how our elections are carried out. The person who the American people vote for should be the one they elect—that much we can all agree on. But right now, that’s not what has happened. Let’s make sure that it doesn’t happen again.

Note: The National Popular Vote website has a form letter that you can send by email. If that is all you feel like doing, then by all means do. However, writing physical letters and mailing them makes them much more likely to get read and to get a response. So here are links to the US Congress Website, and to Open States, which has information on all state legislators.

Open States -- here you can find your legislators by searching for your address or your zip code.