How To Tell If She A Hoe
Odyssey 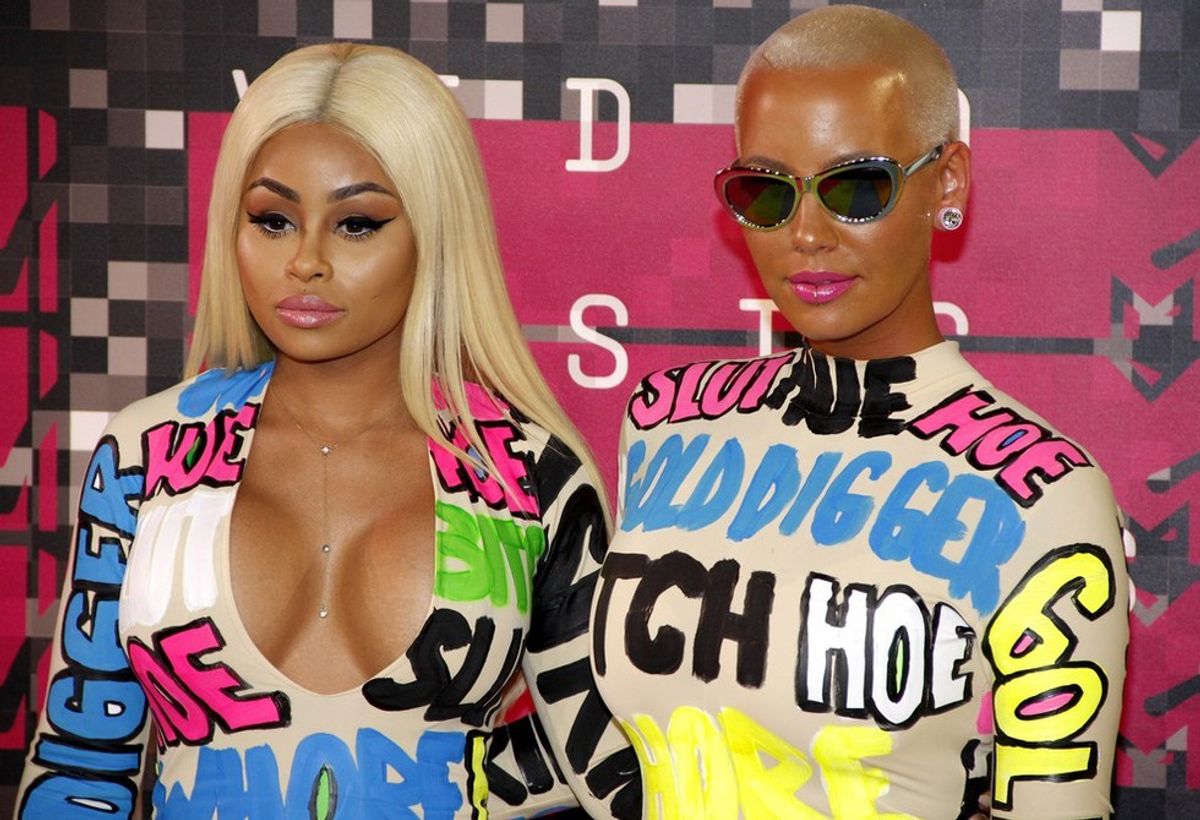 Boys, we all know the struggle in the dating world. It's hard to find a good girl these days, right? As Chris Brown, a man with a fantastic relationship record, has sang, "These hoes ain't loyal".

Sometimes it's hard to tell if a female is a hoe -- she can look completely innocent and you wouldn't even know her "hoe tendencies." Things may get a bit confusing, so I have gathered a handful of tweets from men all over the world. They have carefully researched the signs of being a hoe and have evidence to back it up.

I have made it easier than ever to spot a potential hoe, so this way you can steer away from her. Keep reading to find out what makes a hoe, a hoe.

So, according to MANY boys on Twitter, using the dog filter on Snapchat indicates that a woman is a hoe. This has been said over and over again by heterosexual males, so it must be true! They have repeated this experiment many times, so this theory of the Dog Filter being a Hoe Filter has legitimacy. So men, if she uses the dog filter, then she a hoe.

Apparently, this is taking over the Dog Filter as the new "hoe filter". But boys, don't be fooled. She still a hoe despite which filter she uses! Obviously, flowers imply that a girl sleeps around with boys. Therefore only whores use this filter.

Even though birth control can help for a handful of reasons (i.e. getting rid of acne, regulating mensuration cycles, fighting certain cancers, helps those with anemia), a girl only uses it so she can hoe around. You know she's sleeping around with a bunch of dudes if she's taking birth control (despite the fact that she can be in a committed, loyal, monogamous relationship and still be on the pill). How dare she be prepared to have protected sex and save herself from unwanted pregnancies?

Before, the average civilian could tell if a female was a hoe based on how much clothing she was wearing (it's simple math: the less clothes you wear, the more guys you sleep with. It's easy access and you're asking for it, duh). But now, in 2016, everything has gotten more complicated. Your wardrobe can determine your level of hoe-ness.

Only men can wear adidas, duh! Their "women's" department should just be nicknamed "Hoe Department"...am I right?!

Yeah, so if you liked the Cheetah Girls when you were younger -- you were also a hoe by association.

Although you are probably covered head to toe, you're still a hoe if you wear this combination of clothing. Leggings are fine, crop tops are fine, but both together?????? Then she a hoe.

According to these surveyed bored men who probably don't ever get laid because they're too busy policing the lives of women, there are certain aspects of entertainment that only hoes partake in.

I don't even know how to add more to this. Twitter user ArlisDoNotChill has provided an argument that no one can even counterattack. His logical is impermeable.

Speaking of impermeable logic, Ca$h has shown another sign of hoe-ability. If a girl has more than 100 followers on social media, you know it's all the guys she's sleeping with. When he was undeservingly called out for having over 100 Twitter followers, he provided an excellent argument (below).

You tried Baelyy, you tried.

Only sluts can enjoy an award-winning TV show about the music industry.

Ignore the fact that she could be well at typing because of all the papers she has written, if she can type without looking then she's deff a hoe. She's obviously an expert at sliding into DM's.

There are many other signs, so keep reading so you can be as far away from dating a hoe as possible!

This is actually true and backed up by evidence. My 11-year-old cousin is 4'9 and loves all the members of One Direction, even Zayn. She a hoe!

Females have to be in bed at 10:00pm. That is the universal bedtime for all females. If a female were to break this, then she a hoe. Thank you, $$$IMP DADDI.

Because only hoes can be attracted to an entire race. Non-hoe girls cannot like "black dudes".

We all know what grandmothers are teaching girls these days! Bible studies? More like d*ck studies! Thanks, nan!

I hoped that this article has helped all of the innocent men out there trying to find a woman that is wifey-material. You all deserve a loyal woman with a body count of less than 1, that will cook for you when you come home from your job at the McDonald's drive thru. #TeamNoHoe