A Brief History Of Gay Pride 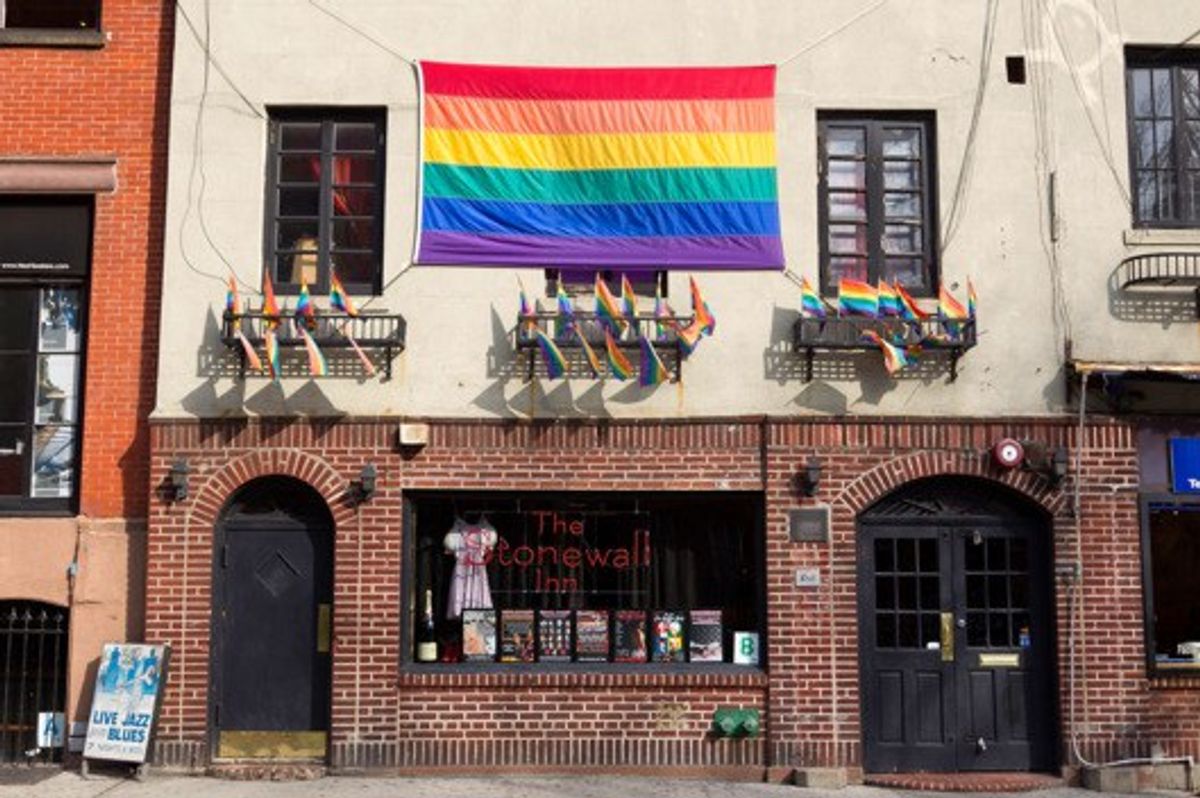 Take a look at the timeline that the LGBT community was dealing with in the 1950s. In 1950, the “lavender scare,” the purging of gay men and women from government jobs and military positions, occurs.

In 1953, President Dwight D. Eisenhower brings Executive Order 10450 to fruition. This declares that gay men and women are not allowed to work for the federal government.

In 1952, homosexuality is declared a “sociopathic personality disturbance” by the American Psychiatric Association. Homosexual sexual activity is banned under anti-sodomy laws. Gay and lesbian bars are constantly raided by police due to homosexual gathering and activity. Some bars are even prohibited to serve gay men and women on account of the New York Liquor Authority declaring homosexuality as “disorderly.”

Put yourself in their shoes. Your very existence is criminalized. You have friends in prison simply because they wanted to go out for a drink. You might not even be able to get a drink, depending on where you go. You hear of the Daughters of Bilitis in San Francisco, the country’s first lesbian rights organization, which provides a safe haven to go to instead of the clubs and bars which are so frequently raided.

This should make you happy or proud, but it just makes you angry. Why should you even need a safe haven? Shouldn’t you be granted the same right to go out and be yourself with your friends as anyone else? Should your rights and safety be compromised simply because of who you’re romantically involved with? A movement was brewing across the country as people began to fight against the oppressive systems that held them down.

On June 28, 1969, things came to a head at The Stonewall Inn, a gay bar in Greenwich Village in New York City. Most police raids on bars went peacefully. Usually, a few employees or the manager would be arrested, the bar would close for the night, and then open back up the next night or even hours after the raid. But this raid did not go as planned. This time, the 200 patrons inside Stonewall that night refused to cooperate.

Police intended to arrest everyone in the club that night because of their resistance. As they waited for assistance to arrive, a crowd gathered outside the bar, trapping the police inside. Soon, patrol wagons arrived to transport the patrons to prison. However, their rough handling of the situation and people caused protesters outside to react violently.

Marsha P. Johnson, a transgender rights activist and important figure in LGBT history, is famously known as the person “who really started it.” They fought against the police until four o’clock in the morning.

The Stonewall Inn in the late 1960s

However, it didn’t stop there. Night after night, more and more protesters returned to Christopher Street, where Stonewall is located, to protest the mistreatment and discrimination they suffered at the hands of the police. This continued for nearly a week and today, The Stonewall Inn is credited as the place “Where Pride Began.” The Stonewall Riots are considered the fire that ignited the modern gay rights movement.

“Young queen Martin Boyce remembers, ‘When it was over and some of us were sitting exhausted on the stoops, I thought, My God, we’re going to pay so desperately for this, there was glass all over. But the next day we didn’t pay. My father called and congratulated me. He said, ‘What took you so long?’ The next day we were there again. We had had enough…’” - Linda Hirshman, author of "Victory: The Triumphant Gay Revolution"

In the following years after the riots, the LGBT+ community made incredible strides. In 1970, a march was held in honor of Christopher Street Liberation Day, which celebrated the anniversary of the Stonewall Riots. Over 2,000 people marched up Sixth Avenue and into Central Park. This inspired many “sister marches” around the country, including one in Los Angeles, and soon all around the country. These marches would soon become known as pride parades.

It’s important for the LGBT community to preserve the tradition of Pride, as it provides a time for everyone to come together and celebrate who they are. It’s a time where people can be themselves and be with people who support them. It’s a time to remember our history and how far we have come and look forward to all that we have to do. It’s a time to honor those who aren’t marching next to us. It’s a time for fun, joy, freedom and celebration. But, more than anything, it’s truly a time to be proud. It’s a time where people will encourage you to be your full, beautiful self and make sure you know that you don’t have to hide anything. You are surrounded by people who will support, protect and love you.

This year’s Pride is tinged with sadness as we continue to mourn our brothers, sisters and siblings lost in Orlando. The sidewalk in front of Stonewall is the foundation to a mountain of flowers, candles and posters sporting words such as “Stop the Hate" and "Love You More." We watch gun sales spike and the need to look over our shoulders when we hold each other’s hands become present again - yet Pride is there. Strangers hold hands and embrace each other while visiting the site. We give each other tissues and matches and safe shoulders to lean on. This year, we march in honor of the Orlando victims. We march for our rights. We march for our presence to be known and felt. We march for and with loved ones. Most importantly, we march with pride.

A makeshift memorial to the victims of the Orlando shooting outside of the Stonewall Inn on June 12.