The History of Coney Island
Odyssey

The History of Coney Island 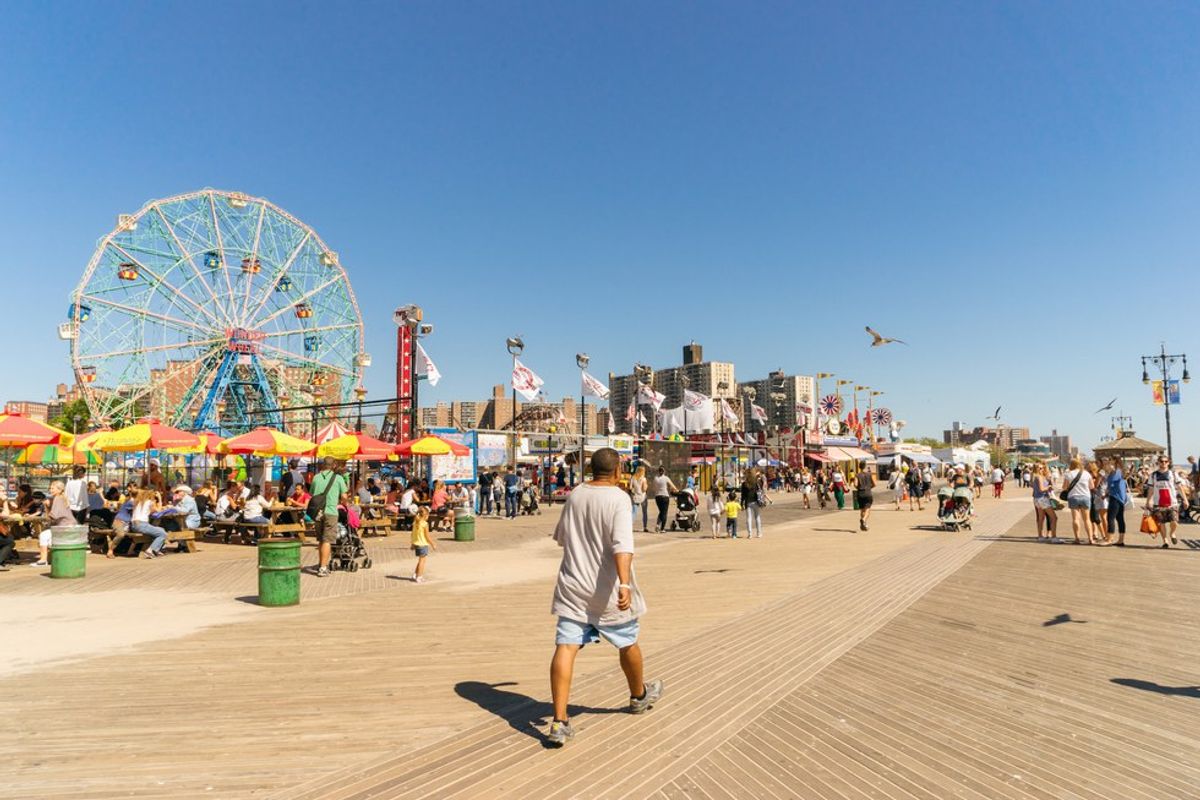 Enjoying rides, partaking in entertainment, and spending quality time with friends and family are all part of the amusement park experience. In the 1800s, early amusement parks started out as wooden entertainment plazas at the end of trolley railways for workers to enjoy. During the Progressive Era, eager businessmen pushed the limits to find new ways to entertain the American people of all ages. Through numerous World Fairs that showcased new and upcoming technology, amusement parks were built around the idea of people spending money on rides, shows, food, and other leisure activities. Coney Island and other turn-of-the-century amusement parks impacted American culture during the Progressive Era by entertaining people in a new way and offering new types of inventions and the economy by opening up jobs while bringing in lots of money.

Coney Island acted as a pioneer for amusement parks and other types of entertainment to help boost American culture. In the early twentieth century, amusement parks were built in places that had a growing urban population to help increase citizen’s leisure time. Before America knew it, amusement parks popped up in various cities such as Boston, Philadelphia, Chicago, Cleveland, Brooklyn, and many other rising places. More specifically, a man named George C. Tilyou purchased land a spot named Coney Island in Brooklyn, New York. He used that land to build an entertainment plaza for Americans to enjoy, called Steeplechase Park. Located on Brooklyn’s beautiful beachfront, this park had everything from simulated horse races to buildings that housed bars and various stage acts. In addition, “In 1884 LaMarcus Thompson built on the island the Switchback Railway Coaster, an early version of the roller coaster.” Thompson visited various World’s Fairs to find the perfect rides to build at numerous amusement parks. At the Chicago World’s Fair, he found a car on a railway mechanism that later developed into one of the nation’s most loved ride, the roller coaster. It was scary and fast, but most importantly, fun for the whole family. In addition, Steeplechase Plaza, Sea Lion Park, and Luna Park helped raise America’s culture through innovative rides. Sea Lion Park combined rides and shows with aquatic life, paving way for amusement parks like Seaworld, that we know and love today. On the other hand, Steeplechase Plaza and Luna Park offered a more traditional “carnival” style amusement park that is still popular. These two parks had rides like ferris wheels and roller coasters, both futuristic at the time. Through the first Sea Life Park with the soon following of Steeplechase Park and Luna Park, Coney Island soon became one of America’s most popular tourists destinations. These parks only helped develop the nation’s culture with new waves of entertainment.

Another way Coney Island and other amusement parks boosted American culture was by offering new types of socializing. At the time, American people were used to theaters and different types of shows. Coney Island offered ways to be entertained through freak shows, opera houses, and even ballparks. All these venues had been seen before, but rarely within walking distance from each other. Furthermore, the new and trendy Coney Island options attracted people of all ages. “New audiences, too, had emerged, notably young, single women and men employed in the rapidly expanding corporate and retail workplace. Coney Island targeted such people and, in doing so, undermined Victorian rules against the sexes mixing outside the home.” This quote gives a good sense of the groups of people that were attracted to amusement parks at the time. Register explains in detail how new it was for single women and men to mingle outside the home in these changing times. This seaside park offered people a fresh way to enjoy themselves through meeting new people. Coney Island helped pave the way for young men and women to go “hang out” for a few hours at local amusement parks. Through new rides and modern ways for the typical American to enjoy himself, Coney Island created an upsurge the nation’s leisure culture..

Coney Island and other amusement parks helped raise the economy during the Progressive Era in many different ways. The saying, “you need to spend money to make money” undoubtedly applied to the amusement park business. So, amusement park owners would invest money to build various entertainment options such as rides and shows in hopes that people would spend money on them. The more over-the-top the attraction was, the more it would grab bystanders’ attention and force them to partake. The building of rides and other entertainment options only helped raise the economy. “This industry continued to grow and by 1919 over 1,500 amusement parks existed in the United States.” This quote shows how America needed amusement parks to stay economically fit. So, amusement parks helped the economy was through the cycle of teens that spent money. Bosses of the parks would hire money-hungry teenagers to work at various rides, game booths, and food stands. On weekends and nights, teenagers would flock to the parks to spend money, creating an economic cycle where the profits flowed back to the park. Eventually, these amusements parks practically paid for themselves.

In conclusion, Coney Island and other turn-of-the-century amusement parks impacted American culture during the Progressive Era by entertaining people in a new way and offering new types of inventions, and boosted the economy by opening up jobs while bringing in lots of money. Even though amusement parks thrived during the Progressive Era, the parks suffered a massive decline during The Great Depression due to the failing economy. Soon enough, the amusement park industry was back and better than ever, entertaining in new and innovative ways. Fortunately, Coney Island still stands today, as it is home to the revamped Luna Park. Companies like Six Flags and Cedar Fair are the modern-day kings of the amusement industry as they have numerous parks around the nation and even in Canada and Mexico. Thanks to the beginning of amusement parks during the Progressive Era, people are still entertained by these magical places and value them as a part of the whole American social experience.
Report this Content
This article has not been reviewed by Odyssey HQ and solely reflects the ideas and opinions of the creator.