Can Hillary Still Win The Election?

All that we were promised time and time again was that we’d be stronger together, which is nice, but it wasn't enough. 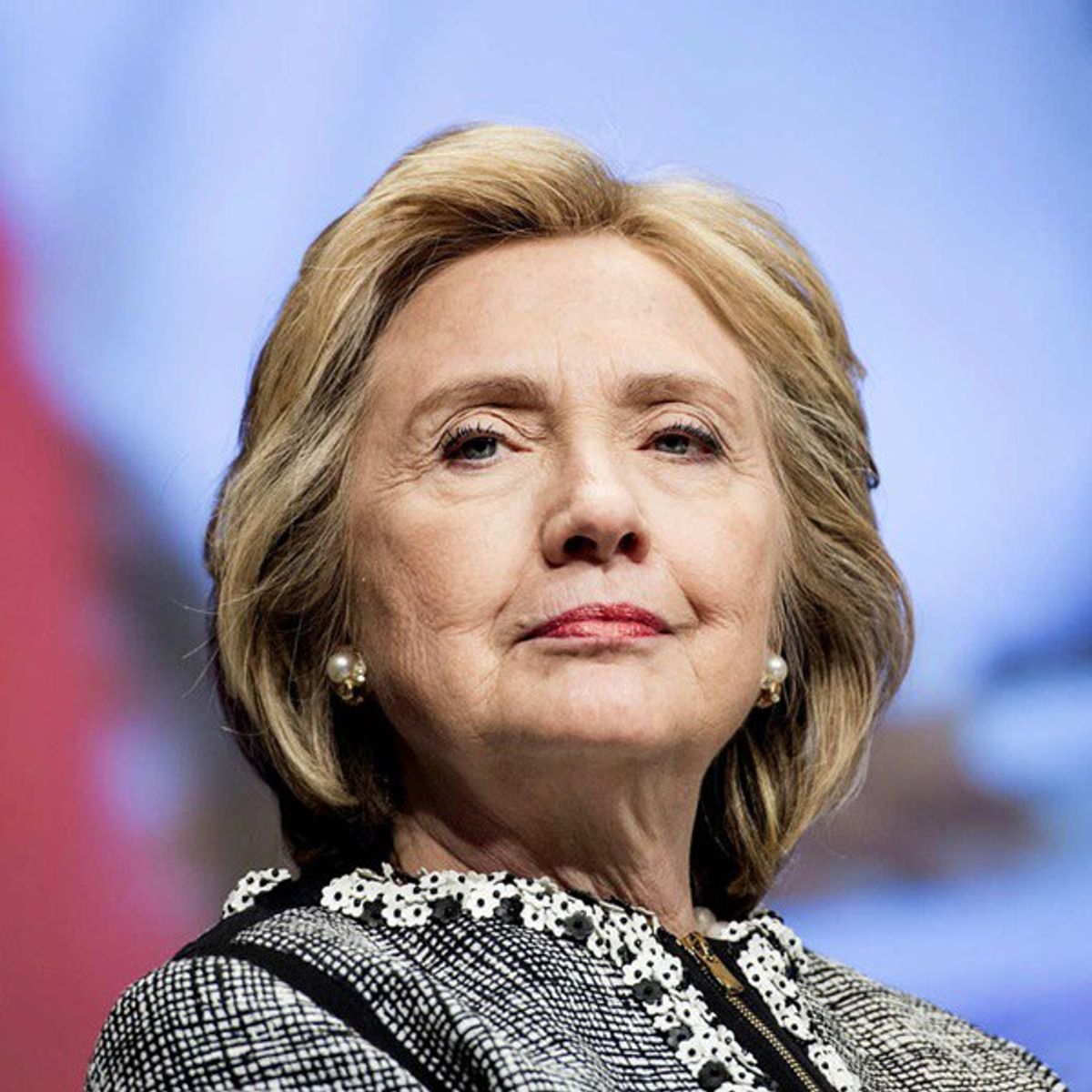 In case you haven't heard (for the only acceptable reason being that you've been stranded on a deserted Island until now), Donald Trump is the new President-Elect of the United States of America.

His candidacy and election has been nothing shy of scandals and protestors according to the media. The news media polls got Hillary's foreseeable win, as Donald says best, WRONG.

Hillary’s loss has left millions heartbroken. America finally had a chance at seeing its first female president and one that has dedicated her whole life to public service.

Although Hillary lost, she still won the popular vote because of our infamous electoral college. But what's even more interesting is that she was famed to be the dinner of this election. This election was one of closest ever in American History. No major media organization saw Trump's win coming—and in my humble opinion, I don't think he did either.

And now Green Tea Party presidential nominee Jill Stein has raised more than five million dollars to file for a recount on Friday and have votes recounted in key states like Wisconsin, Michigan and Pennsylvania because—I guess—she still can’t or refuses to believe it.

Clinton lost those three states by close to more than 100,000 votes, which handed Trump the victory through the Electoral College.

Is Stein doing this for her own benefit or Hillary’s?

There’s still no way Stein can win the presidency even if the recount magically goes in her favor. She hasn’t directly said why she’s pushing for a recount, but it has to be a joint effort with the Clinton campaign.

Although, she did tell PBS NewsHour that “this is not being done to benefit one candidate at the expense of the other.”

However, Clinton is supporting Jill Stein’s efforts and although she is not contributing financially, the Clinton campaign is paying to have its own lawyers present at the recount.

According to the New York Times, the Clinton campaign has also preached about Russian involvement numerous times because of the theft of emails and she’s blamed them for releasing fake news about her health, so they’re looking towards Russian hacking having to be the reason for wanting to recount the vote.

Since Hillary has conceded the election to Trump, her lead in popular vote has only grown, which given her the backing to the challenge the electoral results.

If by the rare the chance the recounts find that there was an error in the votes, the most rational option would be for the election results to go into an investigation and then the proper jurisdiction would decide.

So what did Hillary get wrong anyway? Why couldn't she gather the winning formula? And what hurt her?

She clearly lost the trust of the American people due to her two major scandals.

After talking to people who I knew who voted for Trump, their major issues regarding her were the email scandals and the Benghazi scandal. Some E-mails also allegedly revealed that Hillary had taken millions of dollars in contribution from Saudi Arabia. What was in the rest of those damn e-mails?

Hillary has also flip-flopped on issues since her the beginning of her career. Supporter and critics had something to judge her based off things that went wrong in her career. With Trump, it was more that they can overlook verbal rhetoric, rather than was Hillary has actually done physically.

During her campaign speech's, Hillary just kept attacking Trump's issues and not reiterating her own. With Trump, time and time again, he would repeat his policy, directly to the point you could memorize his speech's and promises. With Hillary, she’s focused too much on how Trump is bad, why’s he wrong, and not enough about what she’s going to do. She did even have a direct and steady campaign slogan that inspired the American people and promised something for America. Trump’s slogan directly promised to make America better, but Hillary had “I'm With Her” or “Hillary for America”. What was Hillary going to do for America? What does being “with her” mean?

Calling people a “basket of deplorables” was one of the dumbest things she could’ve done. Saying someone is deplorable because of they have a difference of opinion than you, is frankly not nice and a bit crazy,

Many anti-supporters also didn’t like what her husband while he was in office. And why didn’t Hillary stand up for the people accusing Bill Clinton of sexual assault? If she didn’t care to take charge of her owns husbands ordeals, why shouldn’t Trump supporters overlook his sex scandals and verbal misconducts?

The fact that Hillary has taken money from donors and special interests also hurt her. She’s also taken large amounts of money from Saudi Arabia, which people didn't like. Saudi Arabia is a very strict country compared to the United Statesk—it seemingly oppresses women, and doesn't advocate for LGBTQ+ rights. Supporting that cause alone made her a hypocrite.

Having Huma Abedin as her close to aide was a bad call. If you want to win an election you have to play safe and analyze critics points in order to win them over. Huma Abedin's martial problems are private and her own. But the fact the Huma Abedin has allegedly worked for dozens of years at the Journal of Minority Muslim Affairs, which is a Saudi-financed outlet in support of Sharia law, has been criticized as anti-woman, and who’s editor-in-chief was Huma’s mother, hurt Huma and Hillary.

Hillary’s platform was also building off of Obama’s legacy. People weren’t promised a lot of change, and republicans didn’t want that and they didn’t want another Democrat in office. Things like Obamacare were hurting them. All that we were promised time and time again was that we’d be stronger together, which is nice, but not enough.

With that being said, Trump has called the recount “a scam” and “ridiculous.” Jill Stein’s fundraising website towards the recount effort states that it “cannot guarantee a recount will happen in any of these states” and but the money that has been donated can vow to “demand recounts.”

What do you think about the recount and issues that hurt Hillary’s elections? Let me know what you think in the comments below.