Why Hillary Clinton Lost The Election 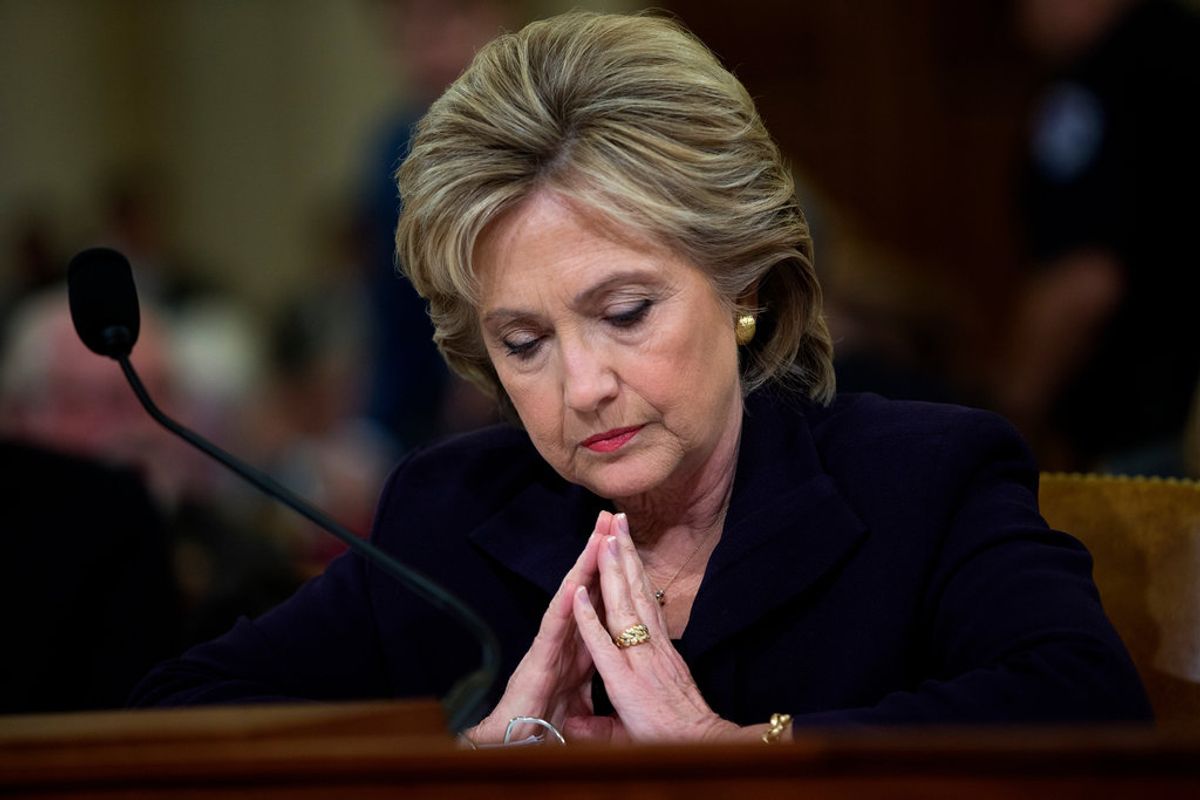 Nearing 9:00 pm EST on Tuesday November, 9th, I arrived back to my dorm after an evening of work. I opened the door to find two of my roommates and best friends, and a new friend of ours, watching the election on the television set in our living room. Eagerly, I plopped myself down on the couch expecting to have the results in by at latest 1 am. Little did I realize how wrong I was. The four of us ended up watching the election process until about three in the morning. Somehow, those six hours passed by incredibly quickly, and by the time all was said and done, Donald Trump was President Elect of the United States of America.

Despite my initial disbelief, deep down inside I had a feeling the whole time that he would win the election. I realized from the outset that Hillary ran a campaign doomed to fail. The amazing thing about it all is that she had a chance to win, in fact she had many chances, yet, she never took advantage of them. You see, Hillary Clinton talked about a lot of things. She talked about immigration, she talked about abortions, she discussed minority rights, but she forgot all about America's favorite topic: money.

In what was likely an attempt to not bash the Obama administration, Hillary spoke very little about many of the economic issues Americans, particularly rural and/or blue-collar Americans, are facing. Donald Trump, on the other hand, though he ranted and raved about walls and deportations until the listener was blue in the face, didn't forget about the economy. In fact, Donald Trump spent quite a bit of time discussing the economy, far more than he ever discussed social problems.

Part of the benefit of being a member of the Republican Party, which is now so publicly ridiculed and hated, is that while the Democrats were using all their energy to call us homophobic, racist, misogynistic, bigots, we were busy educating ourselves about Trump's take on the economy, and Hillary's too. Though I certainly do not agree with a significant portion of Trump's said economic plans, I must give credit where credit is due; he talked a lot about bringing back jobs and improving the national deficit, and he actually had a plan, while Hillary didn't seem to have anything.

You see, when a candidate discusses things like job creation and the like, they grasp the attention of a very important group of people in the country, the blue-collar, often rural, workers. For many years now, in states like Michigan, where I'm currently living, jobs have been scarce. As a result, many people are living day-by-day desperately trying to put food on the table and pay the bills.

Years have gone by, yet little has changed in these small towns. Most citizens out here feel forgotten, and in the past few years, things have been particularly difficult. You can drive down entire streets in some of these small towns, where every single storefront is boarded up. People feel stuck and are losing hope.

Once, many years ago, these people would have voted Democrat. Bill Clinton won his election due, in no small part, to the blue-collar vote. Yet today, they feel as though their party has left them, and has morphed into something they can't even relate to. Most of these people are White, their towns are 99% White, and as a result the people getting arrested are White, those who can't find a job are White, and those who are starving are also White.

It doesn't mean that they're racist, homophobic, misogynistic, or bigoted in any way. Most of them just can't relate to politics happening primarily in big cities over one hundred miles away. They have their own struggles that are very real and frightening.

It also doesn't help that Hillary Clinton threatened the coal mining industry so adamantly; that's why she lost Pennsylvania, the state that hasn't gone red since the days of Reagan. How would you like it if every four years, some big-shot politician came along and threatened to strip you of your only source of income? My guess is you probably wouldn't vote for that person.

Clinton had every opportunity to win the election, and if she had campaigned intelligently, she would have. So stop blaming racism, homophobia, or other forms of hate as the cause for Hillary's loss. She lost because she forgot to talk about the economy. She failed to reach out to a large minority of people struggling to provide for their families, and that was her undoing. Even the DNC recognizes this, in fact, they're preparing for the next election as we speak, but this time with the rural, blue-collar voter in mind.