I'm Starting My Days With This Question: 'Hey, Are You Alive?'
Odyssey

I'm Starting My Days With This Question: 'Hey, Are You Alive?'

I’m striving to live more and be a part of life in a new way. 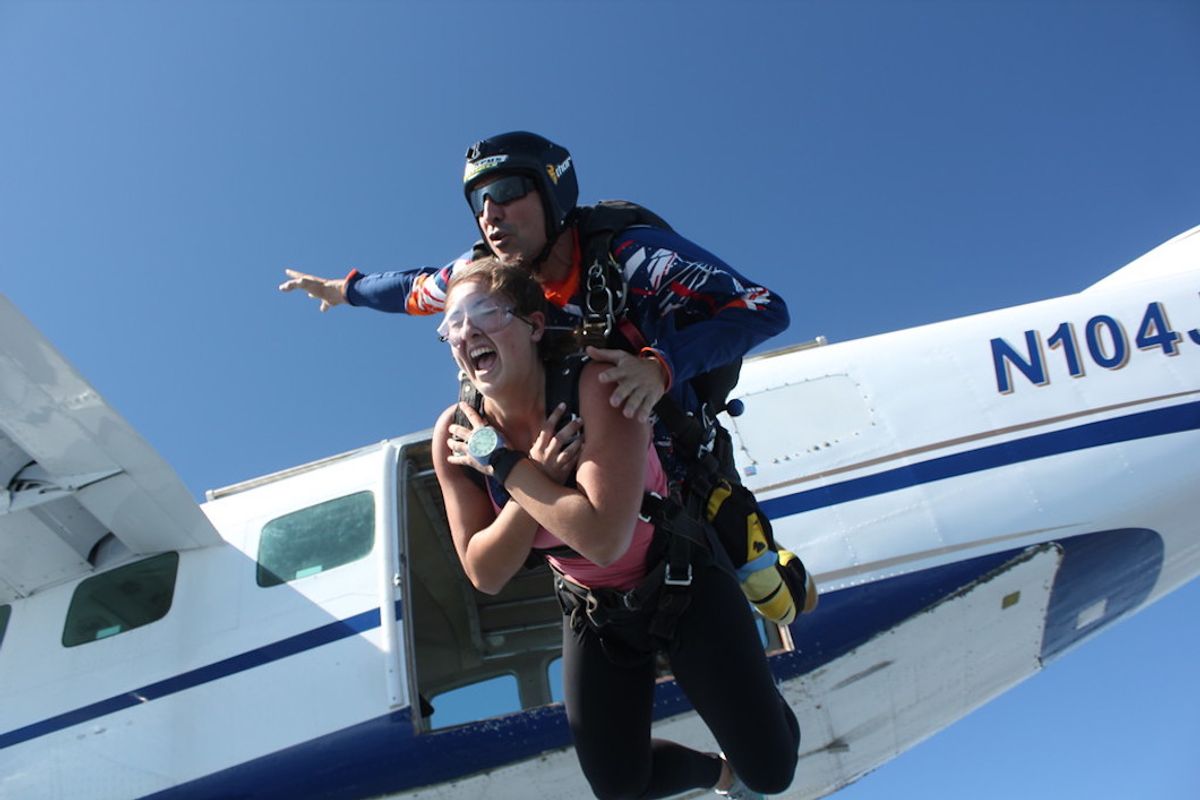 On August 9th, 2017, I, Erika Szumel, chose to willingly jump out of a plane with an unknown Brazilian man strapped to my back, at about 13,500 feet in the air.

For most of my life, my best friend and I had talked about bucket lists and what we wanted to cross off as we got older. We crossed off going to Europe for the first time together and just five years later we crossed another big item off our lists: skydiving.

Skydiving is a typical bucket-list item but to us it was really special. As I had mentioned, it was something we had talked about for years. I have known Jenna since second grade so that is quite some time. Unfortunately, do to some circumstances like schedules and money, we could not really commit to going skydiving for the past few years as we became adults.

But this year, we are seniors in college. I feel like skydiving has really set the tone for the rest of my year, and boy has 2017 been pretty amazing already.

I think the adrenaline rush and complete shock just kept my mind blank during that silence. I wasn’t thinking, I wasn’t feeling, I wasn’t worrying, I was just living.

Skydiving physically and mentally pulled me away from this Earth. For the rest of the day, I was walking around thinking about life and where I want it to go, what I want it to be.

It just reminded me that I need to do what I want to do before I run out of time, run out of life, or have too many obligations.

I want to live more.

It’s not possible to biologically live more than I do now.

But mentally, it sure as hell is.

I’m striving to live more and be a part of life in a new way.

This summer has given me this amazing idea over and over again.

Live. Breathe. Jump. Dance. Laugh. Just do it. Whatever it is, go for it. Once you remember that life is actually about living, you will see things in a brand new way.

Sometimes life slaps us in the face. We really need those slaps because they remind us that we are alive.

I'm starting my days with this question: Hey, are you alive? Act like it.