Hear Me Out, It's Time To Legally Allow Heroin Addicts To Get High
Odyssey

Hear Me Out, It's Time To Legally Allow Heroin Addicts To Get High

In an era marked by what's become known as "the opioid epidemic," we have to start doing what works instead of what feels good. 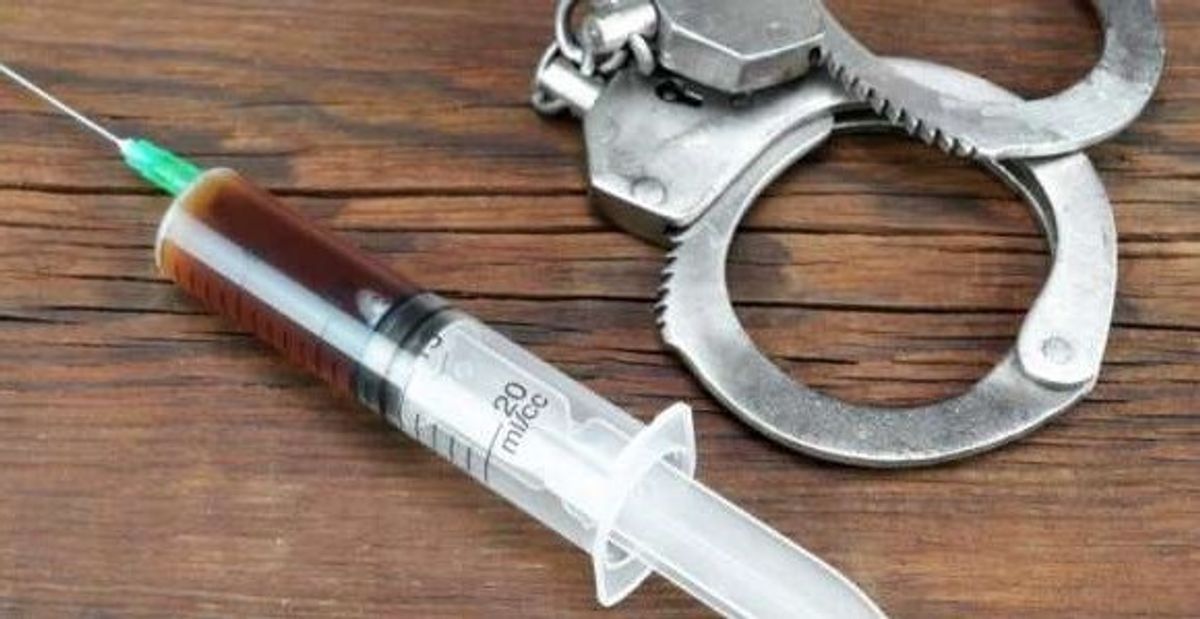 Unsurprisingly, roughly two-thirds of these deaths were caused by opioids such as heroin and prescription painkillers.

These rates continue to rise while the reach of these substances continues to spread. Drug addiction is no longer a contained problem; it is a global epidemic, with opioids at its forefront.

With numbers this staggering, the phrase “opioid epidemic” has been rolled off the tongue of every politician and news anchor you can think of. The problem is, it seems that we spend more time talking about the epidemic itself than talking about what we can do to solve it.

The answer to how we solve the opioid epidemic is simple: we don’t.

So, what do we do? We try to ease its intensity. We try to save some lives. We try to help folks help themselves.

And what exactly are we doing now? Mostly prison.

According to the Bureau of Prisons, roughly half (48.6 percent) of inmates in federal prisons are in for drug offenses. According to the Bureau of Justice Statistics, 16 percent of inmates in state prisons have a drug crime as their most serious offense. Along with these troubling statistics, the National Center on Addiction and Substance Abuse has recently reported that 65 percent of all U.S. inmates meet medical criteria for substance abuse addiction; however, only 11 percent receive any form of treatment.

Based on these statistics, it is fair to say that we need to try something different. One promising option is something known as supervised injection facilities.

Supervised injection facilities are legally-sanctioned, medically-supervised facilities designed to reduce nuisance from public drug use and provide a hygienic environment in which individuals are able to consume illicit recreational drugs intravenously. These facilities provide sterile injection equipment, information about drugs and basic health care, treatment referrals, and access to medical staff, including access to counseling and other means of drug rehabilitation.

As of 2018, there are approximately 100 supervised injection facilities operating in at least 66 cities around the world in nine countries (Switzerland, Germany, the Netherlands, Norway, Luxembourg, Spain, Denmark, Australia and Canada). The first North American supervised injection site, Insite, opened in Vancouver, Canada in 2003.

Most (if not all) of the arguments against supervised injection facilities center around the same tagline: what is the motivation for a drug addict to stop if we’re giving them a legal and safe place to use their drugs? To that, I have a follow-up question: has the current state of affairs (legality, safety, societal ostracization, etc.) been effective at deterring drug addicts from using? The answer to this is simple and factual: no.

And drug abuse inside prison walls in more than just a plot line for the latest season of “Orange is the New Black”: a report on the state of California alone found that roughly 1,000 “drug incidents” – seizures of marijuana, heroin, and other drugs – are reported annually at California prisons. Between 2006 and 2008, 44 inmates in the state died of drug overdoses.

While we still have a long way to go in terms of drug-related education and prevention, no one is left unsure of whether or not heroin or other opioids are dangerous. The headlines speak for themselves.

In fact, many users have either survived an overdose themselves or have lost someone close to them due to an overdose.

Due to medical supervision and the immediate access to Narcan (naloxone), a drug that can reverse the effects of an opioid overdose, there have been more than 2,000 overdoses at the facility but not a single death. It has also been found that Insite users are 70 percent less likely to report needle-sharing than those who do not use the facility, leading to an anticipated decrease in the incidence of HIV/AIDS.

Due to the extension of counseling and other means of drug rehabilitation at the facility, not only are addicts staying alive, but they are being given a direct lifeline to recovery that users on the street do not have access to.

No one wants to see the persistence of a disease like addiction, and none of us want to look in the mirror and believe we’re giving addicts a place to pursue what’s killing them. As an aspiring substance abuse counselor, I certainly don’t. But we aren’t in the position to go with what makes us feel good anymore.

We aren’t in the position to call something like prison a solution and then wonder why we have an epidemic on our hands. We don’t have a chance at becoming an ideal society right now; simply a better one. A healthier one. One that sees more birthdays.