Here's To Autism Siblings, From One Herself
Odyssey
CurrentlySwoonLifestyleHealth & WellnessStudent LifeContent InspirationEntertainmentPolitics and ActivismSportsAdulting
About usAdvertiseTermsPrivacyDMCAContact us
® 2023 ODYSSEY
Welcome back
Sign in to comment to your favorite stories, participate in your community and interact with your friends
or
LOG IN WITH FACEBOOK
No account? Create one
Start writing a post
Relationships

Here's To Autism Siblings, From One Herself

You're more important than you think 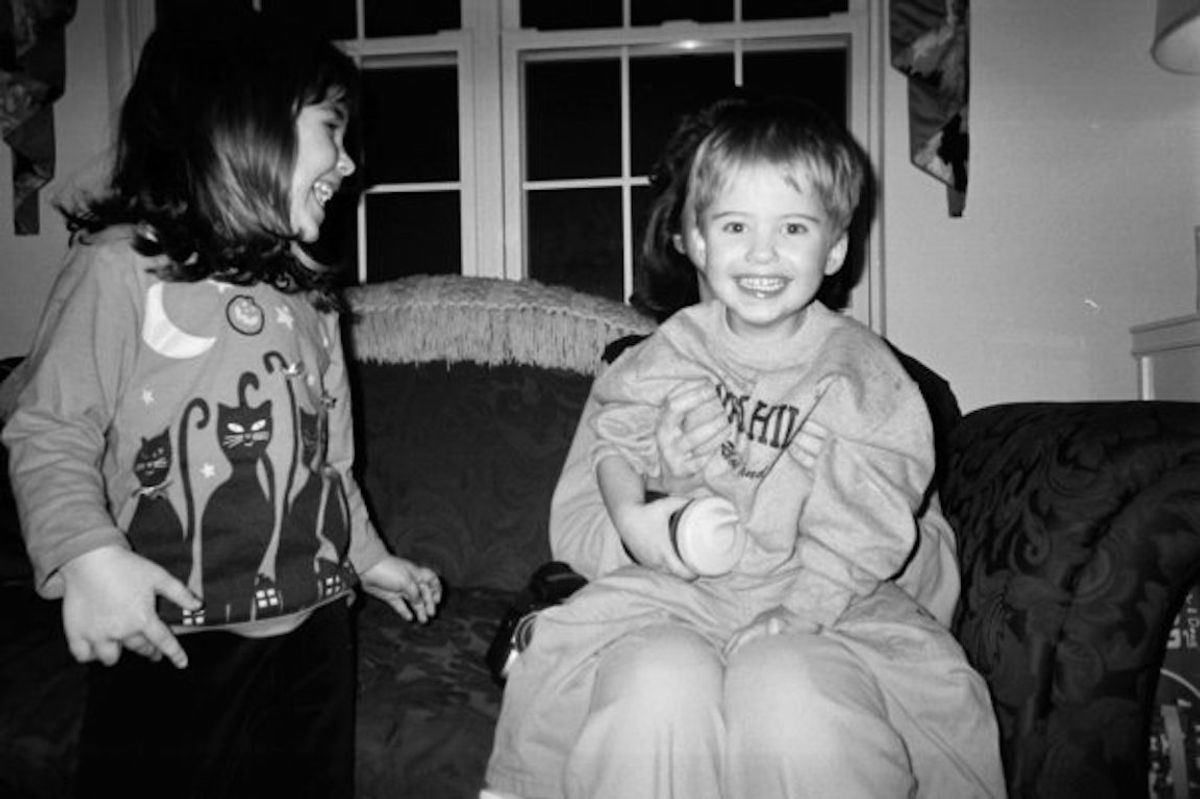 April is Autism Awareness month, and it is always a special but hard time of the year for me. When I was four years old, my younger brother was diagnosed with autism, and even to this day it still impacts my life greatly. Don't get me wrong, I absolutely love my brother regardless of his disability and for who he is, because, in all honesty, he is an amazing person and has taught me so much along this journey.

But being a sibling of autism is not an easy thing to do.

As a child, I didn't fully understand what autism was, and I didn't know what to exactly think about it. I remember asking my parents countless of times, "When do you think he'll be able to talk again?" or "How much longer?"

And even when my parents didn't know how to respond, it would settle into me that I wouldn't get to ever have the typical sibling experience.

Instead of going to the park to play on the swings or fighting over the tiniest things, my childhood consisted of being dragged to many doctor's appointments, or not even seeing my brother, because someone always had to be with him to make sure he was okay, and I was too young to understand that his priorities came first.

When you're an autism sibling, you sometimes start to feel this feeling of being pushed to the side, even if it's not directly intentional and you know it's for the better. People are either more concerned with your sibling and won't stop asking questions about how they're doing, and you just feel as if no one is there to look out for how you're getting through this because it's definitely hard on you too.

When you're an autism sibling, you sometimes feel afraid to bring up that you have a sibling with autism, because they might not comprehend all of the emotions and hard times that you've been through with your family.

I still find it hard sometimes to tell some of my closest friends, because even if I can trust them with anything, I know they won't be able to help when I need it because they can't relate to all of the experiences I've dealt with.

When you're an autism sibling, you often feel lost, wondering when or if things will ever change, or why they had to happen in the first place. You wonder if one day they can graduate, live and work independently, fall in love, start a family, etc.

Growing up, I always felt so jealous of my other friends who could have a typical relationship with their siblings, because I knew mine with my brother was anything but typical.

If I ever saw one of my friends fighting with their sibling, or ranting about how much they couldn't stand them, I would just want to shake them and yell, "At least you have someone you can talk to! Don't take advantage of that!!"

When you're an autism sibling, you feel guilty for feeling all of these things, because you know your sibling can't help having tantrums or scream. But at the same time, you have your own limits and sensitivities too, and you can't help but feel alone because you know that these don't compare to the limits that your sibling has and that they need more attention.

But being a sibling of autism doesn't have to be a burden.

Without my brother's disability, I would not have learned everything that him and being a sibling has taught me. I wouldn't have learned that there is no such thing as normal, or that I've gained so much strength from taking on my role as the older sibling.

I wouldn't have learned that even as a sibling of autism, I've taught my brother many things as well, which have helped him along his journey too.

But most importantly, you're doing the best that you can to make it day by day, and don't ever forget how strong you are.