The Heart Of The Horse

American horse racing depends on the heart, not the drugs. 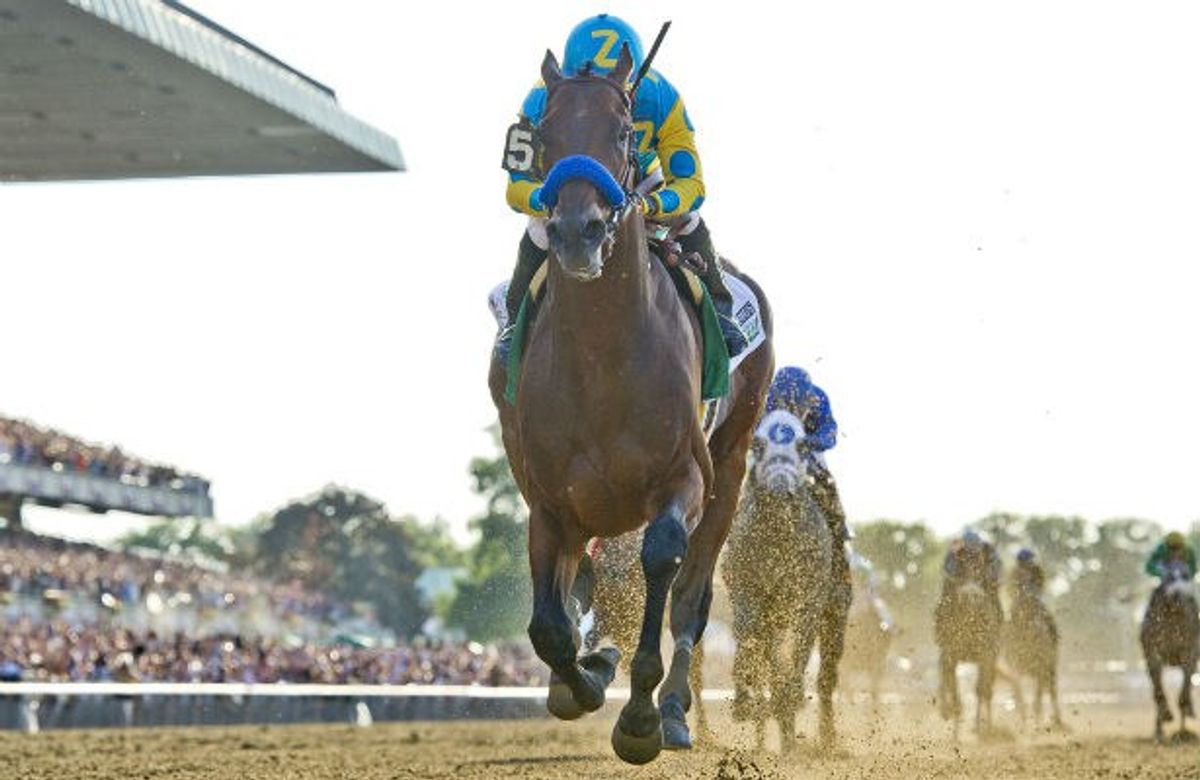 In 2006, a horse walked onto Pimlico track with his head held high. He had just won the Kentucky Derby three weeks earlier, and now he was on his way to become the 12th Triple Crown winner. The bay went into the chute easily, like usual, and bobbed his head as he prepared to take on the field of nine horses. He broke from the gate smoothly. Within two feet, he was surging down the dirt track. Within 100 feet, he was being pulled up by his jockey Edgar Prado, and within 150 feet, he was holding his back leg off the ground. The hope of a Triple Crown winner gone in a matter of seconds, and the life of another thoroughbred race horse diminished by the Sport of Kings.

Barbaro was an inspiration to the American people, not only on the track, but through his surgery at the University of Pennsylvania, New Bolton Center. He became an icon for the sport who now has his own stakes race, and a statue at Churchill Downs in Kentucky. Barbaro showed us how horse racing can affect us all, just like it did during the Great Depression. Some people believe that horse racing is inhumane, with the drugs and training methods involved, but those who favor horse racing deserve a voice as well.

The chances of horses breaking down have increased since the days of Secretariat. Yet there is one thing that hasn’t—and that’s the heart of the horses who run. It may be an unproven fact that these horses were born to run, as some people claim it’s simply because they are trained to break from a gate and take off, however, one horse can prove this, and that would be Ruffian.

Ruffian was a black filly and a descendant of Bold Ruler and Native Dancer. She was a muscular horse who still had the delicate features and temperament of most thoroughbreds. This filly not only won the Filly’s Triple Crown, but she was thought to be able to beat Foolish Pleasure—the top colt in the United States at the time. However, one miss-step had her break both sesamoid bones in her right front leg. Surgery should have healed the injury, but upon waking up from the anesthesia, she started running. Since she was lying on her side, she could not go far, but instead hit the back wall with her powerful hind leg and broke that as well. With no alternative, and two broken legs, the filly was euthanized.

The story of Ruffian may seem sad, but it’s extraordinary. This is a filly who wanted nothing more in life than to run. One can say that these horses don’t want to do this, but what’s their alternative? To run and jump in cross-country races where they could also break their legs? The sport of horse racing is a tradition, a culture in itself. It brings the big hats, the bets, and the press. The people involved with horse racing live every day for it. They wake up early to exercise horses, they check the newspaper to see who won, or they check the pedigrees of horses for sale. Horse racing is a lifestyle for not only the horses, but the people.

The horses that have fallen are just as important as those that haven’t. They teach us lessons about the sport, and lessons about ourselves. It’s the champions like Secretariat, who won the Belmont Stakes by 31 lengths, that explain to us that horses want to race. It’s horses like Zenyatta, who won 18 starts in a row and became the second filly to win the Breeders cup Classic, that show us that genders are equal. And it’s horses like American Pharoah, who just became the 12th Triple Crown winner and recently won the Breeders Cup, that show us that history can repeat itself. So, as the Kentucky Derby rolls around, remember the horses that have fallen for this sport, but more importantly, remember that these horses are here for one reason—they want to be.

Nicole Marie Nigro
Individual Creator
2675
c1.staticflickr.com
Where to start...... Let me start with the cliche that life throws us curveballs and what we do with it is what counts.