I called my mom to thank her for the flowers she didn't send. 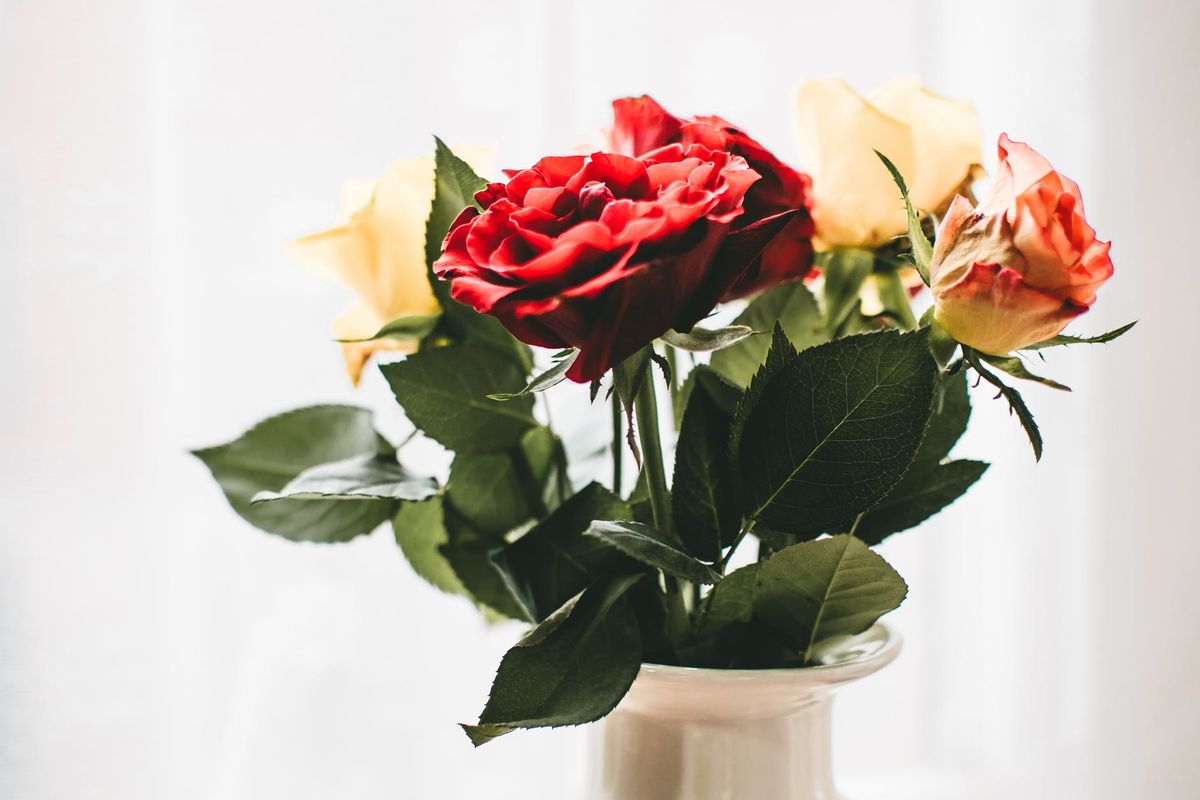 After my longtime boyfriend and I broke up after splitting ways for college, I really took it personally. I was the one to leave because I thought he didn't trust me or at times, I thought he was selfish. It's important to be cautious of these ugly traits when it comes to dating, but when you feel uneasy over a situation like I did (like a new long distance relationship) it's so easy to look and focus on the negatives. So many gestures and things he did were harmless and certainly not selfish. I was just scared and focused on the wrong things.

Matt and I had been high school sweethearts since sophomore year. Since then, it's been a four-year roller coaster with extravagant surprises, devastating heartbreaks, and nonetheless, a ton of laughter between us.

Starting out, we were way too nervous around each other to argue or disagree over anything. So our relationship was full of surprising each other at work with Sonic drinks, fun date ideas, or full-blown surprises.

Dec. 2013- His 'fun date idea' was to drive around looking at Christmas lights for the night, and little did I know he had a bigger surprise. He asked me to "be his girlfriend" right before X-mas in Christmas lights. (This pic is from 2013 and taken with 4. The picture quality is antique, I'm so sorry)

Once his senior year came around, things started to change. We were pretty comfortable around each other at this point and started to see our differences like any relationship.It wasn't until the middle of that year that things really took a turn for us.

When Matt chose a college in St. Louis, three hours away from our hometown, I completely began to overthink, worry about our future. Like plenty of other high school girls may be right now. (Sidenote: to those girls, this does have a happy ending and it will work out for the best.)

In the fall of 2015, I began my senior year of high school and Matt began his first year of college. I felt so lost and it was weird to walk the same halls I have for two years without him. It may have been too much, but I couldn't stop thinking about the next time I got to hear from him. We saw each other on the weekends and he would come home for football games, but it still wasn't like seeing him daily.

The further the semester progressed I began to notice something changing in our relationship. He began to grow jealous and wondered where I was all of the time. I took I personal and thought he didn't trust me. We had our first break-up, but it wasn't long before we got back together. Everything was fine until I committed to a college in Branson, Mo which added another thirty minutes to our distance.

We let doubt into our relationship and it just went downhill from there. I, again, didn't think he trusted me to go to a different school. I left with a heavy, bitter heart. Before we left for school that fall, he tried taking me on a date to tell me he loved me, and he was sorry. I was stubborn and couldn't have been more uninterested. I thought it was just his way of getting me back and he just wanted me to think he was sorry. That's how all boys do it right? Flowers, chocolates, I'm sorry, and then everything is fine.

Throughout my freshman year, Matt and I kept in contact..kind of. We called or texted each other maybe once a month but nothing regular. We visited each other on Christmas break, I found out that he joined a fraternity, and instantly I thought he'd be completely undatable. (No offense to frats, but your reputation scares girls sometimes..) I told him we could go on a date or I'd call soon but that never happened.

During my lunch break on Valentines Day, I got a call that I had flowers waiting for me at the post office. When got them, I read the mini card that said, "Just wanted to remind you how loved you are." I called my mom to thank her for the flowers she didn't send.

I didn't text him after Christmas break, so I thought he'd be the last person to send me flowers. All I could do was text Matt to say thank you and roll my eyes. He sent me them to "win me back," right?

I guess he won.

Matt could have signed the card and made me aware that he was still thinking about me, but he didn't. It didn't hit me until we were joking about it at his formal this year.

When Matt sent me flowers, he didn't want me to focus on them being from him. He just wanted me to know I was loved. He knew I'd figure out who my roses were from, but he was right. I felt so loved when I was handed flowers in the post office.

He didn't care where I was, where I had been, or who I had been with. He genuanley cared about me, and I don't think anyone coiuld ask anything more out of a person. He loved me, but it took an anonymous card from 4 hours away to stop being oblivious to it.

I don't know where guys like this exist anymore, but I'm blessed to have found him.

I Am Beautiful Because...